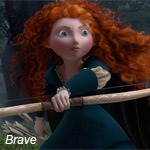 Disney-Pixar is taking its next feature film “home” for a special premiere.

Brave, the next 3D animated feature from the Emeryville-based powerhouse, is slated to have its European premiere June 30 as the closing film of the Edinburgh Film Festival.

Set in medieval Scotland, Brave follows the adventures of the princess and archer Merida, who confronts an ancient evil. The film features many Scots in the cast, including lead Kelly Macdonald, Billy Connolly and Craig Ferguson.

The acquisition was hailed as a boon for the festival and for Scotland’s touristic and cinematic futures.

“Brave will be the most high-profile film ever set in, and themed around, Scotland, featuring Scottish stars. We are looking at a film which comes from the award-winning team behind such box office smashes as Toy Story, Finding Nemo and Up, and will create global buzz when it is released,” said First Minister Alex Salmond in announcing the premiere.

The fest announcement comes on the heels of a deal between Disney-Pixar and Visit Scotland to jointly mount a campaign promoting tourism in Scotland.

The premiere also will help promote the general U.K. release of the film in August.