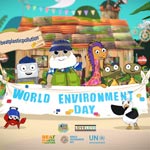 Bottle Island centers on the adventures of a group of quirky friends as they work together to save their home, Bottle Island, from the rubbish that washes up on the shore. Through their eco-adventures, the characters discover the wonders and perils of the world around them.

Using characters from the series, the studio is producing an animated short, zeroing in on the importance of combating plastic pollution for children, and the everyday ways in which they can stop plastic pollution around the world.

The Beat Plastic Pollution film will be distributed across the United Nations and its social media to encourage global communities to partake in World Environment Day. Individuals can also share their own plastic pollution stories and ways you are helping using the hashtag #beatplasticpollution.

LoveLove Films created Bottle Island based on their own experiences with litter pollution and its impact on the iconic beaches near their animation studio in Bournemouth, UK.

World Environment Day is an annual celebration of the environment which began back in 1972. The event is celebrated by thousands of communities worldwide with the aim of encouraging global action to protect the planet and take ownership of their environment.

The theme of World Environment Day is chosen each year by its’ host country, with this year’s host India choosing Plastic Pollution as the pressing issue to tackle.

You can watch the Bottle Island short here. 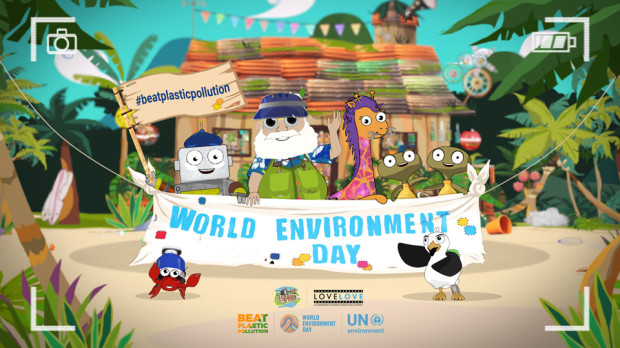