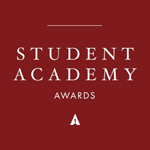 This year’s honors, which were presented by the Academy in October in Beverly Hills, were chosen out of 1,587 submissions by 356 film schools. What made the animation honorees particularly intriguing were the thoroughly modern movies these students created, exploring themes of same-sex adolescent attraction, the struggles of a gravely wounded war vet, and the impacts of modern technology on our lives.

Life Smartphone, a wry look at the mishaps that befall people glued to their devices, was completely hand-animated by Chenglin Xie, formerly from China Central Academy of Fine Arts. He earned the sole Gold Medal for animation from an international film school, and he is now a student at the USC School of Cinematic Arts. Life Smartphone was also officially selected by over 50 international festivals and was nominated for Sundance’s Grand Jury Prize.

Chenglin actually credits his father for the film’s inspiration. “My father told me many times that a person who studies art should pay more attention to their surroundings rather than their smartphone screen. After I shut down my phone I found people around me were always playing with theirs, including my father! So I did some research and found many people get hurt doing that, so I decided to make a film to try and talk about this phenomenon.”

His darkly funny film unfolds in a side-scrolling manner, which mirrors the side-swiping motion people use with many smartphone apps. However, Chenglin credits more traditional filmmakers with fueling his desire to direct films, including Steven Spielberg and George Lucas (whose images grace his Facebook page). “They’ve influenced me to use a visual language to tell stories. When I face problems I do not know how to solve, I watch their movies to get inspired.” But don’t expect him to give up modern technology, despite the cautionary tale of Life Smartphone. Asked if he expected to take selfies during the Student Academy Awards events, he admitted, “I think I will!”

Technology’s impact was also the theme of E-delivery, the national Bronze Medal winner animated by Young Gul Cho, who recently completed the M.F.A. program at New York’s School of Visual Arts. Her 3D CG film depicts robots that churn out designer babies. As Cho explains, “The idea is that as artificial intelligence keeps developing, it might finally come to the area of making babies by following the customers’ orders.” E-delivery clearly makes an analogy to single-cup coffee makers, with each baby’s characteristics chosen from a menu of choices. “When people see my film, they just laugh. It can be humorous and horrifying at the same time.”

Among the influences Cho says inspired her to depict a future of machine dominance was Dada artist Raoul Hausmann’s 1919 piece Mechanical Head (The Spirit of Our Time). Though Cho uses no dialogue, E-delivery makes it clear what is going on, as her beautifully lit and detailed machines assemble the humans of the future. “That realism is exactly what I wanted,” she says. Especially notable is that her sophisticated computer animation was created completely by Cho over six months’ time.

After seeing this film, it’s not surprising that the visual effects powerhouse Framestore offered her an internship. But she is also skilled in 2D motion graphics, and has worked as a freelancer for Nickelodeon. “I’m interested in both 2D and 3D,” she says, adding that her goal is learning to work with other team members.

It’s actually a hallmark of this year’s Student Academy Award-winning films that the animation was done almost exclusively by the honorees themselves. Silver Medalist Devon Manney did enlist some of his fellow USC students to handle color and background work on his hand-animated film Cradle, which runs over 14 minutes long. He was able to pay those artists, as well as Julliard-trained composer Saad Haddad, with funds raised through Kickstarter and a grant from the Sloan Film Program.

Cradle explores the heartbreaking trials of a war veteran who lost both of his lower arms while fighting in Iraq. Manney explains, “I don’t have first-hand knowledge of anybody like this character, but I grew up in the post-9/11 period and I wanted to try and understand it more.” Especially poignant is the excruciating phantom limb pain that his main character endures, which Manney viewed as a profound metaphor. “It’s still misunderstood,” he points out. “You see amputees in the media sometimes, but their phantom pain never comes up.”

Manney believes that the animation medium enabled him to portray this vet’s plight more directly than live action would. “That would be a lot harder because of the suspension of disbelief that you’d have to break down, which really doesn’t exist in animation.” Still, it took two years to develop Cradle, and Manney credits the support of USC professor Sheila Sofian (a Student Academy Award medalist herself). “What kept me going was the hope that people will look at it and feel an emotional connection. I want to use animation to tell stories that no one else has done. This medium has only been in existence for about a century, so there are so many things that no one has done.”

That’s also a pretty apt description for this year’s Gold Medal-winning film, In a Heartbeat. The CG-animated film follows the adventures of a closeted adolescent boy whose heart literally drags him towards another boy he’s pining for. Co-created by Beth David and Esteban Bravo at the Ringling College of Art and Design, In a Heartbeat is that rare graduation film that became a viral sensation within days of being posted on YouTube. Its sweet portrayal of the two boys discovering their mutual attraction even prompted a supportive tweet from LGBTQ champion Ellen DeGeneres, and the Human Rights Campaign posted a link to the film.

All of which left David and Bravo amazed. The pair first got an inkling of the impact their film would have when they posted an animatic on Kickstarter to raise the funds that paid composer Arturo Cardelús. Their goal was $3,000, but they raised $14,000. “That was a moment of: Wow. We’ve got something here. Hopefully we won’t screw it up!” recalls David.

Bravo credits Ringling classmate Hannah Lee for the idea of a boy whose heart pops out of his chest to chase down a girl that he likes. “I was reluctant because I thought I didn’t have anything new to say. Then Beth and I asked ourselves, ‘What if these people were the same gender?’ It was something we were able to relate to that we thought wasn’t being done in animation.”

The pair shared the animation duties equally, often finishing each other’s drawings. They hope to collaborate again, although for now David is working on JibJab’s StoryBots, and Bravo is a story artist at Blue Sky Studios. As David notes, “Working together on a project like this was helpful in understanding how the industry functions … if only on a small scale!” 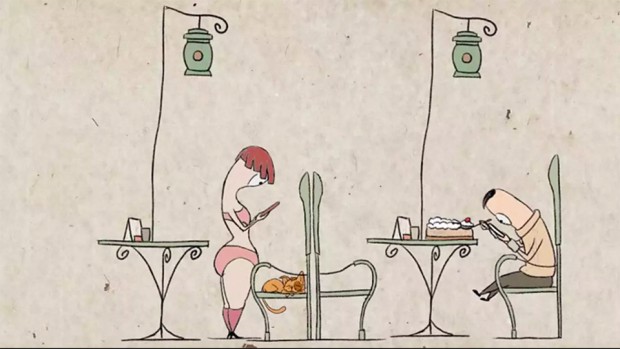 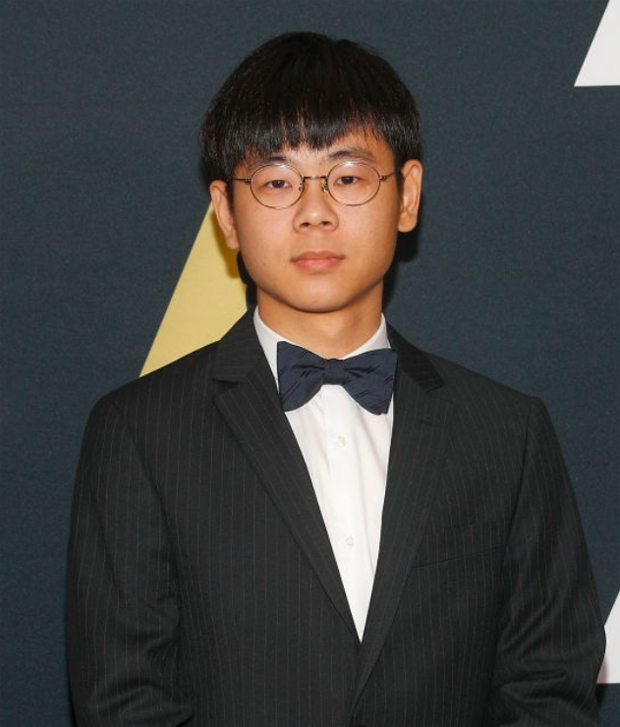 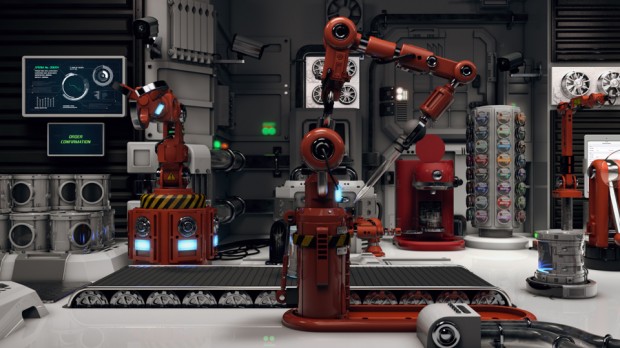 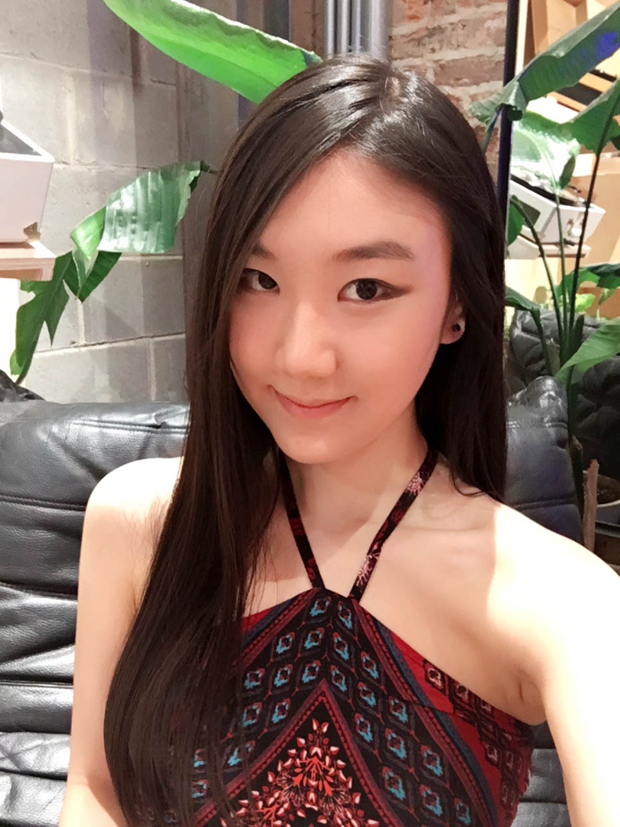 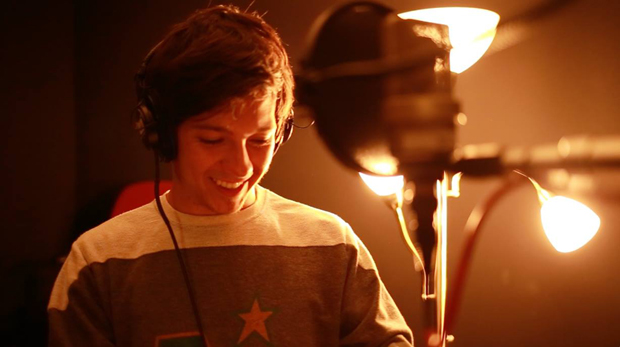 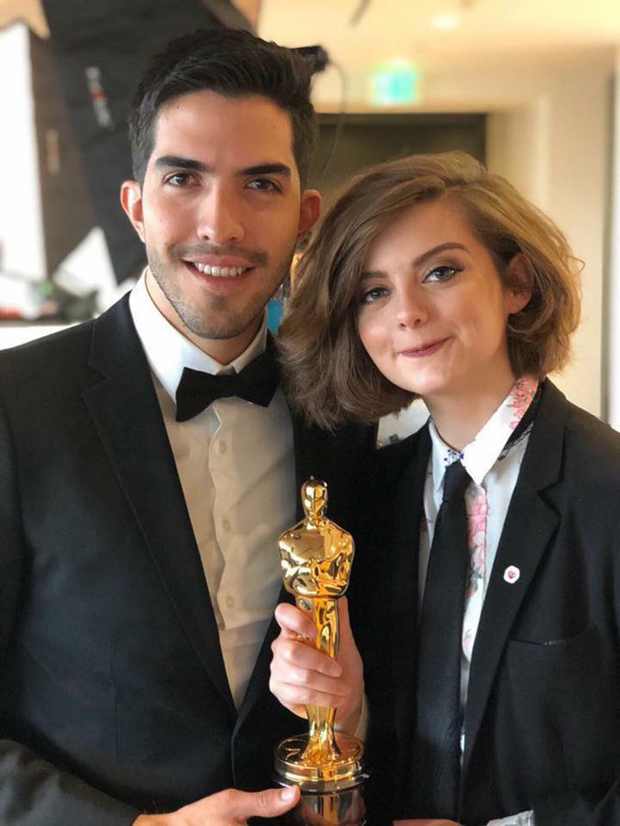