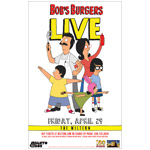 Bento Box Entertainment and Loren Bouchard’s Wilo Productions is bringing back the Bob’s Burgers Live! show to Los Angeles for an extra special event following a sold-out tour. The stage event has been touring since 2013, selling out every engagement, and in 2015 alone averaged nearly 3,000 attendees at eight events in Minneapolis, Chicago, Madison, Detroit, Washington, Philadelphia, New York and Boston.

Bob’s Burgers Live! 2016 will kick off April 29 at 8 p.m. at L.A.’s The Wiltern. The exclusive comedy and musical extravaganza will bring together the cast and creator of Fox’s Emmy-winning animated hit to celebrate 100 episodes (with No. 100 airing May 22). The night will include a live table reading of a classic episode, stand-up comedy performances, a sneak peek at clips from upcoming episodes, musical performances and more.

Tickets go on sale February 19 at 10 a.m. PST at wiltern.com and livenation.com, with a price range of $49.50 to $69.50. Live show merchandise can be found at bobsburgerslive.com. 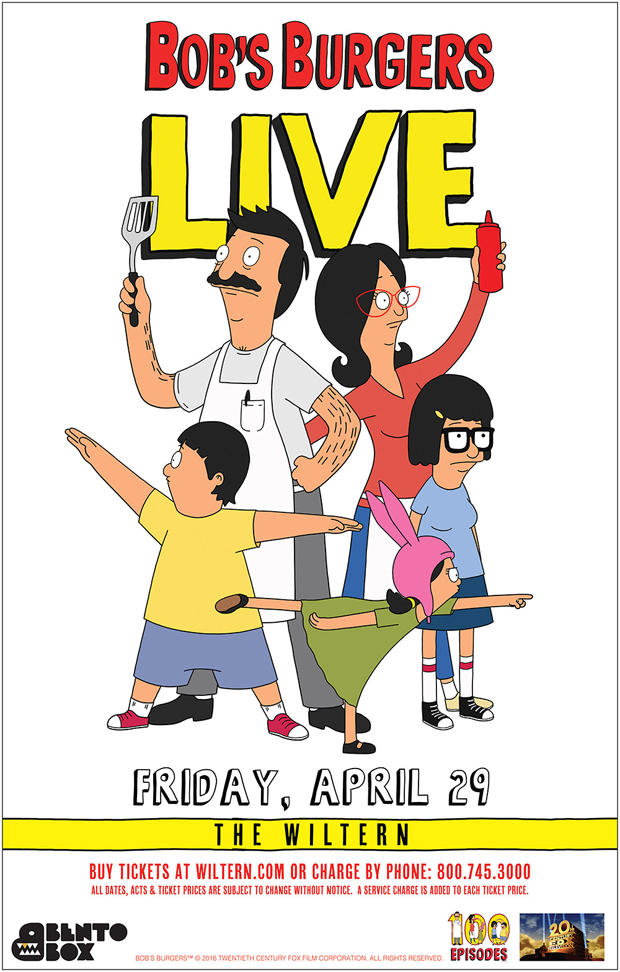