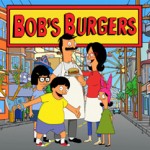 Loren Bouchard’s Emmy-winning animated comedy Bob’s Burgers, which recently got picked up for a 22 episode sixth season on Fox, will be touring the States in 2015 with Bob’s Burgers Live! VIP ticket pre-sales have launched at bobsburgerslivevip.com, which shows tour stops across the Midwest and East Coast.

DHX Pairs ‘Dimensionpants’ with Broadcasters
VES Announces 2015 Board of Directors