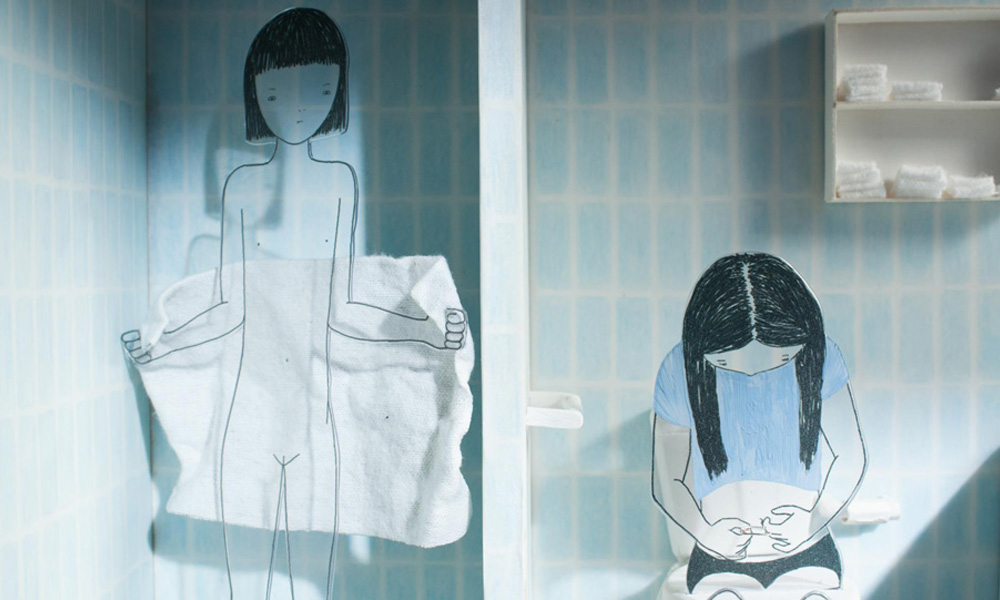 The 26th International Festival of Animated Film Stuttgart (ITFS) concluded Sunday evening after six days of screenings and special events. This year’s festival brought around 80,000 films to screens — including the open air venue at the Schlossplatz, despite the wintery temperatures. In competition, Nienke Deutz’s Bloeistraat 11 came out on top with the overall Grand Prix, an Oscar-qualifying award.

Celebrating all European animation, the 2019 ITFS opened with Sahdi Adibs’ Ode, winner of the 2018 Animation Film for Europe competition, which then ran daily on the open-air screen. The opening day attracted nearly twice as many attendees as last year.

“The ITFS has shown more than ever that it is not only a central place for technological innovation and film art, but also a festival that brings together a wide variety of people and positions to celebrate animation and democracy – just as we imagine Europe to be!” said Managing Director Ulrich Wegenast.

In addition to the varied film program of shorts and features, In Persona presentations by renowned filmmakers and school and studio presentations, the GameZone at Kunstgebäude showed the latest games developments. On Friday and Saturday, the band Der Plan presented two concerts showing how animation can be used for artistic stage sets. Industry representatives learned about the latest business models for animation and the combination of animation, technology and pop culture. Another highlight was the German Voice Actor Award, toasting nominees Aylin Tezel, Nellie Thalbach and Otto Waalkes as well as Bernd Kohlhepp, Dodokay and Eric Gauthier at Renitenztheater.

“We have once again succeeded in bringing the international world of animation together in Stuttgart and in changing the state capital with its many guests from all over the world noticeably and visibly during these six days and making it more vibrant,” said Managing Director Dieter Krauß.

State of Baden-Wuerttemberg and the City of Stuttgart Grand Award for Animated Film with a cash prize of €15,000

“The story of the friendship between two young girls, takes us back on a journey to our childhood and lets us almost physically relive memories. With an unusual use of materials, which are a fundamental part of the storytelling, and subtle design, the director evokes a closeness of feelings we all connect to. Pure and honest, the film creates the magical atmosphere that only cinema, in its best way, can achieve.”

“In a fresh combination of bold graphics, absurd humor, a touching coming-of-age-story is told, putting us inside the life of a contemporary family using surprising scenes. The director lets us empathize, in an expressive and edgy way, with a young boy who is trying to cope with the emptiness of a missing father. We are curious to see more films from this director.”

Award for the best graduation film with a cash prize of €10,000, sponsored by MFG Film Funding Baden-Wuerttemberg

“We are set into a social observation scenario that pushes us to face the underlying animal-like behavior, that challenges our daily life in a controlled civil environment. The lively character design and animation, contributes to this precise analysis of primeval human instincts.”

“Art exhibitions, mushrooms and boom operating are a unique combination, even for animation. Sounds Good explores those under-appreciated topics in a playful and experimental way. The sound-driven film connects an intriguing rhythmical montage with unconventional perspectives and a reduced graphic style and color scheme. For us this sounds good. Looks good. Feels good, too.”

“We would like to thank everyone involved with the festival for inviting the three of us to work together on this jury. First, we would like to acknowledge every filmmaker who submitted a film for consideration, and particularly the 10 whose films we viewed in the past week. Each one was a labor of love and clearly born of a deep desire to tell their story. We chose the film Mirai No Mirai. We appreciated so much the filmmakers inviting us into this home, and offering us the opportunity to watch this family grow together, and to help us understand our deep and human connection to those who came before us.”

Cash prize of €1,000. Donated by the Animation Family, the most faithful fans of ITFS.

“It’s the little things that count. Everyday life, small rituals after a hard days’ work, a stroll at the lake. These little things mean so much, especially if they cannot be enjoyed daily. Our winning film tells these miniature stories, underlining in the truest sense of the word the experiences of immigrants and points out that home is where the heart is. We are very happy to award the FANtastic Prize to Bear with Me and welcome Daphna Awadish to the Animation Family!”

Award for the best children’s animated film with a cash prize of €4,000, sponsored by Studio 100 Media | m4e

“… because it’s beautiful. We liked the way the subject of aging and dying was presented. The film was sad, but it also gives courage and shows that beloved people never really leave us, but live on through our memories… perhaps above the clouds, perhaps with a dragon.”

“Aisha’s Light is a classic and at the same time ever-so-current tale about friendship and the bringing together of different religions and traditions. It is also an action-packed adventure which seeks to illuminate the screen with the ‘fireworks of enlightenment’ – and we are very much looking forward to seeing it!”

Otto Waalkes in The Grinch

“Often in animated films one expects a firework of gags and overwhelming images — and The Grinch certainly has that to offer — but here, thanks to Otto’s art of language, quite universal and fundamental questions of community and living together are posed, which we have increasingly lost lately.”

For a creative, innovative project with a cash prize for nominees and the winner in total of €35,000, donated by Studio 100 Media GmbH | m4e AG

“Juli auf dem Zauberberg is full of witty details and interesting visual solutions, and the series captivates us by being close to reality and far from it at the same time. This is all the more astonishing, as the outlandish characters have absolutely nothing to do with writer Elisabeth Jakobi’s family environment! The visual style, the first scribbles and mood pictures for Juli auf dem Zauberberg give us an idea of its international potential, while the created life-world could serve as a blueprint for any German patchwork family. With its subtle humor, sometimes absurd storylines, and droll cast of characters, the series project never comes across as patronising or tiring. At every turn, new adventures and surprises await us, fascinating young and old alike. And when Juli can overcome her fear of spiders alongside the course of the series too, it has a marvellous pedagogical side effect. But, same as everything else in Juli auf dem Zauberberg, this is a matter of sheer coincide.”

For innovative business concepts in the field of animation with a cash prize of €7,500, donated by Verband Region Stuttgart

“CoboStories is an app and a physical stand that allows teachers and pedagogues to create stop-motion movies and digital books with children and pupils. The tool supports teaching in a creative process and is based on the 21st century learning skills as well as the ‘Four Cs’: Creativity, Critical thinking, Collaboration and Communication. CoboStories, developed by the Danish media house Copenhagen Bombay, impressed us not only with an exceptionally well-developed and scalable business model but also with a great product that is worth of promotion and support. We particularly admire CoboStories’ mission to tackle a socially relevant issue by offering children a playful approach to digital media that encourages creativity through a unique combination of digital and physical tools. There is no doubt in our minds that Sarita Christensen and her team will lead CoboStories to the successful future it is deserving of.”

“The degree of innovation of the design is outstanding. The warm, hand-made backdrops invite you to explore and linger. Above all, the handcrafted quality of the backdrops used makes Trüberbrook *the* game of the year.”

“The jury were impressed by the high standard of all projects. We were touched by all the pitches and those stories the world needs to see. It was a difficult choice but there was one story that really moved us. Traitors of the Eye is a story of loss, identity and secrets, a personal and yet universal exploration that says a lot about families around the world. It uses strong symbolism to convey a moving message. We know how challenging this will be for the creators, but we trust that their story needs to be told.”

“All of the films in this year’s competition are equally impressive and it is always a shame that there can only be one winner. We would like to firstly give a special mention to Noura and Louay from Lebanon for their film TR1-X1. This year’s winning entry goes to the team from Beijing, China. The strength of the story was matched by the skills of the artists. The film was strong in content, nicely animated in the time allowed and the camera, timing and overall storytelling really stood out. Congratulations to Jin and Zhao!“ 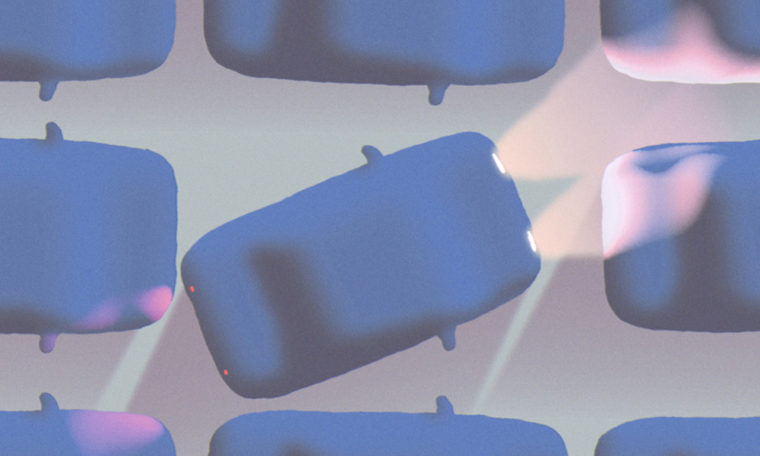 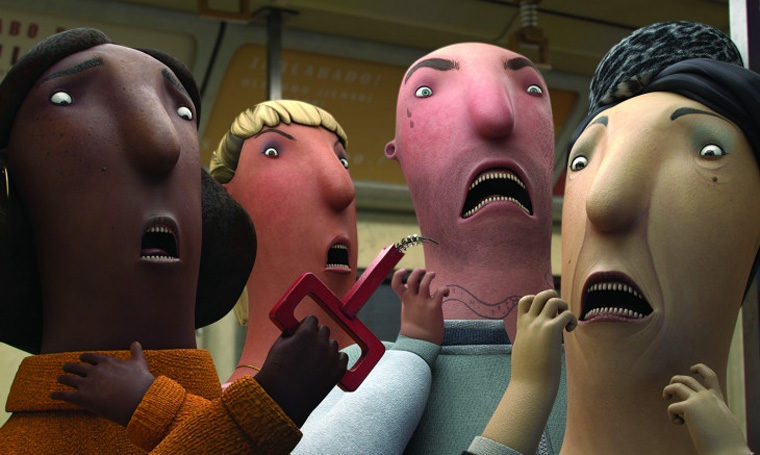 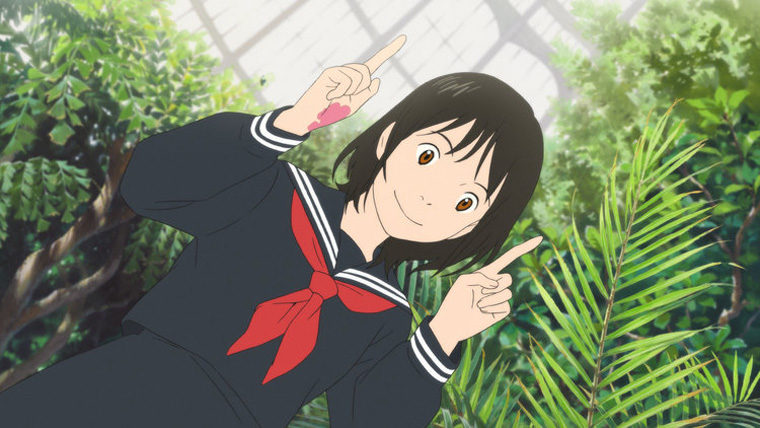