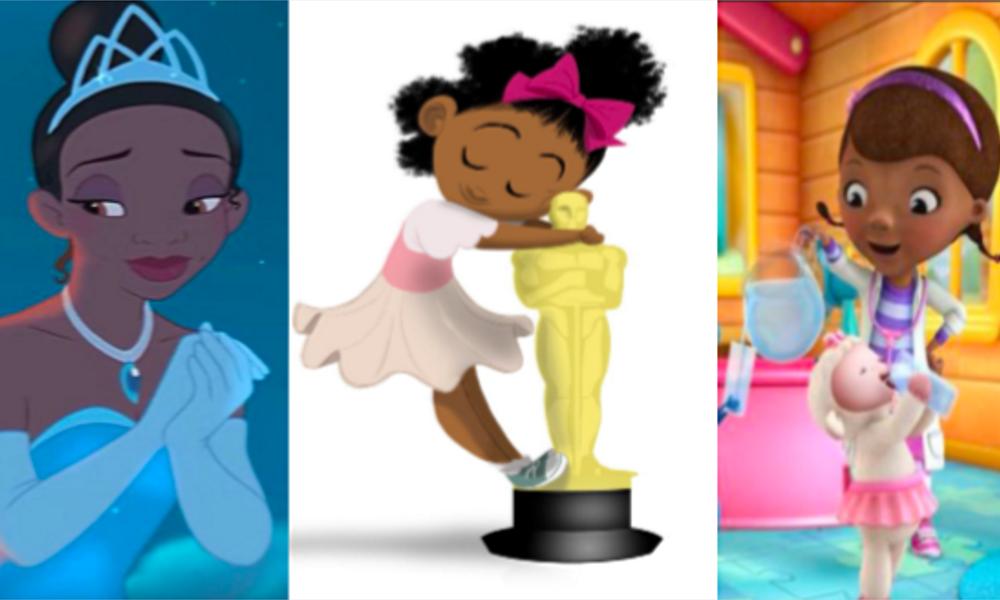 One of the most powerful events of this year’s online Annecy and MIFA program was the Women in Animation panel titled “Black Women in Animation: Looking to the Future,” which went live on Wednesday (and is free to watch at online.annecy.org). Featuring Camille Eden, Nickelodeon’s VP of animation recruitment and development; Karen Rupert Toliver, exec VP of creative at Sony Pictures Animation; screenwriter Misan Sagay (Belle) and writer Jade Branion (The Chi), and moderated by Columbia University professor of film studies Jamal Joseph, the panel was an honest discussion of the challenges of breaking into animation as a Black woman, and what animation executives can do to improve the landscape in terms of diversity and representation.

“We would like to see parity in the field of animation, where we have 50 percent men and 50 percent women, but women of color have a much lower number in the field because of their oppressed history,” said Joseph in the intro. “The face of animation is mainly the face and positioning of white men, and we’d like to reimagine the future through the lens of women of color in animation.”

Each panelist told stories about how she got into the entertainment field, and shared the difficult experiences of starting out being the only Black woman in the room.

Eden recalled that after she graduated from film school in San Francisco State, the opportunities were few and far between. “I applied for a year to get a job at a visual effects company, and even then, I got my foot in the door by getting a job at the security department,” she noted. “I had to literally pitch myself to the producers to take a chance on me. When I moved into animation and recruiting, the number of people of color working in the business was very low. You never saw anyone who looked like you, so I decided to do something about that and reach out to those artists — because there are out there. I embraced the mission to focus on inclusive hiring even before we talked about it as a word. There is so much untapped talent out there.”

Toliver talked about growing up being the only Black girl in a private school in Dallas, and how she had to accommodate all her white friends, while they told her that they felt uncomfortable being around black people. “I was used to being the only Black person in the room, and I came to Hollywood wanting to make Black films,” she said. “I stumbled into Disney Feature Animation, and I knew how powerful those animated movies were. I was enamored with them, but I could see that there was a big problem with representation. Before Princess and the Frog, there were not any real Black stories told. I remember writing a memo to my boss about how difficult it was to be the only person in the room who thought that was important. Cut to today, and the discussion has quite evolved although we still have challenges. But I was grateful to be in a role that I could make an impact.”

Sagay, who grew up in Nigeria, said she felt very lucky that the first script she wrote was sold and made into a movie. “It used to be that you had to convince people in charge that your voice was relevant and interesting and that there’s an audience for it. Now, the audience is crying out for it. I am currently working on an animated script for Netflix and I find it very exciting, because animation gives you a lot of freedom as a writer.”

She went on to discuss how important it is for children to see themselves represented in animated shows and movies. “I never saw that as a child,” she recalled. “Films are the family portrait of humanity, and it’s like you are looking at a family photograph album and you’re not there, and you’re asking yourself, ‘Where am I?’ It’s feeling completely erased from the narrative as if one doesn’t exist. I feel we minimize the depth of the wound that this creates for the child. Thinking about all the fairy tales we saw, it wasn’t that you weren’t allowed to have a happy ending — you weren’t even allowed to be there.”

Toliver, who received an Oscar last year for producing the acclaimed short Hair Love, said, “When I had the chance to produce Hair Love, it was such a cathartic, personal experience to be in a room of creative people like me. It’s incredibly important to get [inclusive] images like that out there. We need to bring more people in. Artists write about what they know. We need to create a platform for bringing in new filmmakers where we can tell diverse stories and support them.”

Eden shared the experience of taking her then two-year-old daughter to see Disney’s Princess and the Frog. “I was worried that she may not be able to really enjoy the movie because she was so young, but she was so into that story. She actually shushed me! This was the first time she ever saw a Black princess on the screen. I had never experienced that when I was growing up. We had The Proud Family and Bébé’s Kids, but you are so hungry for more images. I can imagine the fight involved to get those shows on the air back then.”

She added, “In my position, I am going to use my ability, skills and knowledge to help more people get in the room and have a seat at the table … The world is not one color. When you look at the makeup of this world, the majority of people are something else. These are stories that need to be told.”

Sagay pointed out that it was only until the last few years that she got to pitch her projects to a person of color. She remembered a time that she was told by a TV executive that her project (which featured a Black protagonist) wasn’t suitable for Sunday night viewing in the U.K. “They told me this show feels like something that would be shown on Sunday night, and you’re really not Sunday night people! Which meant: Your presence doesn’t make people feel comfortable.’”

Things were much better years later when Sagay got to pitch to a Black woman executive at Warner Bros. “It felt as if I had been walking in lead boots and someone had taken them off, and I could fly,” she said. “It was a magical experience. I walked out of that meeting thinking, ‘So this is what it’s like to be white!’”

The panelists agreed that things started to change about three or four years ago, where authenticity became more important. Toliver said, “We started to have this consciousness that white savior stories were not going to be the only stories being told … Now that we see an opening, we should prove and show to them that when these authentic stories do get out, they’re going to be well received and we are going to need more. The more stories that are told the better because they don’t get scrutinized. You just get to embrace them all, just like you with any mainstream project.”

So what needs to be done? “They need to hire us!,” said Branion. “It must seem like a daunting task, but there’s so much talent out there. Bring us to your writers’ room. Hire Black showrunners, animators, directors.”

Eden also emphasized the importance of making Black employees feel comfortable and welcome at studios. “If someone comes into your organization and they don’t feel comfortable, they’re going to turn around and leave. There’s enough room at the table for others to have a voice. But you need to have an understanding of how to have an inclusive workplace and that comes from the top.”

You can watch this panel and several other important Women in Animation panels featured in the Carte Blanche section of online.annecy.org.

From left, Disney’s The Princess and the Frog, Hair Love, Doc McStuffins and The Proud Family are some of the few animated projects with strong black female protagonists and subject matters.

You may also like...
Related Topics:Annecy, Black Women in Animation, featured
Geographic Region:Europe