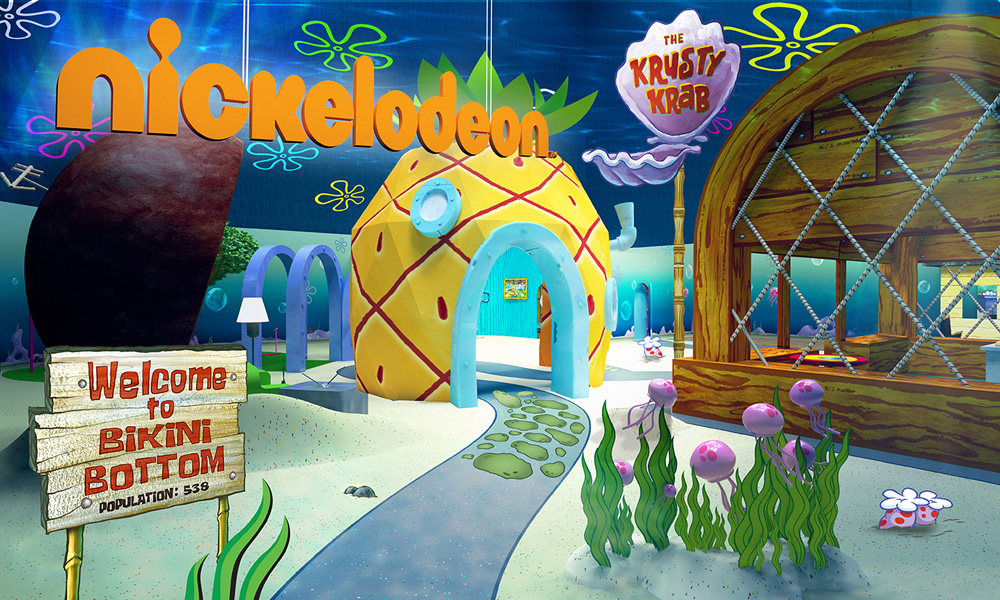 Tickets for SpongeBob SquarePants: The Bikini Bottom Experience are available today on www.bikinibottomexperience.com, where visitors can also sign up for updates.

“As we continue to celebrate 20 years of the globally beloved SpongeBob SquarePants, we are delighted to offer fans of all ages the opportunity to immerse themselves in some nautical nonsense and interact with their favorite Bikini Bottom characters like never before,” said Charlotte Castillo, Senior Vice President, Franchise Planning, Viacom Nickelodeon Consumer Products.

Activations featured in the Experience are:

SpongeBob SquarePants, which was recently greenlit for a 13th season, has reigned as the number-one kids’ animated series on TV for the last 17 years, while generating a universe of beloved characters, pop culture catchphrases and memes, theatrical releases, consumer products, a Tony Award-winning Broadway musical and a global fan base. SpongeBob SquarePants is seen in more than 208 countries and territories, translated in 55+ languages, and averages more than 100 million total viewers every quarter. SpongeBob SquarePants is created by Stephen Hillenburg and produced by Nickelodeon in Burbank, Calif.