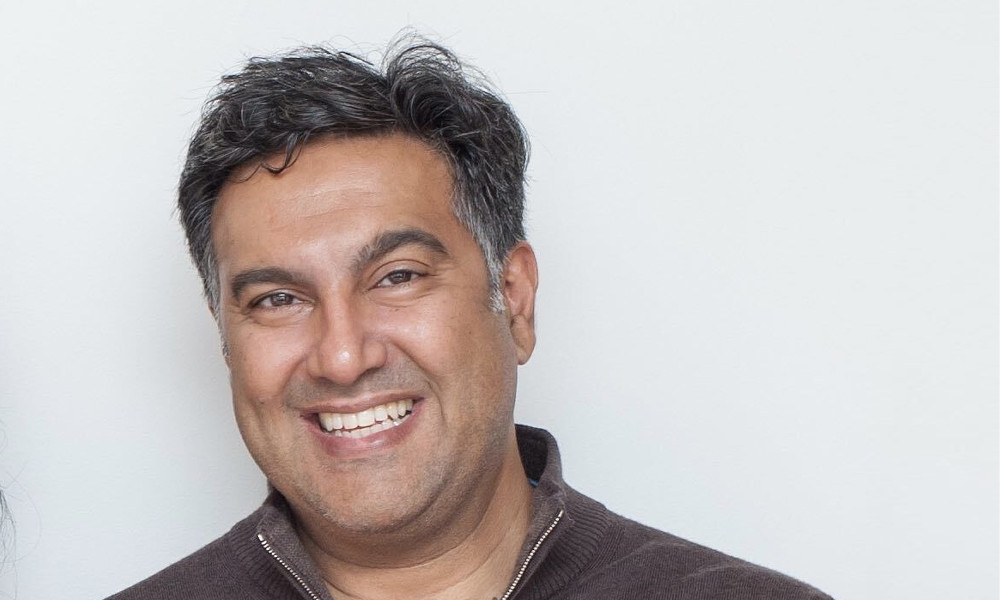 Aly Jetha, Co-Founder of Big Bad Boo Studios and Oznoz.com, has been selected to receive the first ever KEPYR Heroes Award. KEPYR (Kids Entertainment Professionals for Young Refugees) has chosen the veteran producer to receive the inaugural award at the forthcoming Kids Media Stays Up Late! virtual comedy and music event taking place on November 12.  The award recognizes the many years of work and contributions Jetha has given to developing and implementing innovative educational programs for displaced children around the world.

“We all need people to look up to those who ignite in us a greater appreciation of the good we’re capable of,” noted Grant Moran, KEPYR founder. “Aly’s years of dedicated work employing entertainment as a tool to counter distress and trauma for conflict-affected children from Syria and Afghanistan to the Philippines and El Salvador, is inspirational to us at KEPYR. This award is an expression of our gratitude to Aly for the example he sets for service, sacrifice, and profound humanity on behalf of the world’s most vulnerable children.”

With Shabnam Rezaei, Jetha co-founded the multilingual children’s OTT platform Oznoz.com and Vancouver-based Big Bad Boo Studios, an animation studio that creates cartoons that promote diversity and inclusion. Their many award-winning shows include 1001 Nights, The Bravest Knight and 16 Hudson. Over the last decade, Jetha has spearheaded the company’s international development work that partners with UNICEF and NGOs, like Save the Children. Big Bad Boo programs have provided humor and relief to over 2 million vulnerable children in over 20 countries including Syria, Afghanistan, Somalia, the Philippines and El Salvador.

In 2018, Jetha and Big Bad Boo won the World Innovation Summit for Education (WISE) Award at the United Nations for creating one of the most innovative education programs in the world. They were also inducted into the 1 Million Lives Collective for the unique distinction of having improved the lives of over 1 million children living on less than $5 per day. Jetha is considered a leading expert on the use of entertainment to promote diversity, inclusion and life skills and regularly speaks at international venues like the United Nations and the World Bank, as well as government venues like the White House, the British Parliament and Foreign Ministries of various countries.

“The work that I have had the opportunity to do with UNICEF has been some of the most rewarding work of my life,” said Jetha. “I’m humbled by this award, but thank you for it. More than anything though, thank you KEPYR for putting these issues at the top of our minds and for providing a venue for others to engage and make a difference.”

Kids Media Stays Up Late will be hosted by multiple-award-winning actor and music artist Tom Kenny (voice of SpongeBob Squarepants). Produced by Guy Toubes (T.O.T.S., The Stinky and Dirty Show, Hello Jack! The Kindness Show), the virtual fund-raising event will feature sketches by Kenny and fellow voice acting luminaries Carlos Alazraqui, Gary Anthony Williams, Matt Danner and others, and music from Kenny and his band The Hi-Seas, Grammy winner Lisa Loeb and voice & recording artist Grey DeLisle. All proceeds from the event will go to support UNICEF’s vital relief efforts at the U.S. / Mexico border.

Tickets for the virtual event are $35 and are available now at www.kepyr.org.

KEPYR was recently presented with the 2021 President’s Volunteer Service Award for “dedicated service to children around the world.” The organization was founded by industry professionals in 2017 to spread awareness in the global children’s media community about the current child refugee crisis, the worst since WWII, and to rally support for UNICEF’s heroic work serving displaced children everywhere.

UNICEF works in more than 190 countries and territories and has helped save more children’s lives than any other humanitarian organization, by providing health care and immunizations, safe water and sanitation, nutrition, education, emergency relief and more.