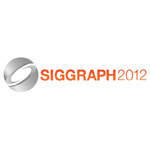 An overview of the key award-winning shorts screening at the 2012 edition of SIGGRAPH’s Computer Animation Festival.

During the 39th SIGGRAPH Conference in Los Angeles this summer, attendees will see lots of the high-end CG that animates today’s studio blockbusters. But when the lights dim for SIGGRAPH’s Computer Animation Festival (CAF), audiences will also see films that haven’t come to “a theater near you.” They’ll witness a dazzling array of short films from artists worldwide, many of whom are students—which makes these screenings, quite literally, a glimpse into the future of digital animation.

The 94 selections in SIGGRAPH’s 2012 CAF were chosen from 601 submissions representing 43 countries, and prizes were awarded by a jury of Cristobal Cheng, David (Grue) Debry, Bruce Jones, Bill A. Miller, Bob Nicoll, Brandon Oldenburg, Dana Plepys, Jason RM Smith and Joe Takai. Because CAF is a qualifying festival for the Academy of Motion Picture Arts and Sciences’ “Best Animated Short” category, the impact for the winners may resonate beyond SIGGRAPH itself. It seems likely we’ll see honors for these films again. 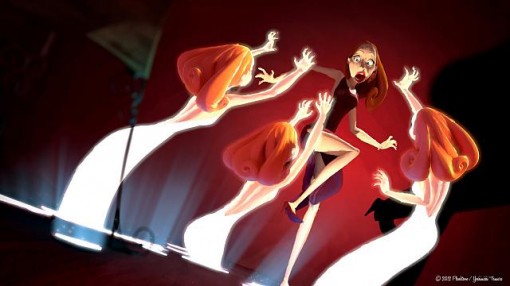 Like a modern take on the famous toon phrase, “Mirror, mirror on the wall,” Réflexion chronicles a young woman wrestling with her reflected image—and the impact that has on her love life. It’s a tour de force of stylized animation, with deft editing and gorgeous lighting.

The thought-provoking short comes from Planktoon, a creative collective of five filmmakers who’ve worked together in Paris for four years. According to one of the principals, Sun Limet, the film’s title is a play on the double meaning of “reflection”—signifying both contemplation and mirrored images. Limet explains that Planktoon develops a new short each year to complement the studio’s commercial work. “We can test techniques and try new things that we cannot do for a regular production.”

While Réflexion was created with Autodesk Maya and Pixar RenderMan, Limet says Planktoon also used a proprietary process to create the film’s 2D shaded style. “We wanted a hand-painted look, and achieving that in a full CG-based film was the most challenging thing for us. We love that people keep asking if the movie was made by hand or CG or mixed media. We wanted to make something we hadn’t seen before.” 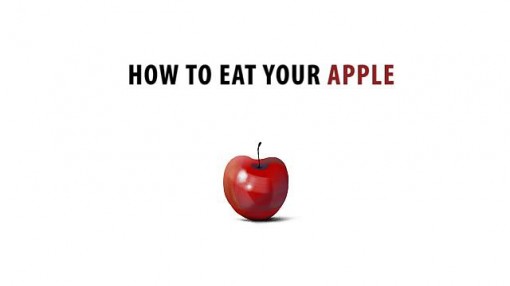 Jury Award: How to Eat Your Apple

Perhaps the biggest surprise of this CAF was the prize for How to Eat Your Apple—and not just because it’s an offbeat, surreal adventure packed into 90 seconds. Apple is also a digitally hand-drawn film, which is not typically highlighted at a 3D-CG festival like SIGGRAPH. Even creator Erick Oh admits, “It was really surprising that the film got this huge honor.”

Oh created the short using a Wacom tablet and TVPaint software, which is a world away from his day job as a Pixar animator (Brave, Cars 2). Yet he says his colleagues were excited about his film, “Even though it’s so different from what Pixar pursues.” (He did enlist Pixar sound expert Andrew Vernon for film’s clever soundtrack.)

The Korean-born Oh, who got his MFA from the UCLA Animation Workshop, sees animation as just one arrow in an artist’s quiver. He exhibits drawings and paintings in fine art galleries, so it’s not surprising that Apple conveys the sense of drawings coming alive. With its odd assortment of ever-evolving elements—including fish skeletons and teddy bear heads—Apple has prompted comparisons to the work of Surrealist master Salvador Dali. But Oh hopes, “Viewers will watch it a couple of time and connect the images to create their own stories!”

When BYU student Lauren Oppenlander pitched the idea of “the world’s greatest hairdresser” faced with a bald female client, her fellow animation students were sold. As director Jeff Call remembers, “With her movements, Lauren brought this flamboyant character to life.” Call, who was voted director by his classmates, led the student animators for a year and a half to produce the six-minute Estefan. The resulting Maya animation, set to passionate flamenco music, is hilarious. Estefan wields his comb and scissors like a toreador’s cape, inventing more and more outrageous solutions to cover his client’s baldness.

Call, who’s now at Blue Sky Studios, appreciates the enormous lessons of Estefan.  But he adds, wisely, “Having learned so much along the way, you wish you could go back and do it again!” 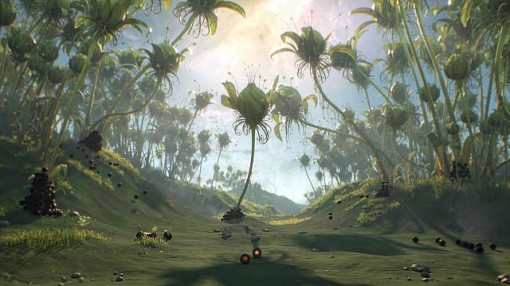 This might be a rare case of a trailer for a short film being honored at SIGGRAPH. “I was surprised,” says director Sascha Geddert. “The film is still in production.” Even a taste of the stereo 3-D Globosome turned heads at SIGGRAPH (though it’s uncertain if it will get a stereo screening there).

But this ambitious effort is nothing less than an abstract meditation on the evolution of life. As Geddert asks, “What makes humans different from bacteria in a petri dish? Will we stop consuming more than our planetary petri dish can handle?”  The “intelligent” creatures that Geddert’s student team animated were brought to the screen with the most sophisticated of tools: 3ds Max, Thinking Particles, GrowFX, MultiScatter, FumeFX, Phoenix, Nuke and V-Ray. And there’s another team at work turning Globosome into a videogame. So this SIGGRAPH recognition may be just the beginning.

Herr Hoppe and the Nuclear Waste

Proving toon humor can make a serious point was the thinking behind this short. As producer Thorsten Löffler explains, “When we started working on our graduation film, the German government stopped the nuclear phase-out law and everyone was discussing radioactive waste. Herr Hoppe, our ‘hero,’ is like Don Quixote, with no chance to get ride of the waste, no matter how hard he tries.”

The Filmakademie team employed a deep toolkit to make their toon tale, from Adobe Flash and Photoshop to Autodesk Maya, Softimage, Solid Angles’ Arnold and Eyeon. 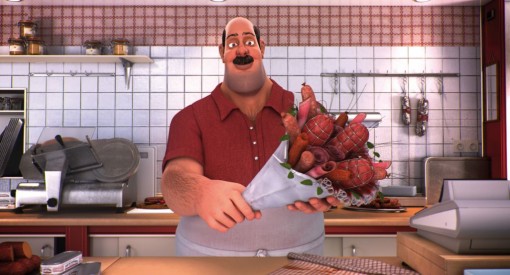 Some SIGGRAPH-watchers have called this the WTF? Prize, and this year the honor was given to the unusual Rosette. This “flesh fest” celebrating the joys of meat is certainly out of the mainstream, and it was designed to be. “It’s the story of a butcher who creates food art, and the woman who loves him,” says co-creator Benjamin Rabaste, who’s now working at Digital Domain in Vancouver.

As usual for Supinfocom, the students displayed dazzling technique, using 3ds Max, V-Ray, RealFlow, Hair Farm, Fume and After Effects. And it was all in service of a simple idea, Rabaste explains. “We decided to tell the story like a dream, and translate it with a world of food to make it funny.”

For more info about the shorts screening at the event, visit www.siggraph.org.

Ellen Wolff is a Santa Barbara-based journalist who specializes in animation, visual effects and education.