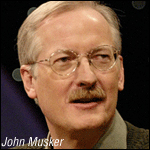 The Berkeley Art Museum and Pacific Film Archive has set a special look Aug. 3-7 at the art of animation with Disney director John Musker, whose credits include Aladdin, The Little Mermaid and The Princess and the Frog.

The series of events begins with Musker appearing for an event called The Animator’s Art: Lecture and Clips, set for Aug. 3 at 6:30 p.m. Musker will show how a animators transform words on the printed page into drawings and pixels for the big screen.

On Aug. 4, is a screening at 6:30 p.m. of The Princess and the Frog. Russell Merritt will introduce Musker, who directed the 2D traditionally animated film with Ron Clements.

The series wraps Aug. 7 with a 3 p.m. screening of Disney’s Pinocchio, a title selected by Musker for the all-ages matinee. “Told with warmth, winning characters, and wonderful songs, Pinocchio still shines like the evening star,” Musker said of the film.

All events are at the Pacific Film Archive Theater, located at 2575 Bancroft Way, Berkeley, Calif. Advance tickets are available by calling (510) 642-5249 or visiting http://bampfa.berkeley.edu/tickets.

Coolabi Adds U.K. Licensees for ‘Poppy Cat’
Faster Than the Eye Can See!