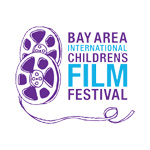 The panel will be held Friday, March 10 at 7 p.m. at the center. Limited seats are available, and tickets are $12 for Adults and $6 for children. More information available at baicff.com.

Brenda Chapman started her career as a story artist at Walt Disney Feature Animation in 1987, where she worked on films such as The Little Mermaid, The Rescuers Down Under, the Oscar-nominated Beauty and the Beast, The Hunchback of Notre Dame and Fantasia 2000. Chapman was the story supervisor on The Lion King, for which she won the Annie Award. Chapman then helped launch DreamWorks Animation Studios, where she co-directed the 1998 release of the Oscar-winning Prince of Egypt. Chapman was the first woman to direct an animated feature for a major Hollywood studio, for which she won the Movieguide Epiphany and Teddy Awards. She joined Pixar Animation Studios in September 2003 as a senior story artist on Cars. Chapman then created, wrote and directed Brave – inspired by her relationship with her own daughter – for which she won an Oscar, BAFTA and Golden Globe for Best Animated Feature Film.

Other awards include the Novus Creative Catalyst Award, the 2013 Burbank International Film Festival’s Feature Animation Honoree Award and the San Francisco International Women’s Film Festival Achievement Award. Chapman has helped to develop and consult on films for several studios over many years which include not only Disney, DreamWorks and Pixar, but also Universal, Sony, Lucasfilm and Fox. Currently, Chapman is writing, directing and producing several projects in different stages of development. She has been engaged to write and direct a Chinese financed/American made animated feature (working title Truth for Truth Pictures) and is attached to direct Come Away, a live-action film written by Marissa Goodhill. She is also collaborating on a hybrid script (working title The Touch) with her husband, director Kevin Lima (Enchanted, A Goofy Movie, Disney’s Tarzan).

Deanna Marsigliese is a Character Designer at Pixar Animation Studios. Originally from Toronto, Canada, Deanna first entered the industry as a 2D animator. Over the last 15 years, she has contributed to a wide variety of commercial, television and feature film projects, while teaching both Classical Animation and character development at the college level. Deanna is a vintage enthusiast and collector of mid-century clothing. When she isn’t drawing, Deanna explores the world, dabbling in travel photography and satisfying her fascination with amazing cultures around the planet.

Cameo Wood is a local Bay Area Filmmaker. Her debut short documentary film, Dukha in Summer, was shot solo in Northern Mongolia and premiered at the St. Louis Film Festival. Cameo wrote, produced, and directed Real Artists, a narrative thriller about Artificial Intelligence and the future of filmmaking. Cameo’s career began in 2012 when she produced and co-directed the web series, The Alternative Guide to Secret Beijing which was featured on Atlas Obscura. Cameo has since won awards for her direction, cinematography and screenwriting. She is currently in pre-production on her first feature.

Robin Hunicke is the Co-Founder of the independent game studio Funomena, which creates experimental games for Console, PC, VR & AR platforms (Luna, Woorld and Wattam) in the heart of downtown San Francisco. A game designer and producer by training, she has a background in Computer Science, Art and applied Game Studies. She has been designing, making and teaching about games for over 12 years (Journey, Boom Blox, MySims, The Sims 2).

Robin is an outspoken evangelist for increasing the participation of women and underrepresented minorities within the Arts, Games & Tech. She is Associate Professor of the Arts Division at UC Santa Cruz, Director of the Art, Games & Playable Media BA and faculty in the Digital Art and New Media MFA. She also supports a broad range of initiatives including: Amplifying New Voices, the annual Experimental Gameplay Workshop, Play SFMOMA, the Lexus Design Award, Google Made with Code, Girls Make Games, and the CS For All initiative. 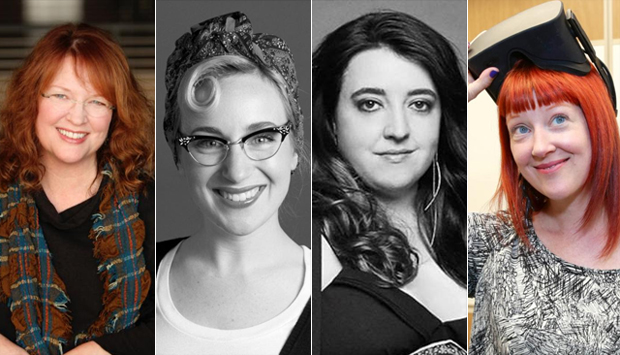