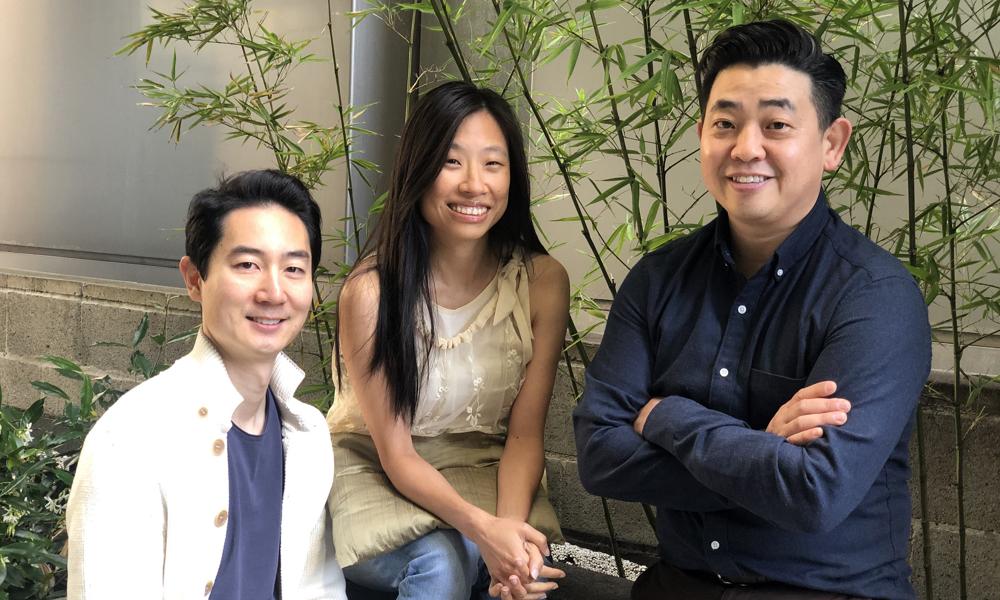 Three indie animation studios based in the San Francisco Bay Area — Baobab Studios, KuKu Studios and Tonko House — have joined forces to build a community for Bay Area animation professionals, one which inspires local creativity while raising the bar for independent animation worldwide. The Bay Area Animation Alliance (BAAA) will hold regular events that focus on education, craftsmanship, and community.

Baobab Studios, creatively led by Eric Darnell (writer and co-director of all four Madagascar films and Antz), has won six Emmys, including for Outstanding Directing for an Animated Program and Best Interactive Media three years in a row, two Annie Awards and two Kidscreen Awards.

Tonko House was founded by Robert Kondo and Dice Tsutsumi, former Pixar Art Directors and creators of the Academy Award nominated short film, The Dam Keeper. Their studio has gone on to successfully release the Eisner-nominated graphic novel trilogy of the same name, and exhibit Tonko House’s artwork and creative vision at museums and galleries throughout Japan and Korea. The studio’s first animated series, Pig: The Dam Keeper Poems, won the Cristal for Best Television Production at the Annecy Animation Festival.

Kuku Studios, founded by Pixar alums Alex Woo, Stanley Moore and Tim Hahn, launched its first animated series Go! Go! Cory Carson early this year on Netflix in partnership with VTech Electronics. Kuku has recently entered into a multi-year overall deal with Netflix with which it is currently in production on its first animated feature film.

The studios wanted to use their creative strength to act upon their beliefs. So, one of the BAAA’s first public initiatives is creating an online art charity auction to combat racial inequality. Together, the three studios are creating original art for auction, and donating the proceeds to the Equal Justice Initiative. EJI is an organization with a mission to end mass incarceration and excessive punishment in the U.S., to challenge racial and economic injustice, and to protect basic human rights for the most vulnerable people in American society.

Visit www.baanimationalliance.org/events to bid on the artwork.

BAAA events will feature speakers such as Pixar co-founder and inventor of the alpha channel, Dr. Alvy Ray Smith, and Dr. Jan Dul, one of the world’s leading experts on ergonomics and creativity.

“We had nothing like [BAAA] when Ed and I were starting Pixar — there were no other CEOs to even think about chatting with. I’m envious that you all get to start with a community,” said Smith during a recent talk with the three studios. “I hope that this is the beginning of a very long history for BAAA.”

Smith refers directly to how BAAA first came to fruition: through friendship. The three animation studio heads, Alex Woo (KuKu Studios), Robert Kondo (Tonko House) and Maureen Fan (Baobab Studios), met monthly for years to support each other as both friends and CEOs. They expanded their personal bond to their growing studios: sharing insights on pitching, negotiating, giving each other feedback on work and collaborating on projects. The three realized they shared a desire to create a stronger, more robust and resourceful community for independent Bay Area animation professionals and studios.

“We are excited to expand our events to the entire San Francisco Bay Area,” said Fan. “The Bay Area Animation Alliance is about our shared values of inspiring the best work possible, celebrating artists, and creating community — with the goal to combine efforts to help raise the bar for animation worldwide.”

“Practically, we want to help each other to improve our collective knowledge and contribute to our community by sharing our work and experience,” said Kondo, addressing the three studios recently. “Emotionally, we hope to support and inspire each other along the tumultuous path of being independent and pursuing big dreams.”

Part of the inspiration for Baobab, Kuku and Tonko is looking back at the footsteps of their cinematic forefathers, and looking ahead as they make their own footsteps. The fellowship of renegade Bay Area filmmakers like Francis Ford Coppola, George Lucas and Saul Zaentz helped give rise to the Golden Age of Cinema. These filmmakers inspired, supported and challenged each other to break new cinematic ground, and in the process, laid the groundwork for a Golden Age of animation with Bay Area studios with lasting historical impact like Pixar and PDI.

Woo said, “As their filmmaking grandchildren, we independent studios have been the direct beneficiaries of the countless contributions they’ve made to the industry and the craft of film and animation, and we hope to continue their tradition of friendship, shared passion and camaraderie for the next generation of filmmakers.”