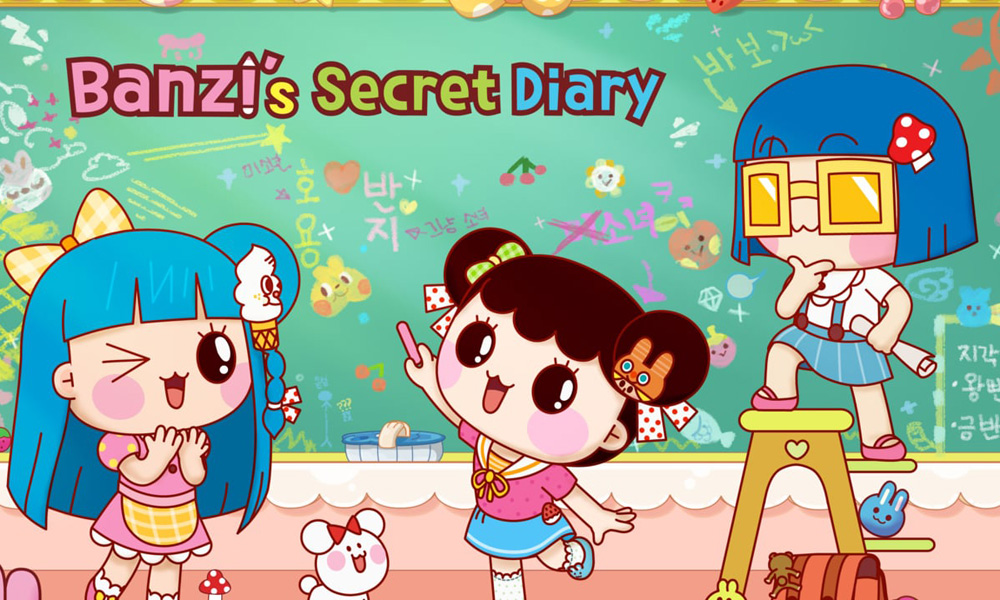 Animax Korea’s original animated series Banzi’s Secret Diary has won the Top Content Award for Animation from the country’s ministry of culture. The series will launch in Hong Kong thru Viu TV as well as 15 other territories including Japan, Taiwan, Singapore and Indonesia. The producers are also planning an extensive licensing and merchandising program, which will feature 25 products including toys and publications.

Banzi is based on a best-selling comic-books first introduced in 2002 in Korea. The show centers on the endearing adventures of a bright young girl who dreams of becoming a cartoonist and her two good friends. The series first premiered on KBS in 2017 and was also picked up by Animax, Disney Korea, TV Chosun and Cartoon Network Korea.

Animax Korea’s CEO Giro Doo said that he is honored that Banzi’s Secret Diary received an award from the Ministry of Culture, Sports and Tourism and noted that he sees huge potential in Banzi’s Secret Diary and will do his utmost to make the show an even bigger success in the global area.

First established in Korea in 2006, Animax is a global animation channel operated by Sony Pictures Television. It’s currently watched by 88 million households in 21 countries around the world.