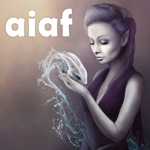 Those who do not come from the land down under may just chunder now that we know that Australia’s University of Newcastle is planning an on-campus, outdoor festival of animated films where in the words of Visual Communications Lecturer and festival organizer Jane Shadbolt “viewers will be able to watch from deck chairs and grab a beer from the bar” while being entertained by films that “aim to offend as many people as possible.” With over 2,200 entries, the Australian International Animation Festival taking place April 10 and 11 is the largest animation festival in the country.

As The Newcastle Herald reports, the Festival is actually a traveling show which kicked off in Melbourne, which is unfortunately also in the completely wrong hemisphere for us Animag staffers. The program of 50-plus international, independent animations is all 18 and over due to unclassified ratings, and Friday night’s special Late Night Bizarre screenings will feature even more adult-oriented fare full of 2D, 3D, student-made and professionally crafted animated sexual references.

You can follow the AIAF on Facebook for more info and additional screenings, you lucky Australians: www.facebook.com/australianfestival.

New Talent for ‘Monster Trucks,’ ‘Masters of the Universe’
Amazon to Acquire comiXology