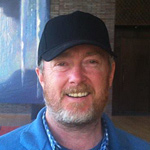 Animation junkies will have a once-in-a-lifetime opportunity to bid on an amazing catalog of more than 150 items of unique art, props and other movie memorabilia in a one-off celebrity auction in support of artist and storyboard artist Jamie Baker, who suffered a stroke on December 26 2012. Jamie’s prognosis is good and he is making excellent progress on the road to recovery with the support of his partner, Julia Lundman, at their home in San Francisco.

Australian native Jamie has storyboarded, written and worked on visual development on an incredible reel of much loved animated movies, including Finding Nemo, Cars, Ratatouille, Wall-E, Hotel Transylvania, and LAIKA’s next production, The Boxtrolls, as well as a host of other Pixar and LAIKA projects not yet released.

“Good health can be a fragile thing, and the often transient nature of the movie business often overlooks benefits such as healthcare that many of us take for granted,” commented John Stevenson. “At the time of his trauma, Jamie was around one week away from joining a health plan, so he and Julia are faced with significant medical costs. That’s why the animation community has come together in support of Jamie, and the caliber of peers and artists who have donated some incredible items for the auction shows the strength of the animation community and the love that exists for Jamie, who has given so much of himself to so many over the years.”

Story concept artist friends of Jamie’s from, amongst others, Pixar, DreamWorks, Weta, Sony Animation and LAIKA, are donating their art to the auction to help raise money for their beloved co-worker. The auction, to be held online, opens Thursday November 7 at 7pm Pacific US time, and concludes Sunday November 17th at 8pm Pacific US time, is spearheaded by Kung Fu Panda Director John Stevenson, and features around 150 pieces of work from a cast of animation and literary royalty, including Bud Luckey, Weta’s Greg Broadmore and Johnny Fraser-Allen, Neil Gaiman, Henry Selick, Brian Froud, Peter Chung, Carter Goodrich and many others. In addition, donated items including books, animation cels, specially-created one-off artwork, posters, sculptures and the ‘piece de resistance,’ a two foot tall cherry blossom tree set piece from LAIKA’s Oscar nominated feature, Coraline, signed by author Gaiman, will be sure to excite collectors from around the world.

The auction will take place at stores.ebay.com/jamiebakerbenefitauction/ and can be previewed prior to the auction online on Facebook www.facebook.com/jamiebakerauction/. 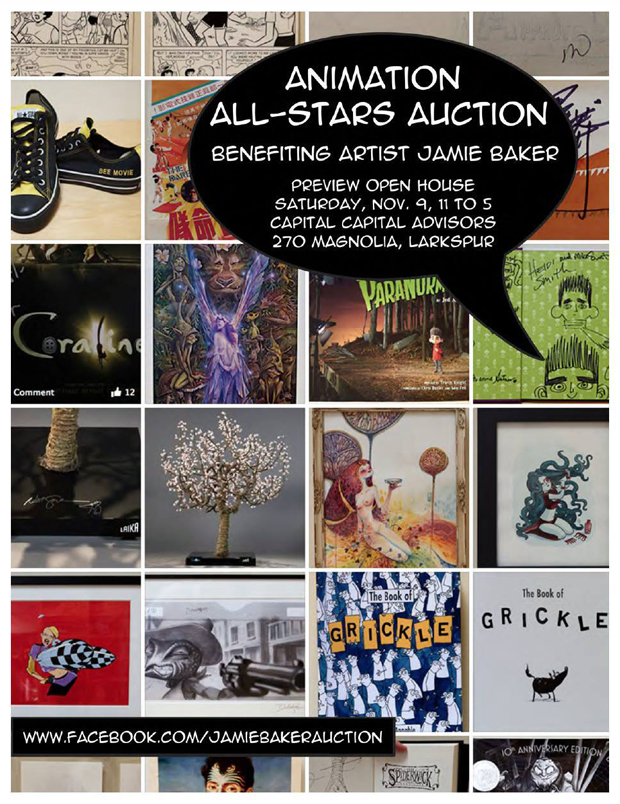