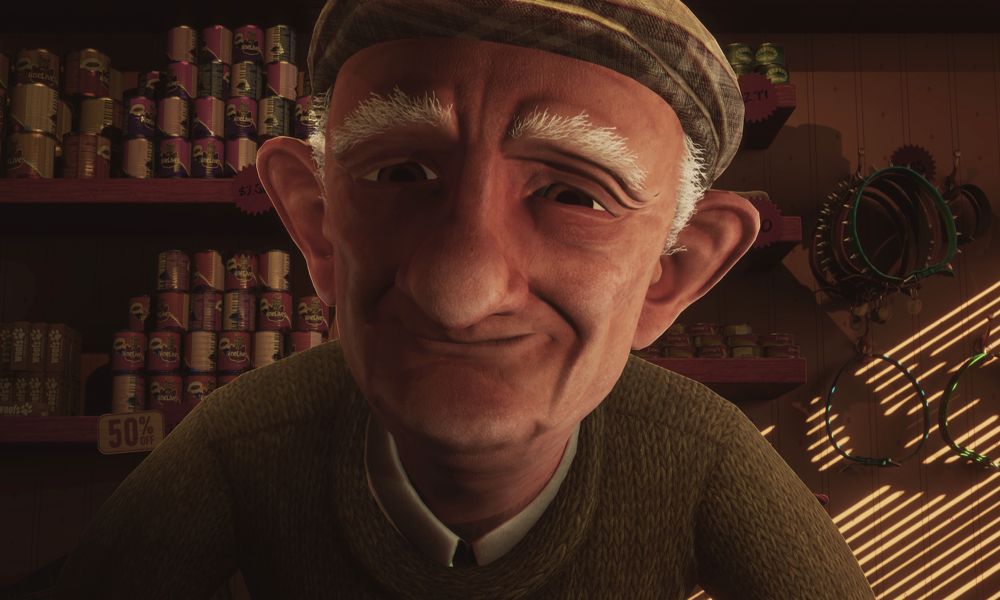 Aspen Film, the Colorado city’s year-round film arts and education organization, today announced its program for the 30th Aspen Shortsfest, taking place virtually April 6-11. One of only four Oscar-qualifying festivals in the U.S. strictly dedicated to short films, Aspen Shortsfest is recognized as one of the premier short film festivals, showcasing the best in cinema from around the world.

“We are so proud to be presenting another incredible roster of films from around the globe for this year’s Shortsfest,” says Aspen Film Executive + Artistic Director, Susan Wrubel. “While we are disappointed not to be able to traditionally hold our 30th anniversary at the historic Wheeler Opera House, this year we are presenting an exciting line up of interactive virtual events as a sidebar to the screening portion of the festival, complete with some interactive iconic Aspen buildings which guests and filmmakers can enter virtually to experience another level of Shortsfest.”

Shortsfest Director of Programming Jason Anderson states, “We’re thrilled to be celebrating Aspen Shortsfest’s 30th birthday with such a stylistically diverse showcase of amazing new works by some of the most exciting emerging and established filmmakers from all over the world. The 80 titles in this year’s program demonstrate the breadth, depth and incredible diversity of film talent that we have the privilege of introducing to our audience.” 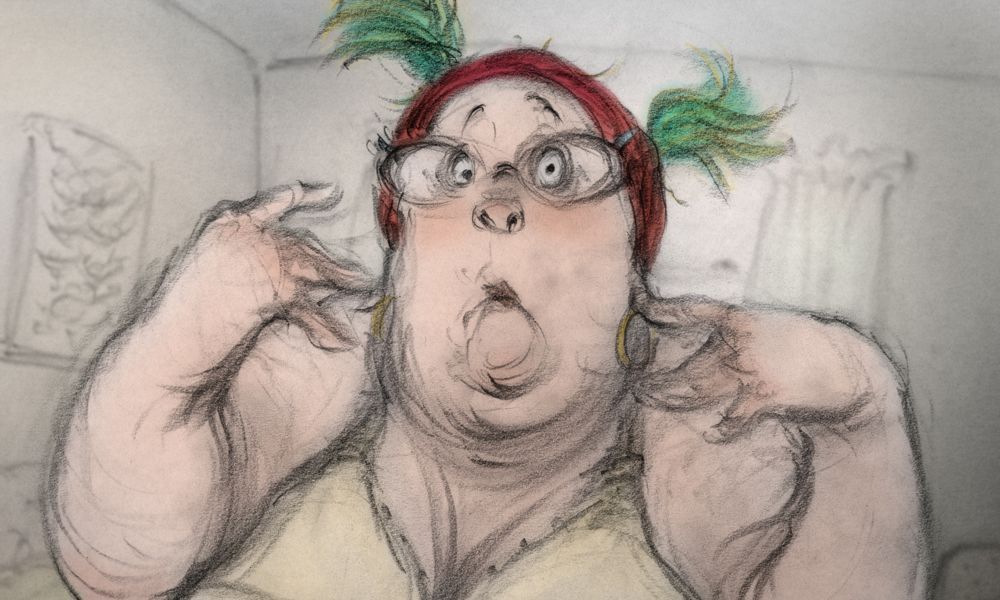 À LA MODE In a kingdom tormented by fashion crazes, a queen and her court must always keep up with the new trend. If not, an abominable monster will consume them: the Ridicule. (Jean Lecointre, France, 9 min.)

A TINY TALE A dog gets abandoned on the side of the road. Attached to a streetlight, he stays alone until the day he meets a young astronaut wannabe and a professional cyclist who keeps on trying to beat her highest score. With spring as a backdrop, we wanted to use moments of simple lives to discover little stories that intertwine with each other. A microcosm that settles on a split-screen where the different characters evolve at the same time. (Sylvain Cuvillier, Chloe Bourdic, Theophile Coursimault, Noemie Halberstam, Maylis Mosny, Zijing Ye, France, 8 min.)

AFFAIRS OF THE ART How many obsessions can one family have? In Joanna Quinn and Les Mills’ Affairs of the Art, we reconnect with Beryl, the working-class heroine who not only reveals her own obsession with drawing but exposes the addictions of her eccentric family, which include pickling, screw threads and pet taxidermy. (Joanna Quinn, U.K., Canada, 16 min.) U.S. PREMIERE

KKUM My mother’s dreams have always been strong premonitions for important moments in my life. I rely on her dreams more than any religion. (Kim Kang-min, Republic of Korea, 9 min.)

MARÉ Brought by the waves of the sea, a fantastic being of gigantic size discovers a pleasant place of great natural beauty, and makes it his home, becoming the guardian and soul of the place. There, he meets a cheerful little boy with whom he creates a bond of friendship forged in sharing the pleasure that both feel in living in harmony with nature. But one day, peace is threatened by a polluting and noisy tide. (Joana Rosa Bragança, Portugal, 15 min.)

NAVOZANDE, LE MUSICIEN At the time of the attack of the Mongols, a young musician and the love of his life are separated from each other. Fifty years later, the musician is summoned to perform at the castle of the Mongols where his beloved is being held. (Reza Riahi, France, 15 min.) 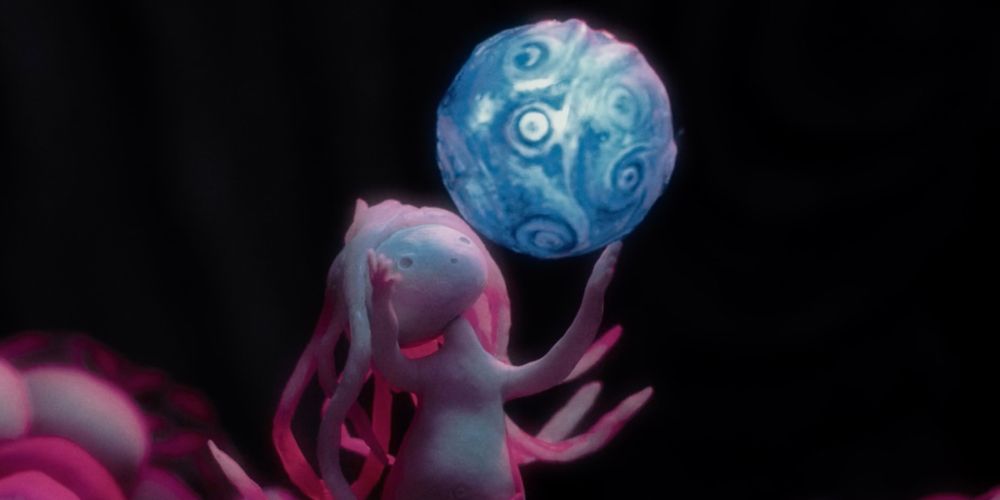 O BLACK HOLE! A woman who can’t stand the passing of time turns herself into a black hole. A thousand unchanging years pass inside her warm and dark embrace until, finally, the Singularity awakens inside. An immovable woman meets an unstoppable girl in this epic 2D/3D space opera about the meaning of transience and letting go. (Renee Zhan, U.K., 16 min.)

OLD DOG After losing his best friend, an elderly pug named Henry must depend on his owner for help and companionship. Writer/director Ann Marie Fleming (Window Horses) makes visible the tender work of caretaking in her new animated short, Old Dog. All dogs (and people) should be so lucky and so loved. (Ann Marie Fleming, Canada, 3 min.)

ONLY A CHILD is a visual poem created by over 20 animation directors under the artistic supervision of Simone Giampaolo, which gives shape and colour to the original words spoken by Severn Suzuki at the U.N. Summit in Rio in 1992, a child’s desperate call to action for the future of our planet. An omnibus film celebrating the environmental youth movement 30 years in the making. (Simone Giampaolo, Switzerland, 6 min.) U.S. PREMIERE

ROBOROVSKI follows the eponymous thimble sized hamster who spends his days in Marvin’s Pet Shop, hoping to find a family. However, when he is constantly overlooked by the people and animals around him, his seething resentment and intense jealousy soon take hold, and a murderous side of little Roborovski is released. (Tilda Cobham-Hervey, Dev Patel, Australia, 15 min.) INTERNATIONAL PREMIERE

THANADOULA “I could have been there with her…” Two sisters entwined by love. When Annie disappears, her younger sister, Natalie, seeks her out in an unconventional way: as a thanadoula, accompanying the dying in their final stages. Between their slow 12 and final breaths, Natalie finds a bridge between life and death and ultimately, a pathway to her sister. (Robin McKenna, Canada, 6 min.) U.S. PREMIERE

THE FOURFOLD Based on the ancient animistic beliefs and shamanic rituals in Mongolia and Siberia, the film explores the indigenous worldview and wisdom: Nature is the homeland of human being, Tengri is the deity and the father sky, Earth is the mother with rivers nourishing all beings, pagan and pantheist gods co-exist with all mortals. Against the backdrop of the modern existential crisis and the human-induced rapid environmental change, there is a necessity to reclaim the ideas of animism for planetary health and non-human materialities. (Alisi Telengut, Canada, 8 min.) 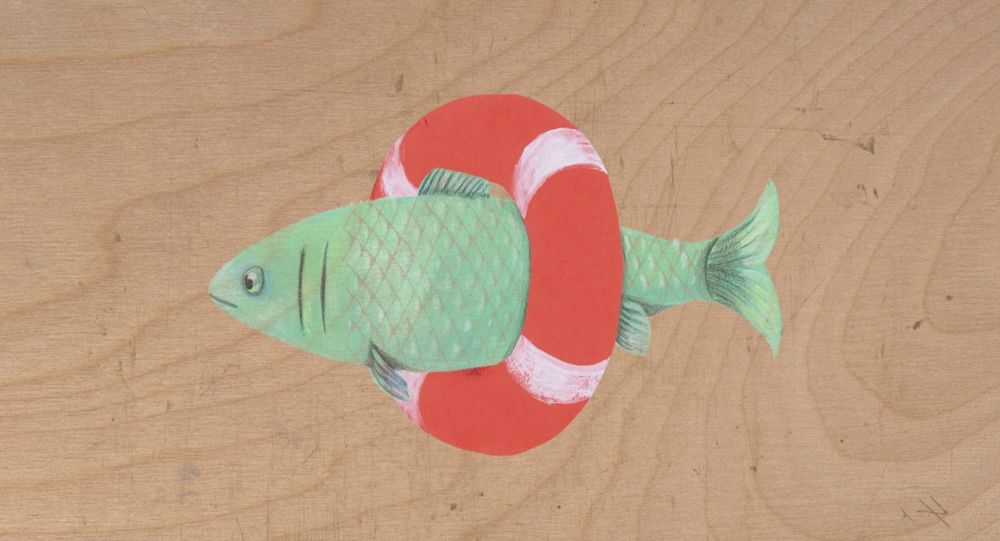 THE GREAT MALAISE (LE MAL DU SIÈCLE) In the voiceover for this animated short, a young woman attempts to describe herself, casting her life in the ideal light that society expects. The film’s imagery, however, tells a different story, poignantly illustrating the intense anxiety that comes with the quest for perfection and the pursuit of happiness. A film that’s both funny and moving, and above all, profoundly human. (Catherine Lepage, Canada, 5 min.)

THE TOMTEN AND THE FOX (REVEN OG NISSEN) A hungry fox hunts for food on a cold winter night. On the edge of the forest he discovers a small farm. He sneaks closer to steal some food, unaware of the tomten who guards the farm, and is caught red-handed in the hen-coop. When the tomten sees how hungry the fox is, he decides to share his Christmas porridge with him, as long as the fox promises to leave the animals alone. (Yaprak Morali, Are Austnes, Norway, Sweden, Denmark, 9 min.)

TOBI AND THE TURBOBUS (TOBI UND DER TURBOBUS) You fly with no seat! That’s the rule in the Turbobus. To get one is a hard day job for a young wolf on his turbo-journey to find real friendship. (Verena Fels, Germany, 8 min.)

TWIN TREES A brother and sister walk along, each carrying a tree in a small pot. When they come across a parrot and a fallen statue, they each have to choose their own journey. (Emmanuel Ollivier, France, 4 min.) U.S. PREMIERE

WE HAVE ONE HEART After his mother dies, Adam comes across some letters exchanged years ago between his Polish mother and his father, a Kurd living in Iraq. This is an opportunity for him to find out more about his father, whom he never knew. The juxtaposition of animated drawings and archival material takes us back forty years into the past and enables us not only to feel the emotions linking the lovers living in different parts of the world, but also to uncover an extraordinary family secret. (Katarzyna Warzecha, Poland, 11 min.) 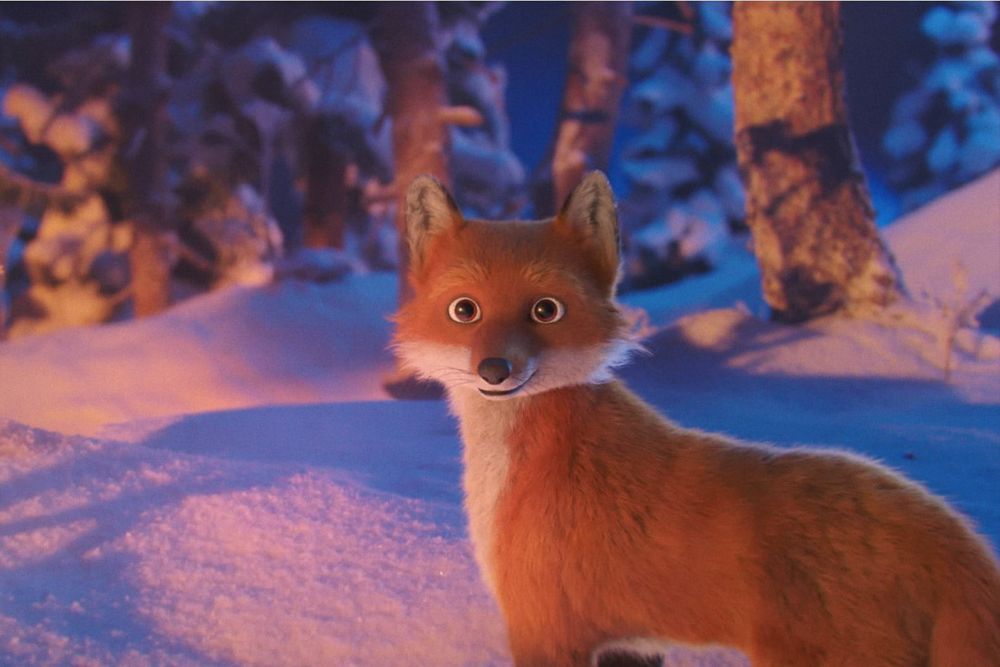 The Tomten and the Fox

In addition to the festival program, Shortsfest will present virtual industry panels and special guests in conversation. For 2021, Aspen Film partner Eventive will be hosting the festival’s 2021 film and Livestream Q&A viewing platform. Festival goers will have the option to view films on their computers or devices, as well as on their Smart TVs via the Eventive App for Roku, Apple TV or Chromecast. Nightly live Q&As with Shortsfest filmmakers will take place on Eventive and be available to all festival ticket- or passholders. And Aspen Film’s FilmEducates is providing interactive, online educational opportunities to schools throughout Colorado’s Roaring Fork Valley and beyond.

To further augment the virtual experience, Aspen Film is partnering with Filmocracy to provide an engaging and interactive experience for filmmakers and festival-goers alike. For VIP and Full Virtual Passholders, a virtual map of Aspen will allow entry to virtual event spaces in Aspen’s iconic buildings: The virtual Aspen Art Museum that will be the social space for the nightly Sip & Chat sessions; the virtual Hotel Jerome will serve as the virtual Filmmaker Lounge; the virtual Red Brick Center for the Arts hosting the Education Hub, and the virtual Wheeler Opera House that will be the portal to enter the festival’s Eventive screening platform.