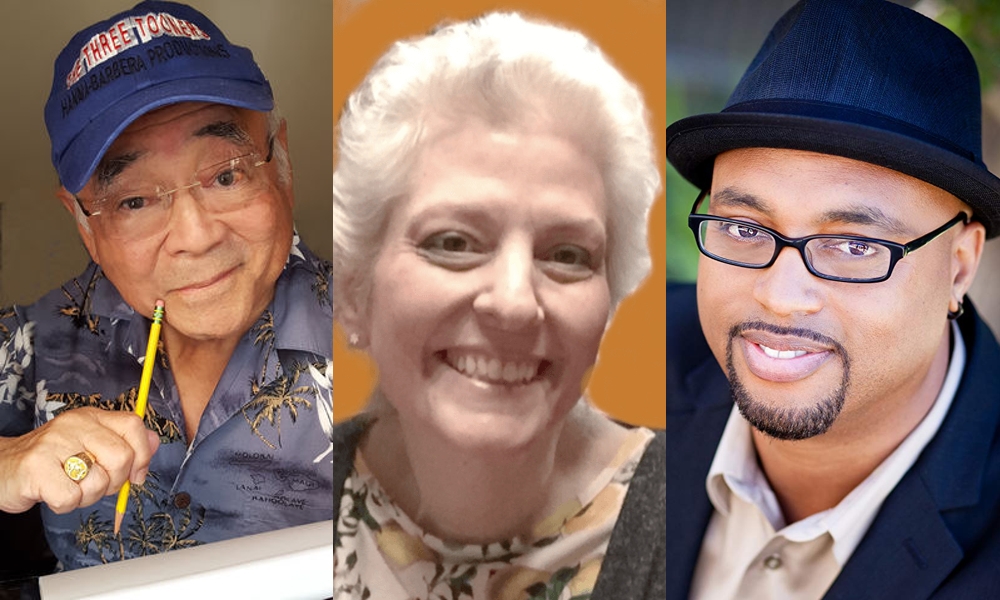 The Winsor McCay Award for career contributions to the art of animation are being presented to three recipients – Willie Ito, animation designer whose career began at Warner Bros., then for 20 years at Hanna Barbera and eventually at Disney TV; Posthumously to Sue Nichols, one of the few women who had a voice in the development of classics like Beauty and the Beast, Aladdin, The Lion King, Mulan and Brave; and Bruce Smith, influential character animator, director and producer of both feature films Bebe’s Kids, shorts Hair Love and the groundbreaking television series, The Proud Family.

The June Foray Award for significant and benevolent or charitable impact on the art and industry of animation will be awarded to animator and art director, Daisuke “Dice” Tsutsumi for his work initiating the Totoro Forest Project as well as Sketchtravel, a sketchbook passed from one artist to another through 12 countries over more than four years, benefitting charities that the participating artists determine.

The Ub Iwerks Award for technical advancement that has made a significant impact on the art and industry of animation will be presented to Epic Games for its Unreal Engine, the world’s most open and advanced real-time 3D creation tool that continues to make important technological inroads into cinematic storytelling, including previsualization and fully rendered animation pipelines.

The Special Achievement Award recognizing the unique and significant impact on the art and industry of animation will be presented to Howard, the documentary about lyricist and storyteller, the late Howard Ashman, who, with music by Alan Menkin, penned lyrics for Little Shop of Horrors, The Little Mermaid, Beauty and the Beast, and Aladdin.