Adult Swim has revealed plans for the official Mike Tyson Mysteries Scavenger Hunt Mystery, which will take over 10 major U.S. cities starting this Saturday, October 25 and running through Monday, October 27 when the show will premiere at 10:30 p.m. ET/PT. Fans who participate in the event will earn the chance to win their very own, exclusive and very classy 2-foot-tall Mike Tyson mini-statue, as well as special show prizes, in an online sweepstakes.

To join this noble quest, fans can click on to AreMysteriesReal.com and play the scavenger hunt trivia game to unlock locations where the mini-statues are hidden in their city. Each correct answer narrows down the location, and once a player has answered every question correctly, directions will be given to the statue’s real-world hidey-hole.

If you’re not lucky enough to live in one of the chosen cities, you can still enter an online sweepstakes at AreMysteriesReal.com for a chance to win a mini-statue or an exclusive Mike Tyson Mysteries action figure. Participating cities include Albuquerque, Austin, Chicago, Denver, Kansas City, Los Angeles, Nashville, NYC, Seattle and St. Louis. 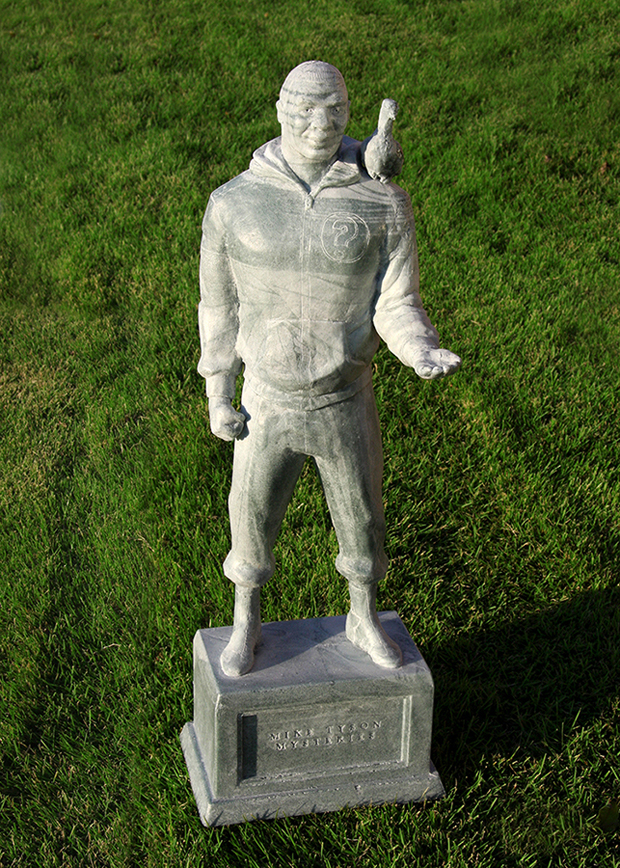