In celebration of the release of Moana (Nov. 23), seven acclaimed artists are paying homage to the works of director Ron Clements and John Musker with original pieces inspired by their past films. Opening at Gallery Nucleus in Alhambra, California on November 19, the show will include tributes to The Little Mermaid, Aladdin, Hercules, Princess and the Frog and more.

Ahead of the official opening, Oh My Disney has released a sneak peek at some of the pieces that will appear in “An Art Tribute to the Disney Films of Ron Clements and John Musker.” The exhibition will run through December 6, 2016. 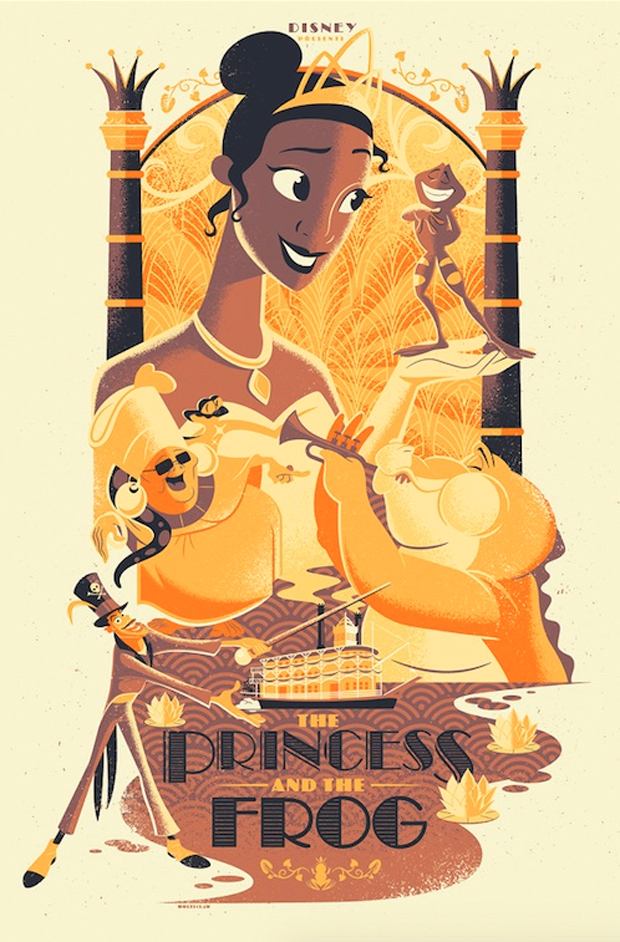 THE PRINCESS AND THE FROG BY JOSH HOLTSCLAW