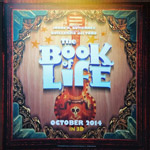 20th Century Fox hosted a private art show Monday night in Beverly Hills to show off art from The Book of Life, an animated feature film in production at Reel FX Creative Studios in Dallas and scheduled for release in October.

The event, held at Ace Gallery in Beverly Hills, featured an extensive look at concept art, paintings and sketches that were key in developing the look of the film.

Write and director Jorge Gutierrez was on hand to talk briefly about the film, a comedy following a young man named Manolo, who is torn between fulfilling the expectations of his family and following his heart. Before choosing which path to follow, he embarks on an incredible adventure that spans three fantastical worlds where he must face his greatest fears.

The film, which is being done in CG and will emulate a stop-motion look, is heavily inspired by Latino art in general and the Day of the Dead celebration in particular.

Gutierrez introduced a pair of live musical performances from Gustavo Santaolalla, who won Oscars for his work on the scores to Brokeback Mountain and Babel. Santaolalla’s originals will be complemented by Latin-style covers of popular rock songs.

Gutierrez also played a short video welcome from Guillermo del Toro, who is producing the film. 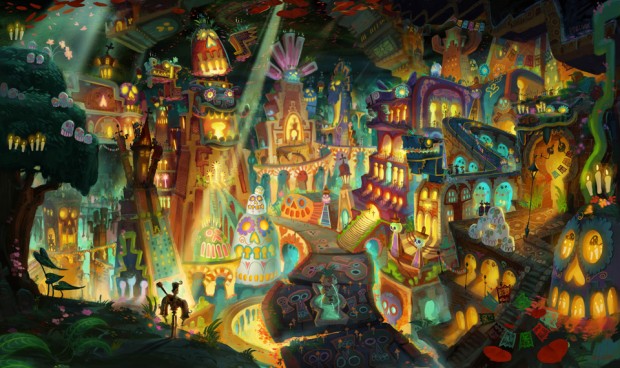 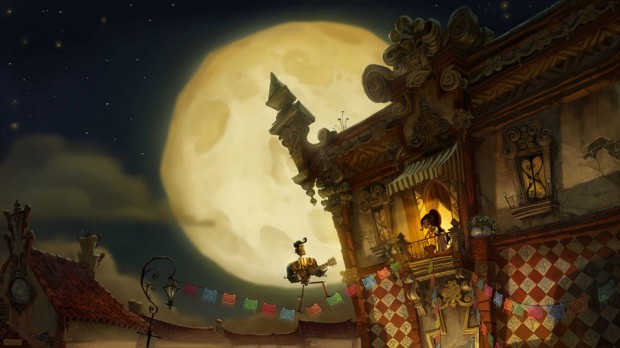 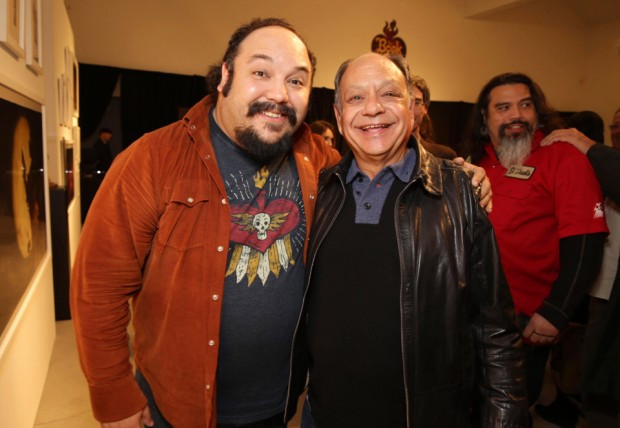 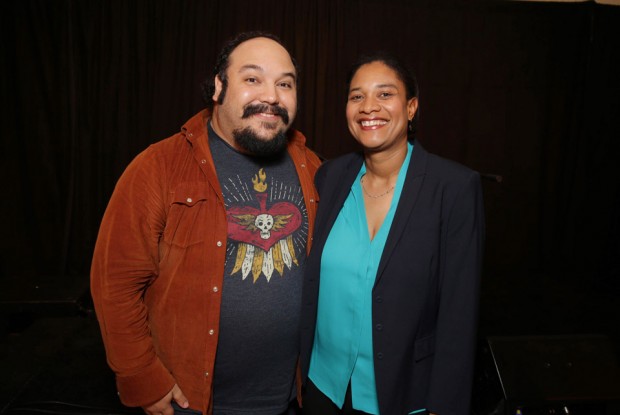 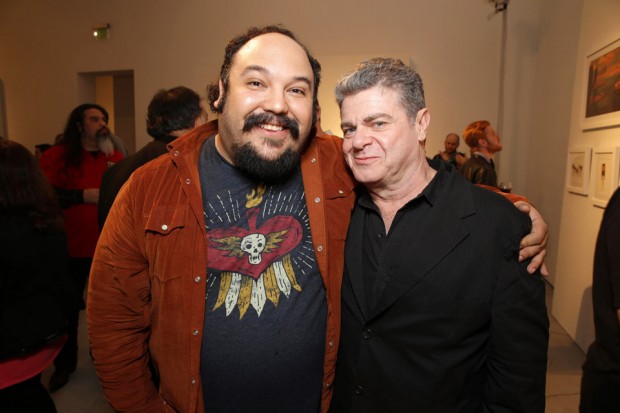