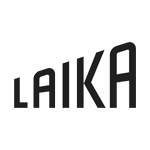 A portion of the proceeds of the auction will be donated to The Art of Elysium, a non-profit arts organization that works to make art a catalyst for social change by bringing creativity and inspiration to children, artists, and various populations in need.

The top-selling lot of the auction was the Evil Other Mother production puppet from Coraline. The puppet was the subject of spirited bidding that reached a final price of $50,190 — five times its pre-auction estimate of $10,000.

A Coraline production puppet of the titular character expected to sell for more than $5,000, brought a final price of $23,900 (http://comics.ha.com/itm/animation-art/maquette/coraline-blue-star-sweater-original-animation-puppet-laika-2009-/a/7129-94010.s).

Other highlights of the auction, and their final prices, included:

The Art of LAIKA

You may also like...
Related Topics:Coraline, Heritage Auctions, LAIKA, ParaNorman, The Art of Elysium, The Art of LAIKA, The Boxtrolls