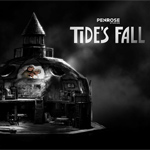 Tickets will be available starting March 27 at tribecafilm.com/immersive; passes and packages are available now on the 2018 Tribeca Film Festival App for iOS and Android.

“We are at a cultural crossroads. In times of crisis and contemplation, artists have always found a way to inspire and challenge,” said Loren Hammonds, Programmer, Film & Immersive. “The creators that we’ve invited to take part in this year’s Tribeca Immersive are no different. They are using technology and storytelling to tackle subjects such as the dangers of nuclear weapons, racial and religious discrimination, and the real face of climate change. VR is a medium of transportation, and these pieces will do just that for our audience.”

Among the program’s animated highlights are the World Premieres of Arden’s Wake: Tide’s Fall from Penrose Studios, which continues the story of its award-winning VR title; 1,000 Cut Journey, which puts viewers in the skin of a black man encountering racism at each phase of his life; alien planet adventure Star Child; Job Simulator follow-up Vacation Simulator from Owlchemy Labs; and a new untitled project from OK Go and WITHIN. The 2018 lineup spans live footage projects, fantastical animation and photoreal CG for a stunning array of immersive visual story experiences.

“Each year, we’re seeing creators push boundaries and explore new ways to tell stories through VR. As the technology improves, so does the storytelling, and with that we are able to use VR to tackle new issues, experiences and narratives and invite new audiences to experience these projects,” said Ingrid Kopp, co-curator of Tribeca Immersive.

VIRTUAL ARCADE
#WarGames VR (World Premiere) – USA
Project Creator: Sam Barlow, Eko; Key Collaborators: MGM, m ss ng p eces
Kelly, an ex-military brat-turned-hacker activist, teams up with international hackers in an attempt to bring about peace. But, as events escalate, it begins to appear that they may have done more harm than good. #WarGames puts viewers in the middle of the convergence of hacktivism, modern-day espionage, and military intrigue.

BattleScar (New York Premiere) – USA, France
Project Creator: Nico Casavecchia, Martin Allais; Key Collaborators: Arnaud Colinart, Andrew Geller, Raphael Penasa, René Pinnell
After Lupe, a Puerto Rican runaway, meets Debbie in the cell of a juvenile detention center, she is introduced to the punk scene of the Lower East Side and the secret world of Alphabet City. BattleScar is a coming of age drama set in 1978 New York that explores identity and empowerment through stunning animation and immersive environments. Narrated by Rosario Dawson.

Chalkroom (New York Premiere) – Taiwan R.O.C., USA
Project Creator: Laurie Anderson, Hsin-Chien Huang
Chalkroom is a virtual reality work by celebrated artist Laurie Anderson and Hsin-Chien Huang in which the reader—the viewer—flies through an enormous structure made of words, drawings, and stories. Inside the experience, the reader is free to roam and fly, while words sail through the air like emails, fall into dust, and form and reform.

Dinner Party (New York Premiere) – Puerto Rico, USA
Project Creator: Angel Manuel Soto, Charlotte Stoudt, Laura Wexler; Key Collaborators: Rachel Skidmore, Bryn Mooser, Erik Donley
Dinner Party tells the incredible story of Betty and Barney Hill, an interracial couple who made the first report of a UFO abduction in America in 1961. Having sought hypnosis to recover memories of their inexplicable experience, the Hills decide to listen to the recording of their session during a dinner party—and what they hear could change their lives forever. Cast: Malcolm Barrett, Sarah Sokolovic

Firebird: The Unfinished (World Premiere) – France
Project Creator: Balthazar Auxietre; Key Collaborators: Hadrien Lanvin
The curator of a museum dedicated to the famous sculptor Auguste is making a last inspection the night before the grand opening when a storm breaks out. Suddenly, the statues populating the grounds are not quite as still as one might expect—but it’s not clear whether the storm outside is playing mind games, or whether, perhaps, the ghost of Auguste has appeared to ask for help finishing his masterpiece. Cast: Tarek Aitmeddour, Raphaelle Boitel, Augustin Jacob, Pauline Journe, Myriam Kerkour, David Negroni

The Hidden (World Premiere) – India, USA
Project Creator: Lindsay Branham; Key Collaborators: International Justice Mission, Oculus VR for Good
There are currently more people living in slavery than at any other time in human history. One such family has been enslaved in a rock quarry in southern India for 10 years—over a paltry debt of $70 USD. Indian government representatives, supported by the human rights group International Justice Mission, plot a daring raid to free the family. Also playing as a part of Cinema360: VR For Good Creators Lab.

SPHERES: Pale Blue Dot (World Premiere) – USA
Project Creator: Eliza McNitt; Key Collaborators: Darren Aronofsky, Ari Handel, Jess Engel, Arnaud Colinart, Dylan Golden
In this cosmic journey from the edges of the universe to our “pale blue dot,” the viewer uncovers echoes of the Big Bang; gazes back in time; traces the history of sound across the cosmos, uncovering the strangest song of all; and traverses the universe, ultimately finding a path home.

Star Child (World Premiere) – USA
Project Creator: Paul Bettner; Key Collaborators: Mia Goodwin
This cinematic platforming adventure follows the journey of Spectra and her companion on an important mission to an alien planet. After they are stranded, they uncover a hostile, overwhelming force that threatens to destroy everything. Inspired by countless science fiction adventure classics—games, books, and movies alike—Star Child is, at its heart, both a mystery and a journey of self-discovery.

Vestige (World Premiere) – UK, USA, France
Project Creator: Aaron Bradbury; Key Collaborators: Paul Mowbray, Antoine Cayrol, Jill Klekas Basmajian
This creative nonfiction experience uses multi-narrative and volumetric capture to journey through the mind of Lisa as she remembers her lost love, Erik. Fragments of memories of their life together appear inside a void and, over time, become entangled with a haunting vision, culminating in the shocking moment of Erik’s death. Cast: Lisa Elin

Where Thoughts Go : Prologue (World Premiere) – USA
Project Creator: Lucas Rizzotto; Key Collaborators: Tarik Merzouk, Steven Hodgson
An intimate social virtual-reality experience, Where Thoughts Go is set in a world where all human thoughts exist as sleeping creatures, each holding a voice message left by a previous visitor. As they awake, they reveal the dreams, experiences and fears of other people—and give the participant the opportunity to leave their own for others to find. 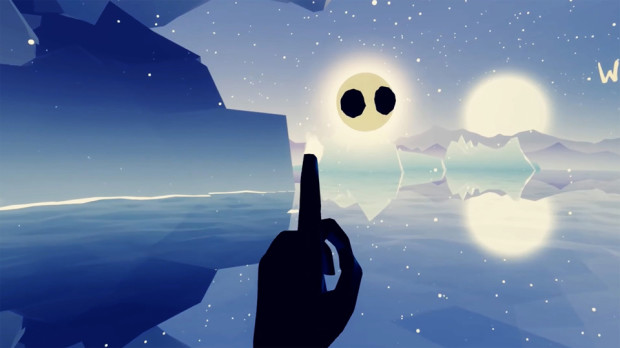 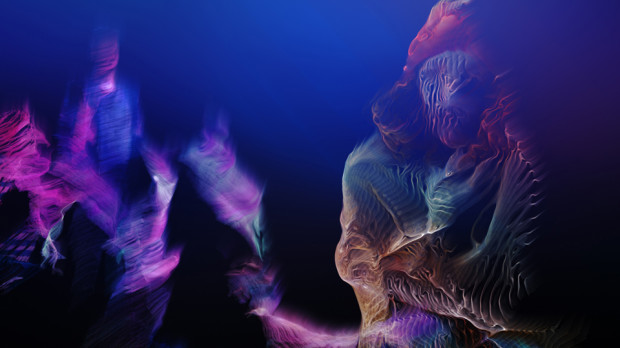 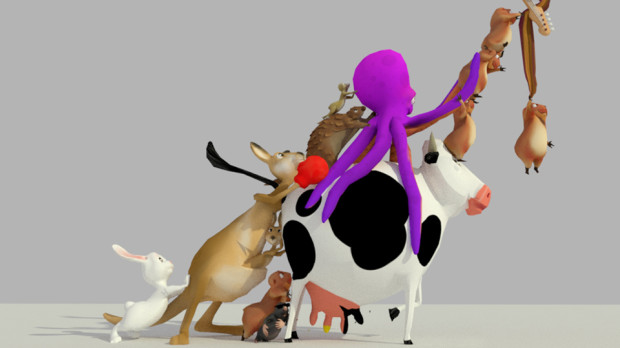 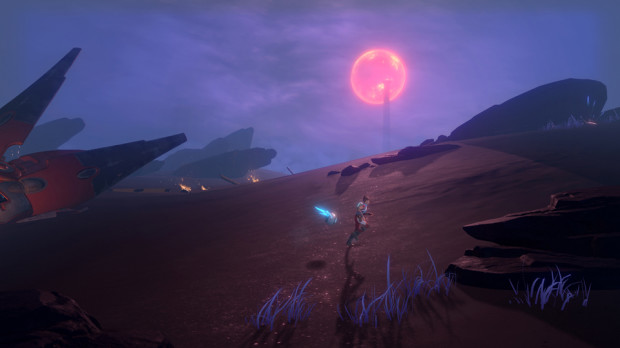 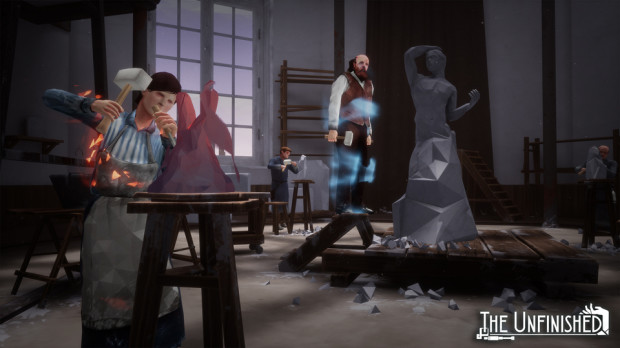 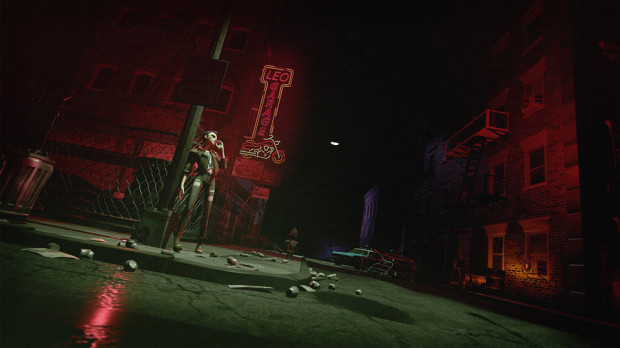 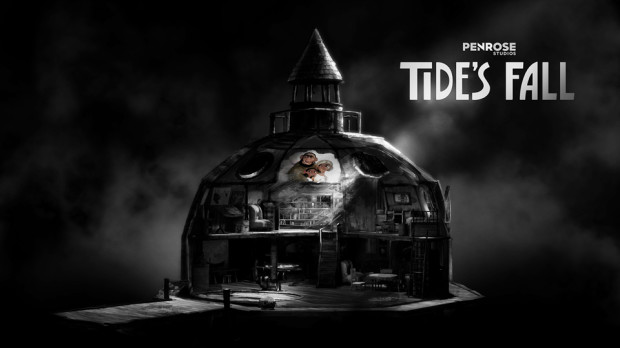