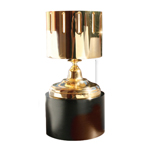 Do you think you can guess the winners of the upcoming Annie Awards? The folks at ASIFA-Hollywood, the org behind the annual Annie Awards have launched the perfect contest for toon fanatics, called ‘Pick the Winners’ in an effort to drive awareness of the the award.

The person who correctly guesses the highest number of actual winners takes the prize! There will be a drawing in the event of a tie, and the winner will be announced at the 39th Annual Annie Awards ceremony at Royce Hall on Saturday, Feb. 4, 2012. The winner does not need to be present to claim the prize.

“It’ll be a real challenge for anyone to correctly guess the award recipient in every category,” explained Frank Gladstone, ASIFA-Hollywood’s president. “But the prize is terrific, so it is sure worth a try!”

The prize includes a personal tour of Pixar Animation Studios, a two-night hotel stay, roundtrip airfare to SFO from either LAX, Chicago, New York City or Miami and an economy car rental during the stay. All prize details are subject to policies of the hotel/airline/rental car company. Travel must occur between May and July 2012.