Organizers of the Annecy festival and market have issued their wrap-up report for the 2016 edition, which on all accounts was another tremendous success for the grande dame of European animation events. In addition to celebrating artists and films from around the world, this year featured a special tribute to the storied history (and bright future) of French animation.

This year, Annecy welcomed 9,153 badgeholders (up 10.3% from 2015) representing 85 countries who came to watch the roughly 500 films screening during the Festival. The MIFA market and conference alone drew 2,800 badgeholders (up 4.5%), marking its most successful year yet after a steady increase in attendance over the past 12 years.

The 40th Annecy Festival once again hosted some of the brightest gems of the international animation industry. In addition to the Opening Night feature, Michael Dudok de Wit’s The Red Turtle (opening in Japan in September), feature French premieres included Disney-Pixar’s Finding Dory, Titmouse’s adult comedy Nerdland and the restored psychedelic gem Belladonna of Sadness, and the world premieres of Illumination’s The Secret Life of Pets and Jean-François Laguionie’s Louise.

DreamWorks also presented sneak peeks at several upcoming projects: A Masterclass by Guillermo del Toro on Trollhunters, a WIP Feature session on Trolls, a Focus studio on the Voltron: Legendary Defender and their next feature Boss Baby (March 31, 2017). CEO Jeffrey Katzenberg was a surprise guest, and was awarded the first ever “Golden Ticket” granting him lifetime admittance.

Conferences were held on anything and everything in animation from virtual reality to studio anatomy to the state of the art VFX in The Jungle Book and Warcraft.

Didier Brunner received the Honorary Cristal during the closing awards ceremony, where My Life as a Courgette took home the Audience Award and the Cristal for a Feature Film. You can see the list of winners here.

The special programming around French animation offered insight for both international admirers and local producers. François Hollande, the President of France, and Audrey Azoulay, the French Minister for Culture and Communication, came and met the professionals on June 16. Frédérique Bredin, President of the CNC, spoke about the opportunities for French animation programs abroad. And the SPFA gave its 2015/2016 review-outlook of French production.

The Territory Focus on France, organised by Film France and the FICAM, concluded that France is a place where talents, skills and technological expertise come together with the 30% Tax Rebate for International Productions (TRIP), establishing the country as an international animation hub. Broadcasters France Télévisions, CANAL, Lagardère Active and TF1 reconfirmed their support for French animation professionals by presenting the various projects they’re involved in. CNC and CITIA organized the From French Animation’s Boom in the ‘80s up til Today panel discussion with Dominique Puthod, Jack Lang, Marc du Pontavice, Jacques Bled and Kristof Serrand.

That’s Not All, Folks

Annecy has so much to offer that whether you’re following the news coverage or even there in the thick of it, like Animag’s Publisher Jean Thoren and Editor-in-Chief Tom McLean, it’s a major challenge to absorb everything. The Annecy 2016 Report also notes:

The 1st European Animation Awards’ General Assembly took place June 14 under the auspicious guidance of Peter Lord (President) and Didier Brunner (Vice-President). Special attention was paid to the French and European animation feature film industry, a significant and strategic theme discussed during two meetings: the European Film Forum Panel Discussion, organised by the European Commission and Europe Creative and the Conference organised by CITIA talking about the positioning of independent European films in theatres.

More than 800 candidates were selected to take part in 60 recruitment sessions. Over sixty of the most reputed studios in the world (Illumination MacGuff, Pixar, Ubisoft, Mikros Animation, Xilam, etc.) met with the brightest young professionals in the market for over 100 job offers. 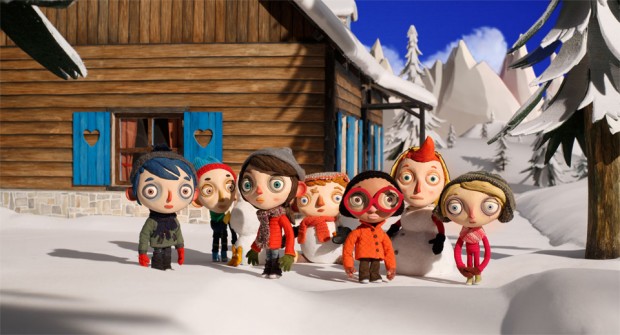