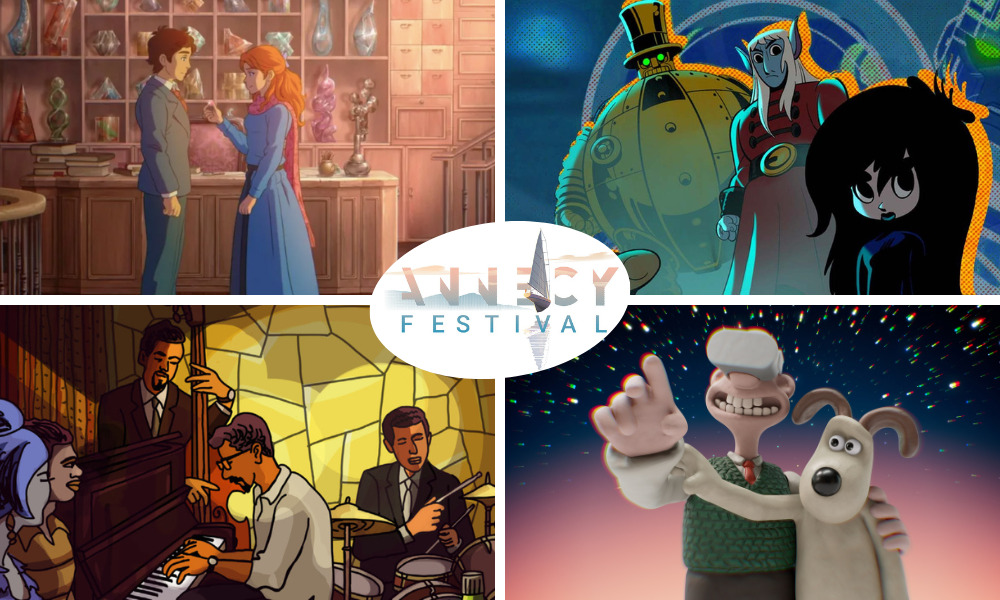 A growing strand of Annecy Festival is the “works in progress” section, where the projects of tomorrow — features, series, shorts, extended-reality experiences — are presented mid-production. I love them for the detail they tend to provide about the development and production processes, as well as for the febrile atmosphere in the room: these are the events the real fans come to. Read on to discover the four WIP presentations I’ve found most interesting at the festival so far…

The project: A musical documentary-meets-political thriller that retraces the unusual story of Francisco Tenório Júnior, the virtuoso Brazilian pianist who disappeared abruptly in 1976.

The people: Spanish directors Fernando Trueba and Javier Mariscal previously collaborated on the Oscar-nominated Chico & Rita (2010). Animation on the multinational co-production is led by the Netherlands’ Submarine (Undone, Buñuel in the Labyrinth of the Turtles).

The presentation: Those who know Chico & Rita, Trueba and Mariscal’s sparkling tribute to Cuban music, will grasp the tenor of the duo’s long-awaited follow-up. They Shot the Piano Player is, among other things, a finely observed recreation of Rio de Janeiro’s burgeoning bossa nova scene in the 1960s and 1970s. As he narrated the film’s sizzle reel onstage, Mariscal danced and even sang along to Tenório’s blistering playing.

Trueba stumbled on the pianist’s story some years ago. Intrigued, he conducted interviews with 100-150 musicians and the like, including Brazilian legends such as Gilberto Gil and Caetano Veloso. He initially conceived the project as a live-action documentary, but as he embarked on Chico & Rita — his first animated film — with visual artist Mariscal, he discovered the medium’s possibilities and reimagined Piano Player. Animation, Trueba told the audience, let the team “resuscitate Tenório” without needing to use live-action actors.

There are multiple strands to the film. In a frame narrative, the journalist Jeff — a proxy for Trueba voiced by Jeff Goldblum — recounts his research into Tenório’s past. Cue flashbacks, in which the young pianist makes waves in Rio and records his first album. Talking heads from Trueba’s interviews are interspersed to provide context.

The characters are rendered in the elegant ligne-claire style familiar from Chico & Rita, but from what we saw, it appears that the production design distinguishes between the different narrative strands. Rio and Buenos Aires are rendered in vibrant colors and great detail, which give way to a more graphic approach for the gig scenes. The interviews are handled with relative naturalism. Submarine artists drew style frames based on frames of Trueba’s recorded footage; they then used open-source software that interpolated the following frames in accordance with the footage.

Delivery is due later this year. 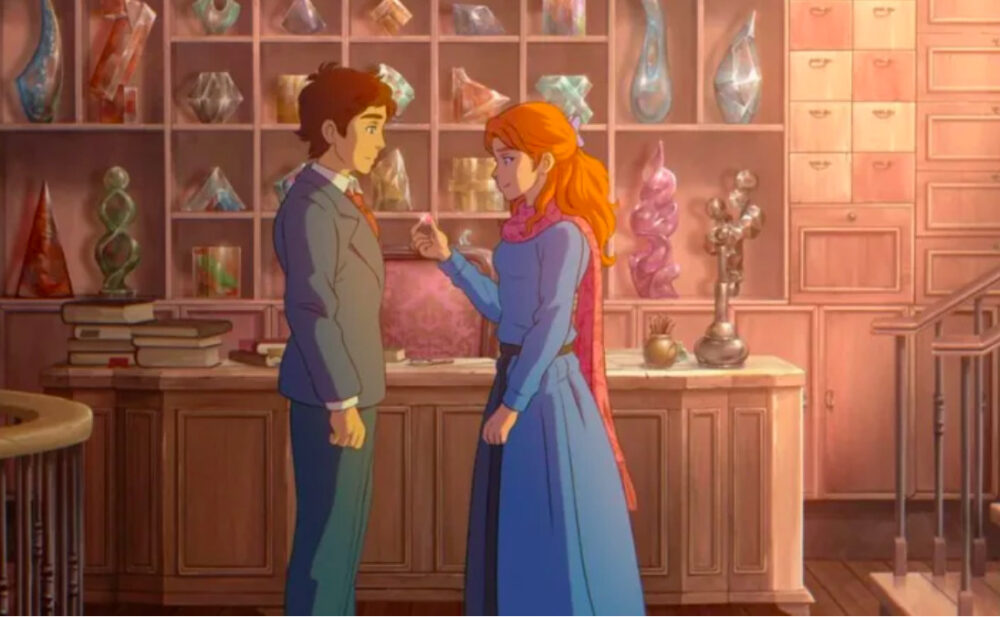 The project: In a magical-realist world in the early 20th century, the son of a glassworker and the daughter of an army colonel fall in love. Their romance is challenged by an approaching war and their parents’ differing outlooks on life.

The people: Pakistan’s Usman Riaz is directing the film, his first animated project, at his Mano Animation Studios. Spanish producer Manuel Cristóbal (Wrinkles, Buñuel in the Labyrinth of the Turtles) is onboard.

The presentation: Usman Riaz has taken an unusual path to Annecy. Trained as a musician, the Pakistani artist was a student at Boston’s Berklee College of Music — and a TED Senior Fellow — when his childhood love of animation came back to preoccupy him. Having hit on an idea for an animated feature back in 2014, he set about making it. “After all, how hard could it be?” he joked onstage.

The TED Talk training has paid off: Riaz gave a very slick presentation in which he pitched himself as a kind of Walt Disney of Pakistan, no less. And with some justification: in a country with no hand-drawn animation infrastructure to speak of, he has set up a studio (with artistic director Mariam Paracha and producer Khizer Riaz, his cousin) and assembled a team capable of turning out a feature with pretty high production values. Many of his artists are newcomers — some of them erstwhile doctors or dentists — who share Riaz’s passion for the medium. Paracha was also a key speaker at the WIP session.

The film’s stylistic dial is firmly set to “Ghibli”, from the character designs to the wistful waltz soundtrack (composed by Riaz). The Japanese studio’s films are an avowed influence on the director, who said his team partly reverse-engineered their approaches to storyboarding, animation and so on by studying documentaries and books about Hayao Miyazaki and his colleagues. But The Glassworker is set in a version of Pakistan, the lavish backgrounds anchored in the landscapes and architecture around Karachi.

We learned little about the plot, which is structured in a non-linear way across flashbacks. But on the strength of the presentation alone, Riaz seems a good storyteller. His tale of creative struggle against the odds earned him a standing ovation.

Production is due to finish next year. 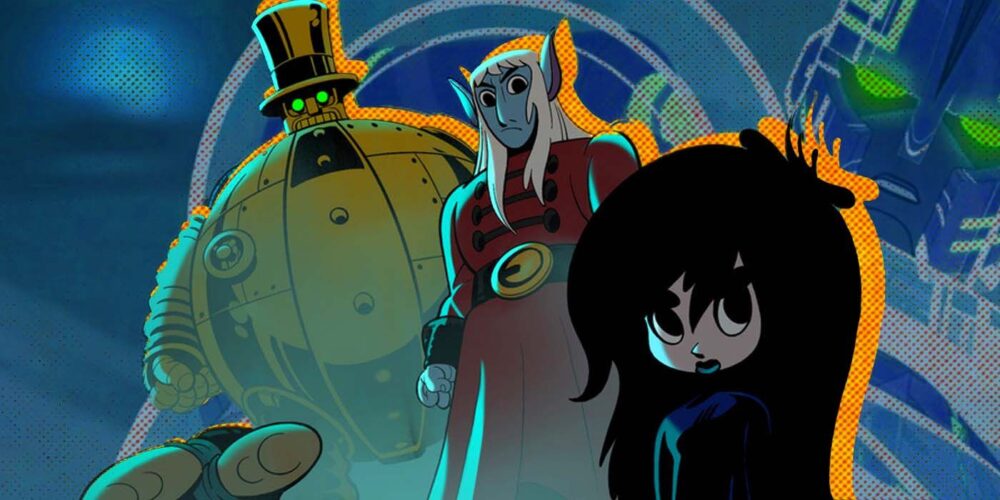 The project: Ancient heroes are reawakened to defend the world against a dark force — but find themselves in the bodies of teenagers. They must fight evil while coping with the angst of growing up.

The presentation: In a packed room bristling with hype, Genndy Tartakovsky appeared onstage to cheers and applause, and roused the crowd even more by announcing that he’d start by showing us the first episode of his new show.

In a steampunky Victorian London, posh young bride Melinda sees her wedding interrupted by Copernicus, a robot who looks like an obese C3PO. Through its intervention, she transforms into a goth sprite endowed with magic powers. Clips from other episodes showed dinosaurs and a rabid elephant amok in this world.

The episode we saw hinted at what Tartakovsky says is the show’s emotional core: the depiction of adolescence — of struggling with maturity — through the device of superpowers. Melinda may look like a cross between Betty Boop and Astro Boy, but on a narrative level the team is taking cues from the final moments of Snow White, specifically the mix of emotion and cartooniness in the scene when the dwarfs cry.

It’s no coincidence that there’s a touch of Tezuka to the characters. Tartakovsky first conceived Unicorn almost two decades ago, just as he was working on an Astro Boy feature (which he ended up leaving). The passion project percolated in his mind until HBO Max bought it. He said it benefited from the delay, as the story was informed by his experience of watching his children grow up.

La Cachette, a French studio full of supreme artists, impressed Tartakovsky with their work on his recent Adult Swim series Primal. Rehiring them was a no-brainer, he said. Their talent for slick, dynamic action was on full display in the episode and animation tests we saw.

The 10-episode series will likely premiere at the end of this year or start of next, said Tartakovsky. It was also announced at the festival that he has signed an exclusive multi-year overall deal with Cartoon Network Studios and Warner Bros. Animation. 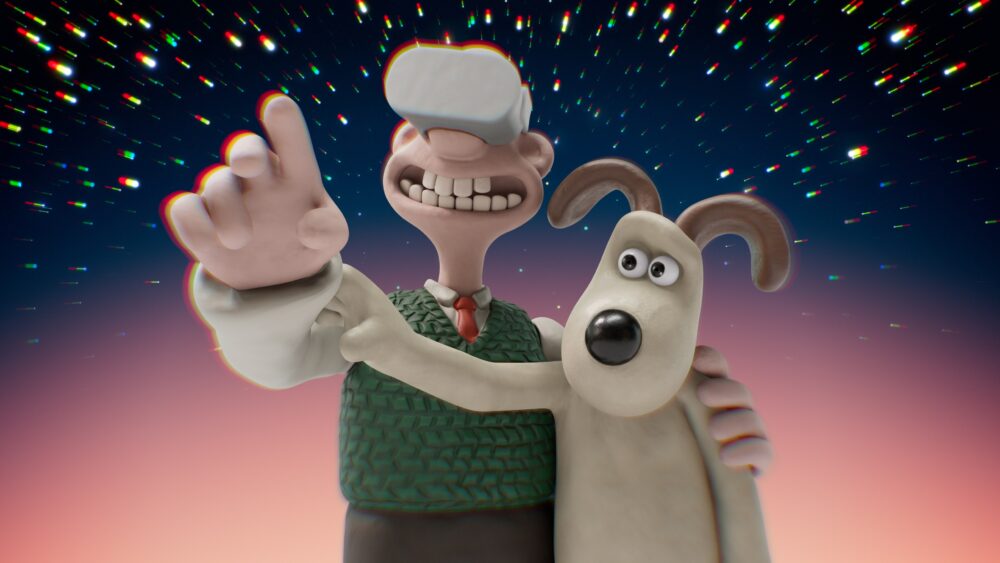 The project: In their first VR outing, the inventor and his pooch take a holiday; as usual, things don’t quite go to plan. A rocket is involved.

The people: Aardman Animations is involved, of course, with Wallace & Gromit creator Nick Park providing supporting (but not directing) the project alongside Merlin Crossingham, the franchise’s creative director. Paris’s Atlas V is producing and London’s No Ghost is developing, and the experience will be available on the Meta Quest 2 headset.

The presentation: Having delved into augmented reality with the recent game The Big Fix Up, the franchise is now going one further with its first virtual reality installment. As this is still a fairly new medium, the team spent more time describing their conceptual approach and pipeline than the actual content of the experience.

Atlas V and No Ghost previously collaborated on Madrid Noir, and the user feedback they received on it helped inform their work on this project. Crucially, there will be more interactivity this time, though the studios admitted they have yet to determine exactly what form that interactivity will take. Wallace and Gromit will feature alongside a robotic golf caddy. In a clip we were shown, the user was playing as Gromit, whose disembodied hands were manipulating a control panel according to Wallace’s instructions.

For all the importance of interactivity, which helps the player feel invested in what’s happening, the team insisted that “story is still king”. While plot details were kept under wraps, we were told the experience will probably last an hour or more. There’s a distribution imperative here: users now expect at least 40–45 minutes of gameplay from paid-for VR experiences, the team explained. They added that the story will be structured in chapters, and users will possibly be cued to take breaks at certain points.

The presentation walked us through the production process, from conventional storyboards — which help establish a sense of composition and choreography — through greyboxing (blocking out the environments), asset building and user testing. Clay models will be scanned to serve as the basis for the in-game models, and the animation will ape the franchise’s trademark stop motion, with some animation on twos or even threes.

The experience will launch in 2023.

Alex Dudok de Wit  is a veteran animation journalist who was previously Deputy Editor at Cartoon Brew. His first book BFI Film Classics: Grave of the Fireflies was published by Bloomsbury in 2021, and his translation of Hayao Miyazaki’s graphic novel Shuna’s Journey by First Second will be published this November.