The 2016 Annecy International Animation Film Festival (annecy.org), taking place June 13-18, has announced its official competition lineup and revealed this year’s poster designed by French-Canadian illustrator and animator Michèle Lemieux. The artist has won numerous awards for her children’s books, including the Bologna Ragazzi for her 1997 work Gewitternacht, which she adapted into a short animated film in 2003, Stormy Night, which also received numerous prizes including Berlin’s Crystal Bear. Lemieux also created the pinscreen-animated shot Here and the Great Elsewhere (2012, NFB).

Notable trends in this year’s Annecy selection include the record number of works in the short film, graduate film and TV & commissioned film categories. Curated from nearly 2,700 entries from 85 countries, the Official Selection will present 54 short films in competition — 34% made by women — including 11 in the “Off-Limits” lineup. France, Belgium, Canada and Germany have the most films in the mix. The 54 graduation films are majority woman-directed; and the TV and commission category has 77 projects (an 80% from last year). An additional 31 shorts will screen out of competition. All combined, 49 nations are represented by the selection.

The Official Selection is decided by the festival’s Artistic Director, Marcel Jean, and the members of the Films and Program Planning department: Laurent Million, Yves Nougarède and Sébastien Sperer. View the shorts, grad films, TV and commissioned films selections here. The feature film Official Selection and out-of-competition screenings will be announced at the end of April. 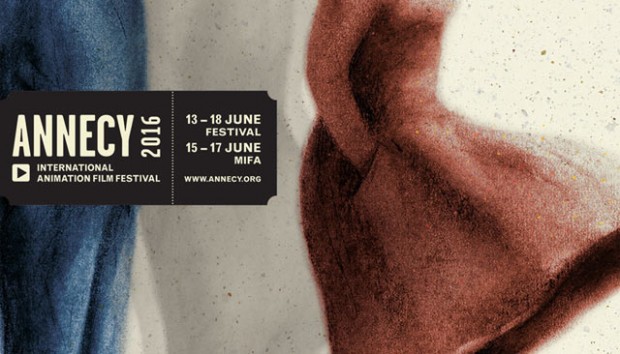