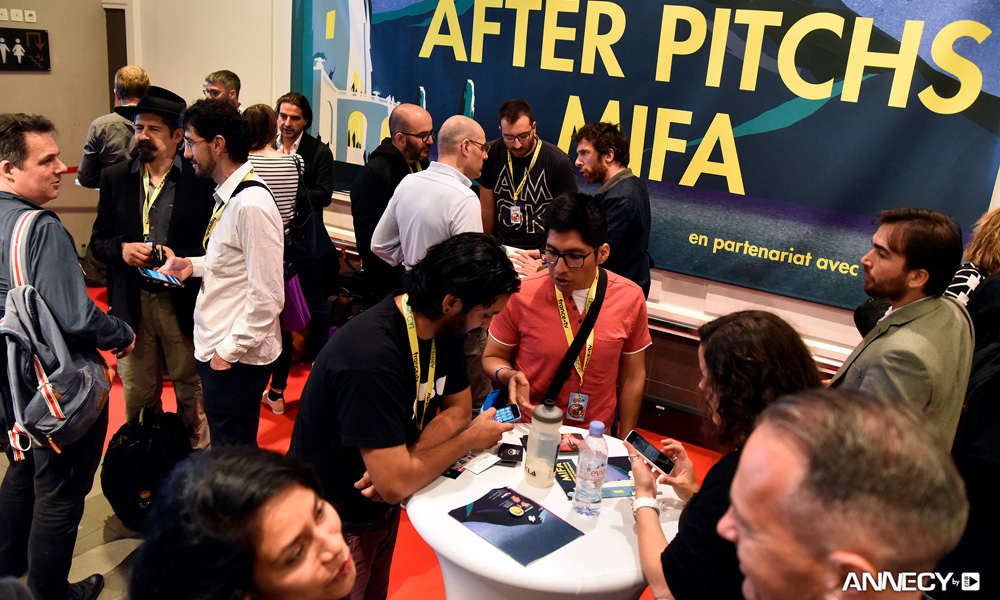 Programming highlights for the 2019 MIFA market — running concurrent with the Annecy Festival from June 11-14 — are beginning to take shape. The international MIFA Pitches program is enjoying another record-setting year, four rising toon territories are confirmed for the regional focus sessions, and eight feature film projects seeking gap financing are ready to meet with potential partners.

Out of a record 498 submissions, 37 projects will be presented at the MIFA Pitches over five category sessions:

This year, MIFA Pitches will be held in the Salle du Lac on the MIFA Platform; reservation required for attendees.

Already confirmed for the Pitching Territory Focus, in which regional organizations support and showoff their home-grown talent, are Latin America, South Africa, Japan and Quebec, Canada. The sessions will be held JUne 12 & 13 at the Impérial Palace (full program coming online soon).

During the Gap Financing program, fincancers, investors, distributors, sales agents and other potential stakeholders can meet the producers behind eight animated feature projects with at least 85% of their budget secured. The Meet the Producers mixer will be held Tuesday, June 11 from 9-11 a.m. at the Impérial Palace.