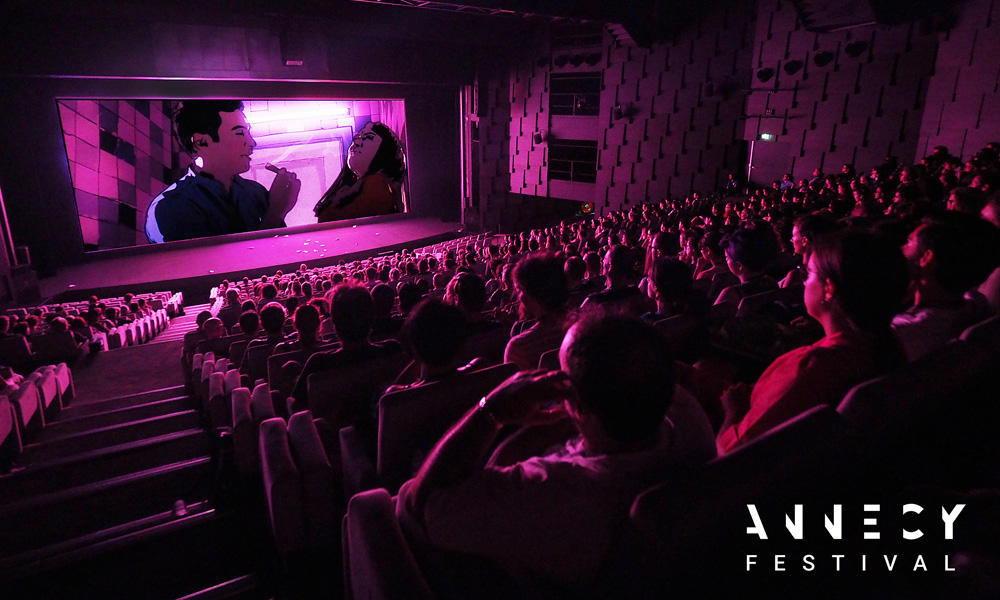 After more than a year with no in-person animation gatherings, mad dashes through airports to catch a connection or joyful reunions with friends and colleagues, the Annecy Festival (June 14-19) is in prime position to be the first big event to be held on-site. Presented as a hybrid physical and digital edition for 2021, the 60-year-old confab is as jam-packed with screenings and special guests as ever.

“To meet again. With this single goal in mind, for nearly a year the CITIA team has been rallying to welcome the animation film community, betwixt lake and mountains. If Annecy 2020 was the epitome of resilience, Annecy 2021 will be that of combat. The combat aimed to reposition Culture at the core of our existences and extol, yet again, works and their creators under the best possible conditions,” CITIA’s Chairman Dominique Puthod and CEO Mickaël Marin shared in a joint statement. “We applaud those pioneers who, in 1960, cradled the destiny of this infant Festival in the ‘Venice of the Alps.’ We also applaud those men and women who strove one after another to turn this event into an unmissable annual highpoint. In one way or another, Annecy is determined to stand its ground as animated cinema’s radiating center.”

In spite of an unusual context, at long last this year will finally be the time for celebrating the 60th anniversary of the Annecy Festival. A trip back through these six decades of animated history will be on offer all week long.

“Annecy is the first-ever movie festival fully dedicated to animation and it has become the major event of this sector, worldwide. We will continue to claim this special place in History as ours,” said Marcel Jean, the Festival’s Artistic Director. “Our aim is to always stay the foremost meeting place for our entire community and industry. Over the course of the years, this event has grown impressively, becoming more and more inclusive. Today we are proud to have remained relevant throughout our numerous transformations, without ever neglecting this priceless legacy handed down by the pioneers who were there at its genesis.”

The 60th – the screening: A special screening, full of first-times and surprises!

Plus, make sure you catch the urban exploration “Annecy Festival, 60 Years and Still Animated”, the CNC show at the Musée-Château, the Village du Festival, and so much more.

Animated Africa! From jury members on to programming and other Mifa events, get more details about this special year dedicated to African animation! Read more here.

On the Making of slate: four VIP-guided tours by directors and art teams through the inner workings of their movies. 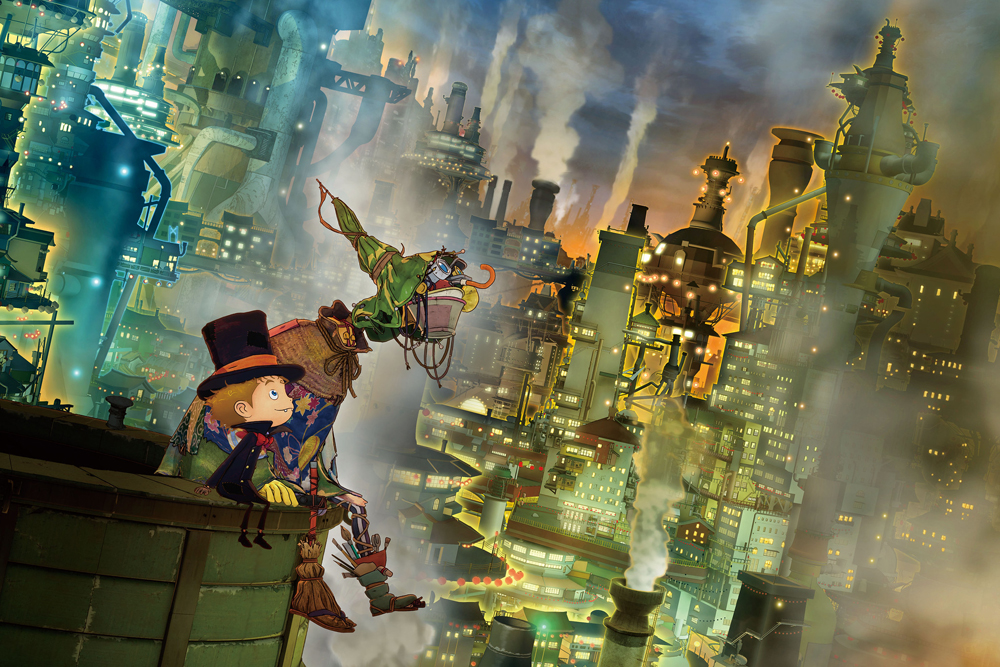 For animation lovers, Annecy is once again presenting an inspiring, entertaining and thought-provoking array of Feature Films along its two tracks:

The Fondation Gan pour le Cinéma has been backing the Annecy International Animation Film Festival for 15 years. In 2021, this partnership will grow even stronger: the Gan Foundation Award for Distribution will now reward a feature film from the official competition. The 20,000 € endowed prize will be awarded to the French distributor of the film chosen by the Fondation and will enable the winner to conduct one or more specific promotional operations for the film’s theatrical release. This prize should help audiences and films find one another, above and beyond the Festival. For over 30 years the Fondation Gan has been rewarding ambitious and unique feature films, both fiction and animation, so far honoring over 200 eminent filmmakers. 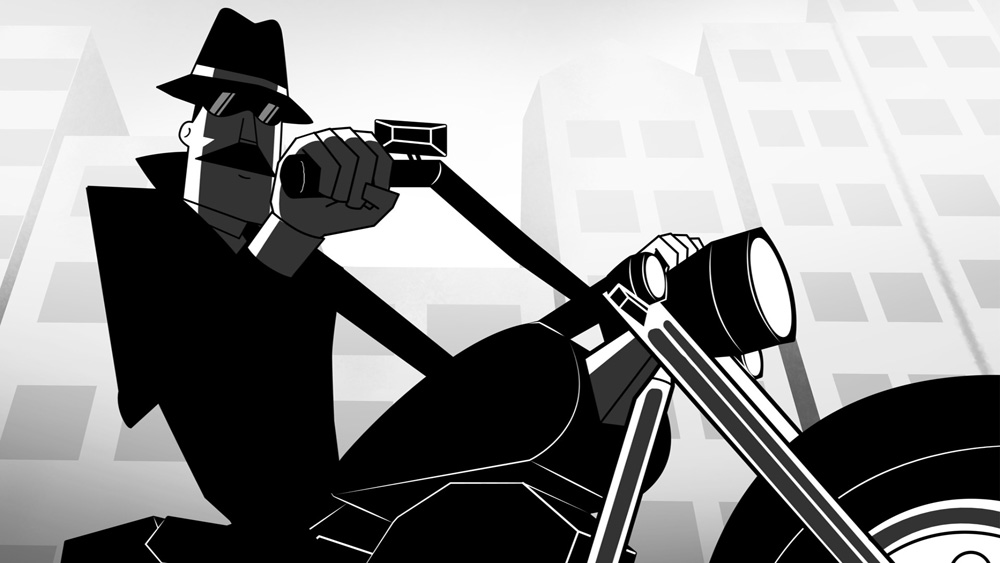 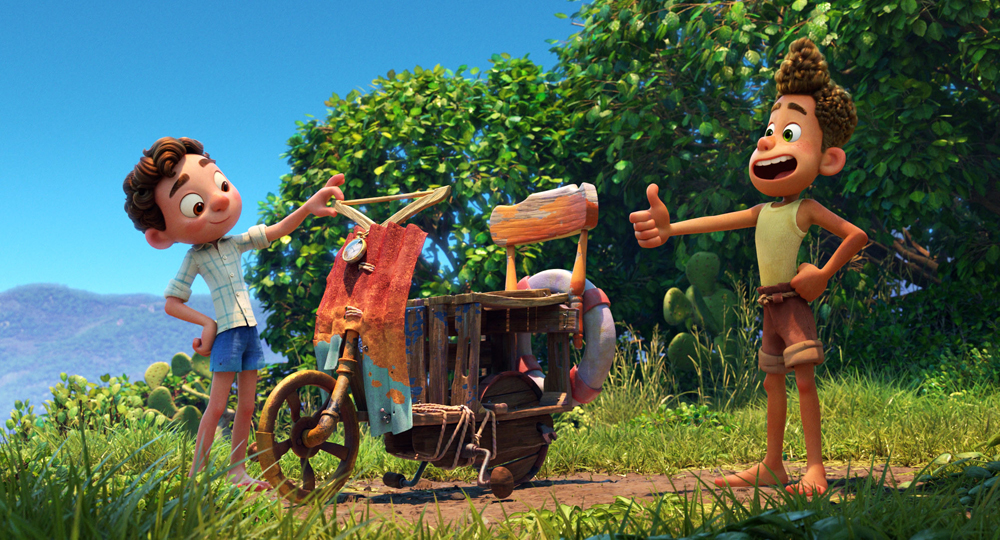 Outside the competition, audiences will find more special Screen Events and sneak previews. On Monday, June 14 at 8 :30 p.m., an in-competition Japanese film will open the celebrations: Josee, The Tiger and the Fish by Tamura Kotaro (distributed by Eurozoom). As a prelude, Annecy will present the world premiere of Tomorrow’s Leaves, an animated short by Studio Ponoc (Mary and the Witch’s Flower), hand-drawn and hand-painted. Additional presentations are feature films Wolfwalkers by Ross Stewart and Tomm Moore in Haut et Court, Spirit Untamed by Elaine Bogan and Ennio Torresan, Jr. (followed by a live Q&A), Even Mice Belong in Heaven by Denisa Grimmova, Jan Bubenicek, The Mitchells vs. the Machines by Mike Rianda and Jeff Rowe (followed by a live Q&A), Luca from Pixar Animation Studios (live introduction with director Enrico Casarosa and producer Andrea Warren), Coppelia by Jeff Tudor, Ben Tesseur, Steven De Beul, and Ainbo: Spirit of the Amazon by Richard Claus and Jose Zelada.

The closing ceremony will be followed by a presentation of short films: Jung & Restless by Joanna Priestley, Boy Oh Boy by Stephen Irwin, Flight by Samuel Yal, Blush by Joe Mateo (Apple/Skydance) and Us Again by Zach Parrish (Walt Disney Animation Studios).

Annecy and the women of animation: Annecy was among the first festivals to sign the ‘Charte 50/50’ in 2018, and it is continuing to march toward gender equality. On the programming front, in 60 years the Festival has gone from 9% to nearly 45% of movies directed by women as part of the 2021 Official Selection. Women will represent over 40% of the speakers at the different meetings organized this year. This percentage hits 42% for the Works in Progress participants and 50% for the Masterclasses. Historical levels for these categories. And on the juries, gender parity is also applied. 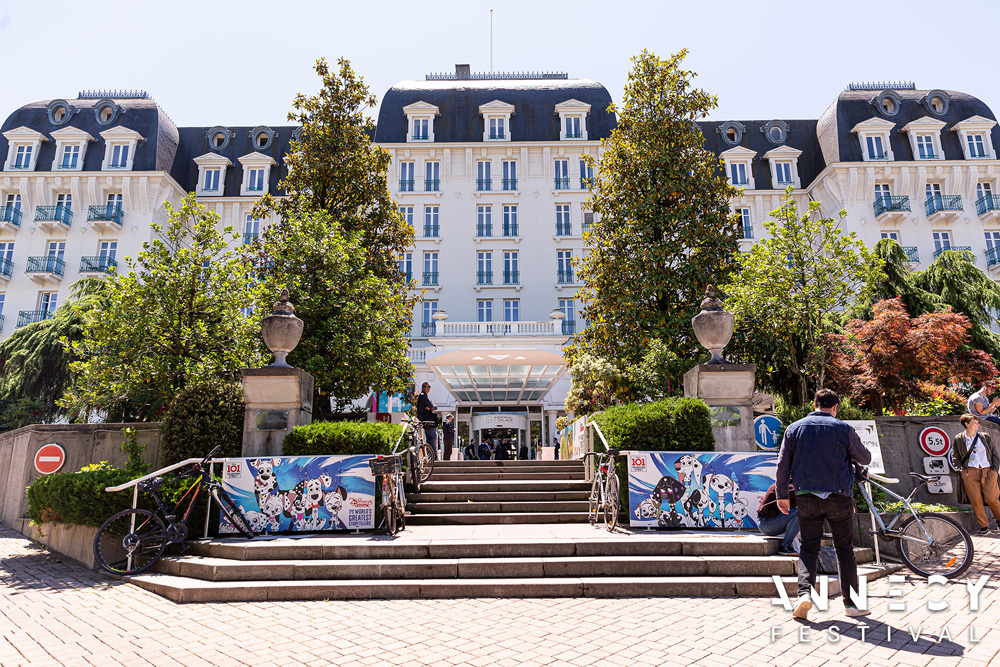 Mifa Campus: As every year, an emblematic figure of the animation world will be on hand for the Mifa Campus, coming to inspire and encourage the students and young talents of tomorrow’s animation. This year, and more specifically to celebrate African animation in Annecy as well as Africa 2020 Season, the event welcomes 2021 Mifa Campus Patron: Marguerite Abouet. Marguerite Abouet and her guests, who will share their artistic and professional career paths in animation, reveal their ties with Africa, and share their thoughts, convictions and advice on how to progress in the animation industry.

Annecy will also welcome special guest William Kentridge, a multi-disciplinary artist whose work in animation will be showcased in a retrospective at the Annecy Festival. Kentridge will embark on the Mifa Campus for a conversation with N’Goné Fall, general curator for Africa2020 Season. They will both inspire and encourage numerous artists from Africa and around the world.

“In this year of celebrating African animation, we wanted to extol the work of an African studio, a genuine trail-blazer of animation in its home country. Its journey in just a few years resulted in the production and shooting of series and feature films which have already earned a constellation of prizes. The studio has helped train talents in South Africa and throughout the African continent, structuring an industry to give all its professionals support,” noted Véronique Encrenaz, Head of Mifa. “We are overjoyed to bestow this prize on Triggerfish Animation Studios. Congratulations to Stuart Forrest and his entire team!”

Find the full Festival and MIFA program at www.annecy.org/programme-2021.