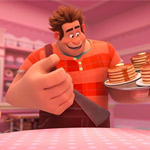 It’s official: the full program for the 2018 Annecy Festival was announced Monday at a press conference held by Patrick Eveno, Mickaël Marin and Marcel Jean at the Cinémathèque française in Paris — revealing even more tantalizing must-see screenings and events. In addition, Women in Animation & Les Femmes S’Animent detailed the program and speakers for the Women in Animation World Summit at Annecy, set for Mon. June 11 at the Imperial Palace Hotel.

Completing the picture that’s been developing over the past few months, highlights of the Annecy Festival screening events will include an advance look at Disney’s Ralph Breaks the Internet: Wreck-It Ralph 2 — joining previously announced debuts for Sony’s Hotel Transylvania 3 and How to Train Your Dragon: The Hidden World. The opening film is Dilili in Paris (with director Michel Ocelot in attendance), and attendees will finally get to see Liu Jian’s Have a Nice Day, which was struck from last year’s program. Alson the slate: This Magnificent Cake!, Godzilla: Planet of the Monsters and Jan Svankmajer’s new hybrid feature INSECT.

The Annecy Classics selection includes the shorts program Animation in Armed Forces Movies, a retrospective on the films of Patar & Aubier, Satoshi Kon’s Millenniu Actress, Hayao Miyazaki’s My Neighbor Totoro and DreamWorks’ The Prince of Egypt.

This year’s celebration of Brazilian animation inspires open air screenings of The Boy and the World and Rio 2096: A Story of Love and Fury; “Tudo Bom” exhibition of Brazilian digital art; three short film programs, a TV series selection and a historical exploration in documentary Between Frames – The Art of Brazilian Animation.

The day-long Women in Animation World Summit will feature panels and discussions spotlighting top executives and filmmakers from around the world, covering a range of topics affecting women in the industry. Julie Anne Crommett, VP of Multicultural Audience Engagement at Walt Disney Studios and WIA Secretary, will introduce the topic of “Inclusion” ahead of a series of panels:

“The Annecy International Animation Film Festival/MIFA is the most important global gathering of the entire animation industry, said Marge Dean, President of WIA. “Mifa’s continued support of WIA and our Women in Animation World Summit at Annecy have played a key role in our growth and influence as an organization.” Corinne Kouper, President of Les Femmes s’Animent (LFA) added, “This year’s Women in Animation World Summit is more relevant than ever given the past year’s events. LFA is thrilled to partner once again with WIA to host this essential event for women worldwide.”

WIA and LFA will also bring back their Annecy breakfast meetings open to all festival attendees Tue.-Fri., June 12-15 from 8:30-10 a.m. at the Brasserie du Parc. These informal and inspiring gatherings will cover a new topic each day, such as “Starting your own WIA Chapter,” “Sisterhood Solidarity,” “Spotlight Brazil” and “Women Directors in Competition” and feature an exciting lineup of top female animation talent from around the world.

WIA will also be recognized with the MIFA Animation Industry Award, marking the first time the award has gone to an organization. “After the 2015 Festival put the spotlight on women in animation, we are delighted to give this prize to Women in Animation and, through this association, to all organisations who work for the equal status of women in the animation sector,” stated Mickaël Marin, CITIA Managing Director, Head of Economic Development & Mifa. “This award is once again a demonstration of Annecy’s engagement to raise awareness and put into practice a real sense of equality within organisations”.