Taking place June 13-18, the Annecy International Animation Film Festival (accompanied by the MIFA market, June 15-17) will once again offer the very best in animation from around the world, showcased through features, shorts, TV projects and student works in and out of competition, masterclasses, speaking sessions and many more specialized events. The festival organizers have released the full program for 2016, which you can explore at www.annecy.org. Here are some of the highlights:

Take in the finest gems of feature animation vying for the coveted Cristal — and try to guess which will be the next global indie darling. This year’s Official Selection wil be judged by composer Bruno Coulais, France 4’s Children & Youth Executive Director Tiphaine de Raguenel, and producer-writer-director Sarah Smith.

+ My Life as a Courgette by Claude Barras (Blue Spirit, Rita Prod., Gebeka, Switzerland/France). A funny and touching tale about a group of orphans.

+ Nuts! By Penny Lane (USA). A standout from this year’s Sundance festival,the documentary is unique in subject, aesthetics and structure.

+ Psyconautas, the Forgotten Children by Pedro Rivero & Alberto Vazquez (Zircozine, Basque Films, Spain). Grown out of the world created for the short Birdboy and originally slated for 2015’s tribute to Spain — and worth the wait.

+ Window Horses by Ann Marie Fleming (Sandra h, Ann Marie Fleming, Shirley Vercruyssse, Canada). Fleming has spent more than 25 years developing and creating an unclassifiable film that is a fictional film, transdisciplinary exploration and animation shorts all in one.

This year’s focus country is France — a nation that has been central to the European animation scene throughout its history. Annecy has chosen to take a different perspective on French animation this year, exploring how it is perceived by the rest of the world through 13 dedicated programs and five documentary screenings.

+ The Classic’s Classics (curated by Giannalberto Bendazzi) includes Fantasmagorie by Emile Cohl (1908), The Idea by Berthold Bartosch (1931) and The Little Soldier by Paul Grimault (1947)…

+ Eastern Wind (Igor Prassel), co-productions with Eastern Europe like A Blue Room by Tomasz Siwinski and Tram by Michaela Pavlatova (2012)… 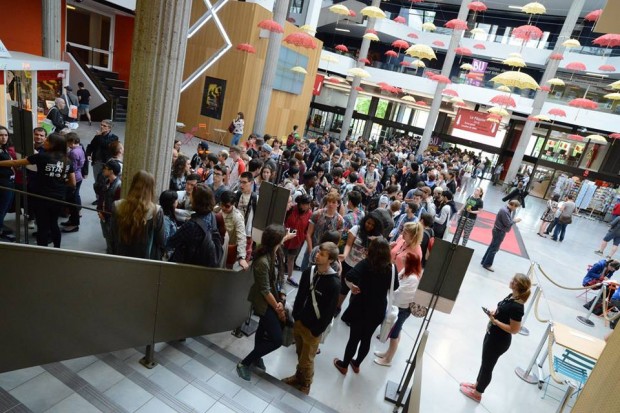