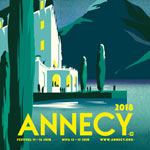 This year’s Annecy International Animated Film Festival and MIFA market (June 11-16 & 12-15) will collect some of the brightest lights in the international animation scene in the picturesque Alpine town next week. This year, audiences will have a chance to see the latest works and soak up the wisdom of the following personalities (in order of appearance):

Michel Ocelot (Azur & Asmar, Kirikou films) will present the Opening Night screening of his latest feature, Dilili in Paris, on Monday night. He will be accompanied by the young voice star of the film at the invitation-only event. [Teaser]

Mark Osborne (director of The Little Prince and WIA Chair of Male Allies) will lead one of the discussions during the Women in Animation World Summit (presented by WIA and Les Femmes s’Animent): What 50/50 Means to Allies, exploring the organization’s parity goals through the eyes of men. (Monday, 2-3 p.m.)

Mamoru Hosoda, director of many fantastical films including The Boy and the Beast and 2018 Feature Competition selection Mirai, will be in attendance at the Tuesday night screening of his new film (8:30 p.m.) and the press conference the next day (9:15 a.m.)

Nora Twomey, director of The Breadwinner, and voice actress Golshifteh Farahani will present the acclaimed feature on Wednesday at 10:30 a.m. in the Bonlieu Grande salle. The will also attend the press conference at noon.

Actress-director Zabou Breitman and animation artist Éléa Gobbé Mévellec (Lastman, The Rabbi’s Cat) will present their directing collaboration The Swallows of Kabul as a Work in Progress screening on Tuesday at 11:15 a.m. (salle Pierre Lamy).

Indefatigable animation legend Richard Williams (Who Framed Roger Rabbit?, The Thief and the Cobbler), patron of the 2nd MIFA Campus, will be on in attendance throughout the event (Tues.-Fri.)

Hotel Transylvania franchise helmer Genndy Tartakovsky will show off the non-finalized version of the next installment, Hotel Transylvania 3: Summer Vacation. Producer Michelle Murdocca will also be in attendance at the Wednesday screening (6 p.m., Bonlieu Grande).

Director Denis Do will present his film Funan — an intense journey into the violence and upheaval of Cambodia’s Khmer Rouge regime — at a screening Wednesday at 8:30 p.m. in the Bonlieu Grande salle. He will be joined by producers Sébastien Onomo, Annemie Degryse, producer/distributor David Grumbach, and voice actress Bérénice Béjo for the press conference on Thursday at 9:15 a.m.

Dean DeBlois will sneak peek nearly 20 minutes of exclusive footage from How to Train Your Dragon 3: The Hidden World as part of DreamWorks’ festival activities. (Thursday, 10:30 a.m.)

And Brad Bird will be in Annecy to present the exclusive international debut of The Incredibles 2 and to receive an Honorary Cristal in recognition of his career achievements.

As “Music & Animation” is one of the key themes of the 2018 fest, aural artists will also participate in a variety of ways. The composer Éric Neveux, who has written more than 60 pieces of music for films and just as many for TV, will discuss his work on the animated films Zombillenium and Richard the Stork on Friday at 2:30 p.m. in Bonlieu Petite salle. And an exceptional concert by Dominique A will take place against a backdrop of animation created live by Sébastien Laudenbach at the Brise Glace on Friday at 9:00 p.m. 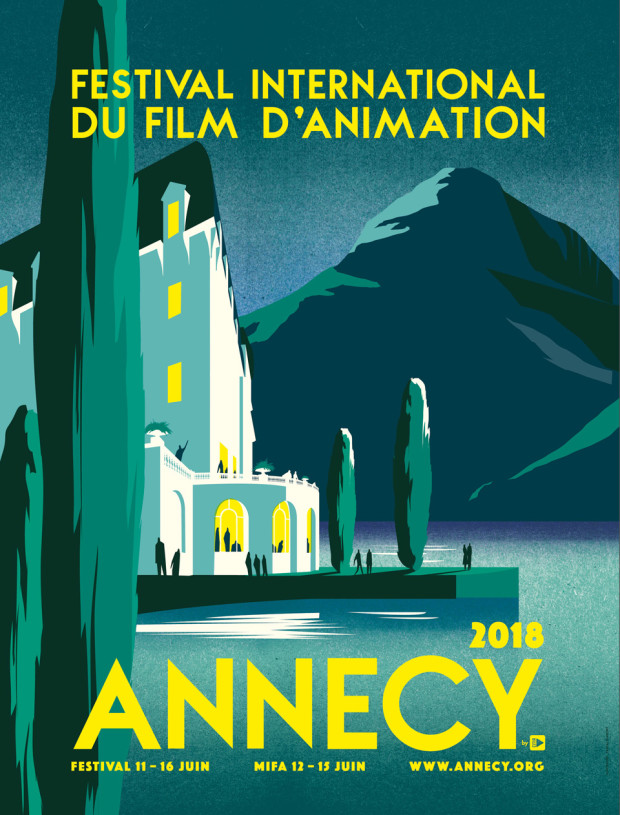