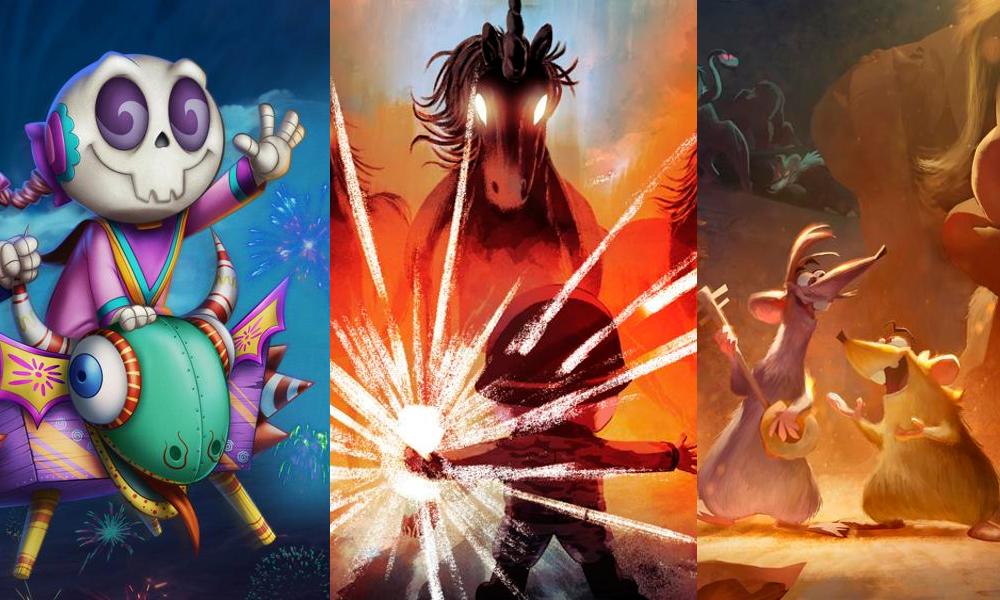 Curated by the Annecy International Animation Film Festival and its market (MIFA), Animation! WIPs is an exclusive selection of animated feature films in production which will be showcased in a special program at Ventana Sur. Novelly, this edition extends the selection territories to Ibero-America, including a film from Spain for the first time among the features in the program.

The works in progress program will be available for all the market attendees at Ventana Sur online platform. Additionally, Animation! WIPs by Annecy will present screenings in seven cities in Europe and Latin America as part of the Worldwide Screenings program that the market makes available to international festival programmers, sales agents and distributors accredited for this edition. 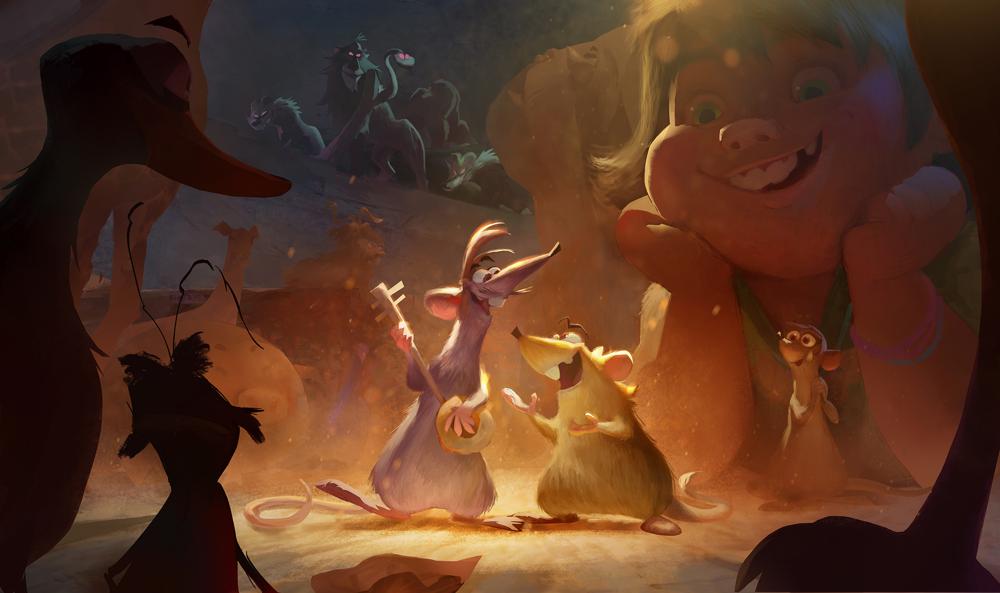 Noah’s Ark – A Musical Adventure (Gullane, Video Filmes – Brazil / Symbiosys Technologies – India) A fun and original take on one of the most iconic stories of all time. The film follows two inseparable mice: Vini, a charismatic poet, and Tito, a talented guitarist. When the rains come, Vini and Tito sneak their way onto the Ark and together avert a showdown amongst carnivores and plant eaters. Directed by Sérgio Machado and produced by Caio Gullane, Fabiano Gullane, Walter Salles and Oruganti Naresh Kumar, the 80 min. full CG family film is due in June 2022.

The Paradise (Nomad Cine, EOK Prod. – Argentina) Rosario, 1926. Magdalena and Anna Scilko arrive from Poland with the promise of a new future. Deceived, they will fall into the hands of The Abramov Clan, the criminal organization that ran the largest prostitution network in the city. A testimony of the painful story of love, revenge, betrayal and death which took place in the “Argentine Chicago.” Federico Breser and Fernando Sirianni direct this 3D-animated adult drama, with Sirianni producing. Release set for April 2021, 95 min. 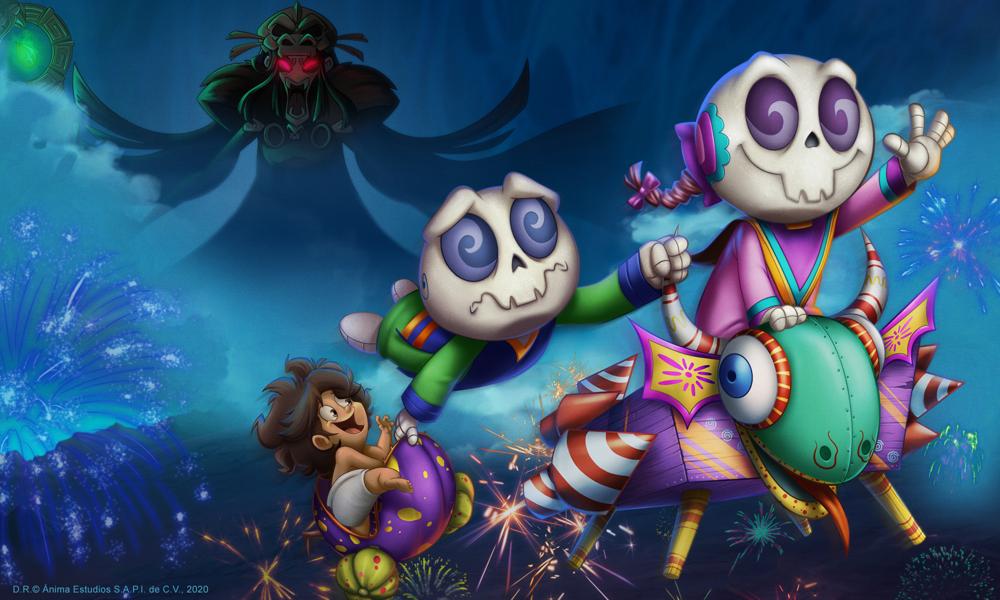 Las Leyendas, The Origin (Ánima Estudios – Mexico) Finado & Moribunda, two sugar skull kids, live in mythical Pueblo Calaca where they get into all sorts of trouble. But their easy way of life is going to change after a human baby crosses through the Eternal Mirror and absorbs its energy, putting a dent on the evil plans of Moira, the legendary evil witch. The skulls must save the baby and get him back to his world before Moira finds him. Directed by Ricardo Arnaiz, produced by Fernando De Fuentes S. and José C. García de Letona, this 85 min. 2D comedy-thriller for kids 8-12 will debut in February 2021. 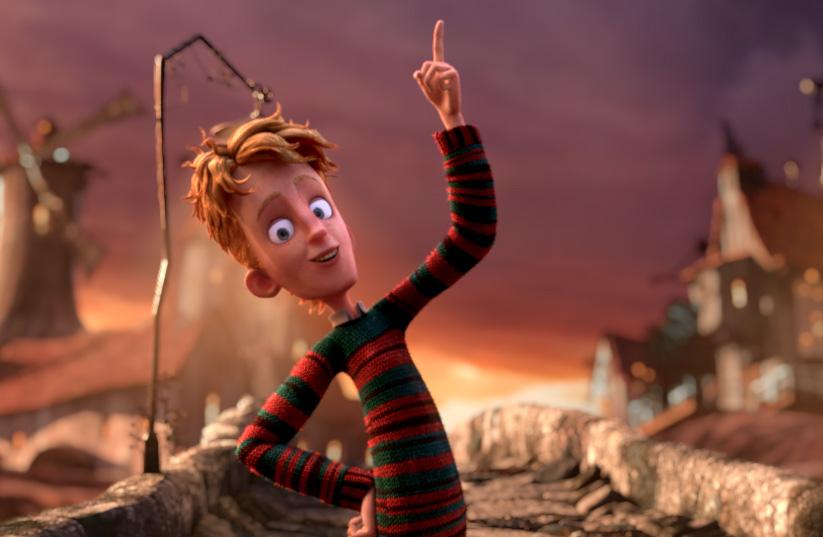 Quixotes (Gf Films – Argentina; Studio 100 – Germany; Chatrone – Brazil) When a great storm threatens the destruction of a town in La Mancha, Alfonso, the legitimate heir of Don Quixote, an 11-year-old boy, decides to face the storm with his friends Pancho and Victoria to safeguard their lands. Together they will face great challenges and discover the value of friendship. The 85 min., CGI family comedy-adventure is directed by Gonzalo Gutiérrez and produced by Florencia Lemoine. 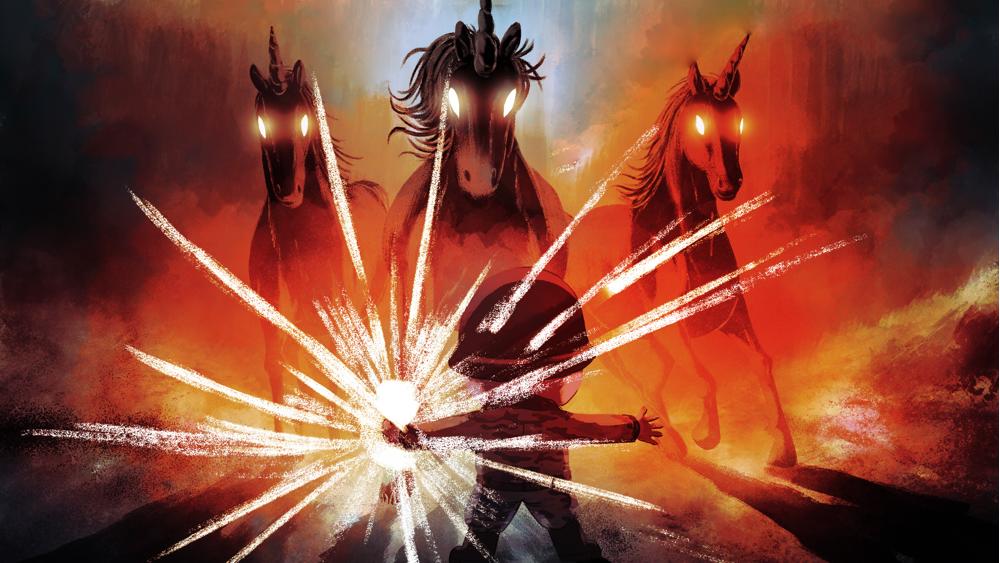 Unicorn Wars (UniKo, Abano Prod. – Spain; Autour de Minuit – France) A new adult fantasy comedy from multiple Goya Award-winning animator Alberto Vázquez, the film is set in a world where teddy bears and unicorns have been at war or as long as anyone can remember. Finally, a teddy bear regiment leaves the training camp for a mission that will end in a brutal and disastrous final battle. Vázquez directs the 2D animated, animated project, with Iván Miñambres, Chelo Loureiro and Nicolás Schmerkin producing. The 80 min. feature is due in June 2022.

‘Sponge on the Run’ Legs It to Netflix Nov. 5 (Outside NorAm)
‘Nahuel and the Magic Book’ Makes Market Premiere at AFM