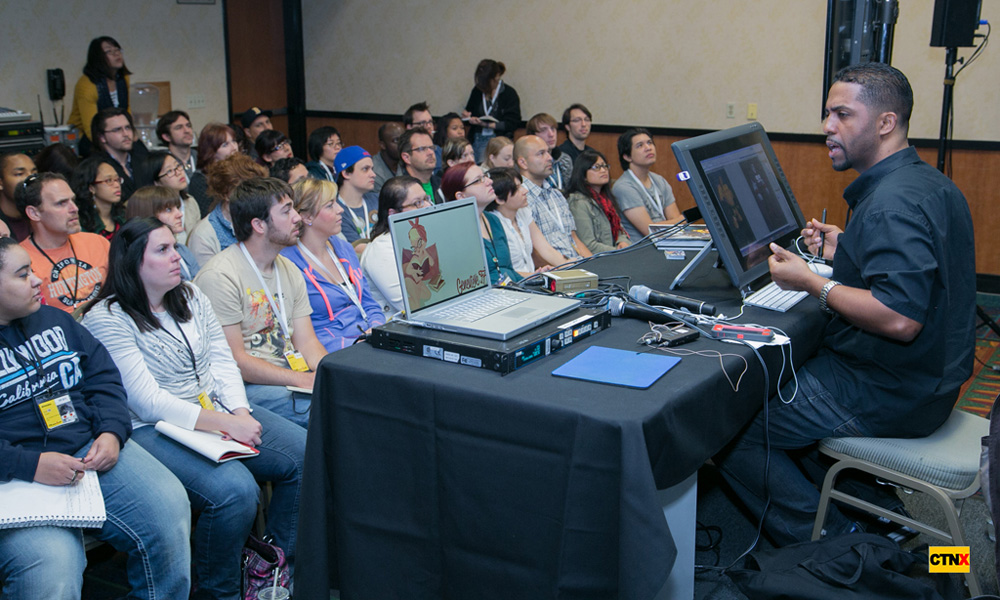 One of the highlights of the annual animation events calendar, CTN animation eXpo (www.ctnanimationexpo.com) will return to the heart of Toon Town for its 11th year. Packed with great programming, an engaging exhibition floor, screenings, recruiting sessions, live demos and more, the four-day event will bring acclaimed artists, students, fans and industry pros together in Burbank, Calif., November 21-24 — officially dubbed “Animation Week” by the City of Burbank.

Creative Talent Network founder Tina Price managed to squeak out a few minutes to give us the scoop on this year’s “Transformations” themed CTNX while putting the final touches on the event. Read on!

What can attendees expect from this year’s CTN animation eXpo?
The theme this year is “Transformations” shedding a light on growth in both the hard and soft skills of being an artist. When you are in a ‘transformation mindset’, you take that extra step forward so you are not in the same place year after year. “If you change the way you look at things, the things you look at will change,” and transformational change for an artist is the rocket fuel to establishing the next stand-out style and film.

Who are some of the guests you’re most excited to have on the schedule this year?
We are excited to bring this year some inspirational artists to help us transform and do a little cross pollination.

What about on the screen?
It wouldn’t be CTN without a few sneak-peeks and screenings. We will “Open the Show with Disney” [with] a sneak screening of the most awaited sequel, Frozen II. We are also proud to screen Klaus, which is written and directed by Sergio Pablos in his directorial debut, and distributed by Netflix as its first original animated feature. Also, we are honored to announce the premiere of Walt Disney Animation’s Short Circuit, an experimental short film due for release in 2020. Along with tribute screenings of Waking Sleeping Beauty and Who Framed Roger Rabbit.

We will preview Netflix’s exciting slate of 2020 films with special guests and never-before-seen footage of projects including Kris Pearn’s The Willoughbys and Glen Keane’s Over the Moon — directors will be in attendance. And a late night screening of I Lost My Body with director Q&A.

What are your top tips for artists looking to make the most of their CTN experience?
Engagement is key this year. Come in early and benefit from intimate, long-format master classes with Michal Makarewicz for animation; Oliver Thomas, Jerrica Cleland and Dave Zaboski for story; and Goro Fujita for VR. Attendees are very much encouraged to make a connection with the talent on their own or through CTN’s Information Scavenger Hunt and Design This challenge. Bring a sketchbook, connect with as many of the headliners in the Featured Artist Live Studio as you can. You will see a lot of things in a very short period of time. You may not understand it, you may question it and you may not even find if of value, but absorb as much as you can because the event doesn’t end on Sunday.

How has CTN eXpo evolved and grown over the last decade?
CTN hasn’t worked this hard over the past 10 years just to stay in the same place every year. We take risks, push out further, include other genres and try new things every year. This year we are proud to include a Production Animation Bootcamp sponsored by DreamWorks Animation: A five-hour immersive experience where those who want to learn about being a production assistant or coordinator can meet and learn from their production team.

What makes this event stand out on a crowded calendar?
CTN spends many months leading up to each expo asking questions. Who are we, what do we want to share this year and why? And, most importantly, we ask ourselves: What are artists going to need ‘today’ to create fantastic animation and tell amazing stories for tomorrow? We hope to cultivate and nurture the creator experience every year in a new and different way.

How would you describe the global animation scene going into 2020?
It is about inclusion and engagement. We are proud to partner with Exceptional Minds this year, a studio and school for creators with Autism.

What is the biggest challenge facing artists in the animation industry?
I think many people today, and especially artists, are plagued by the enemies conformity and fear. CTN helps to create a safe place for artists to try new things, meet new people and give us an opportunity to help empower them and to let them know that they are the genesis of creativity and growth. What you focus on defines the direction you go, so hopefully CTN helps them see through the looking glass a bit more and see in the mirror the power they truly have.

What is the most rewarding thing about putting on CTNX every year?
The cultivating and creating fertile ground to grow, and knowing that you are making a difference for artists. In a world that is so distracted, with the cutting back on the arts — for us, just knowing that CTN can make a difference is what drives us forward past any struggles.

Do you have a fondest memory from past expo?
One memory I still think about was, the director of The Little Prince told me that three years prior to the greenlight start of that film, it had begun as an idea over breakfast at CTN. 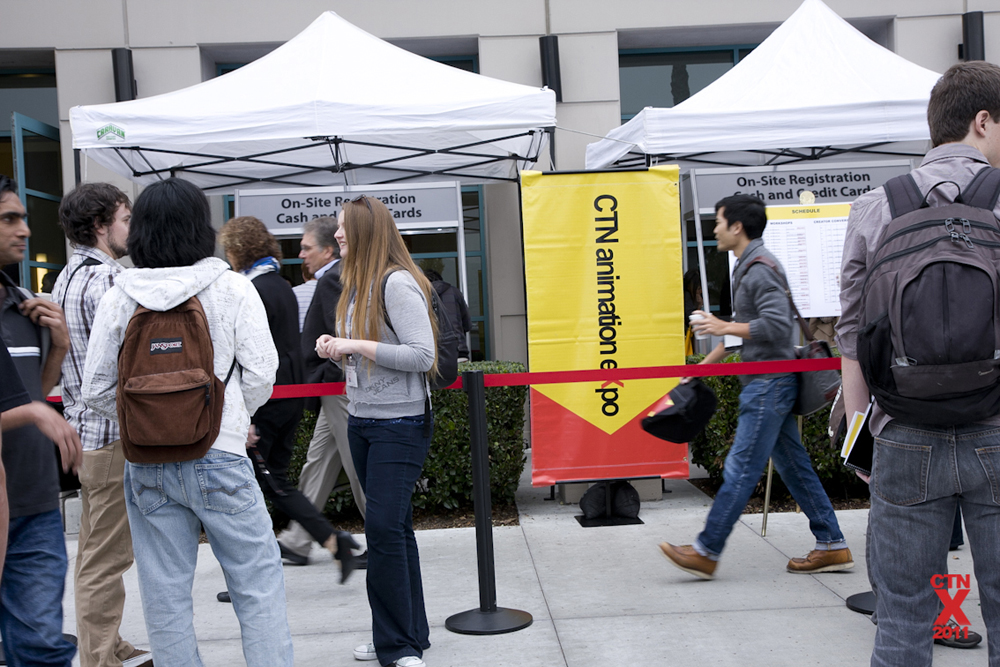 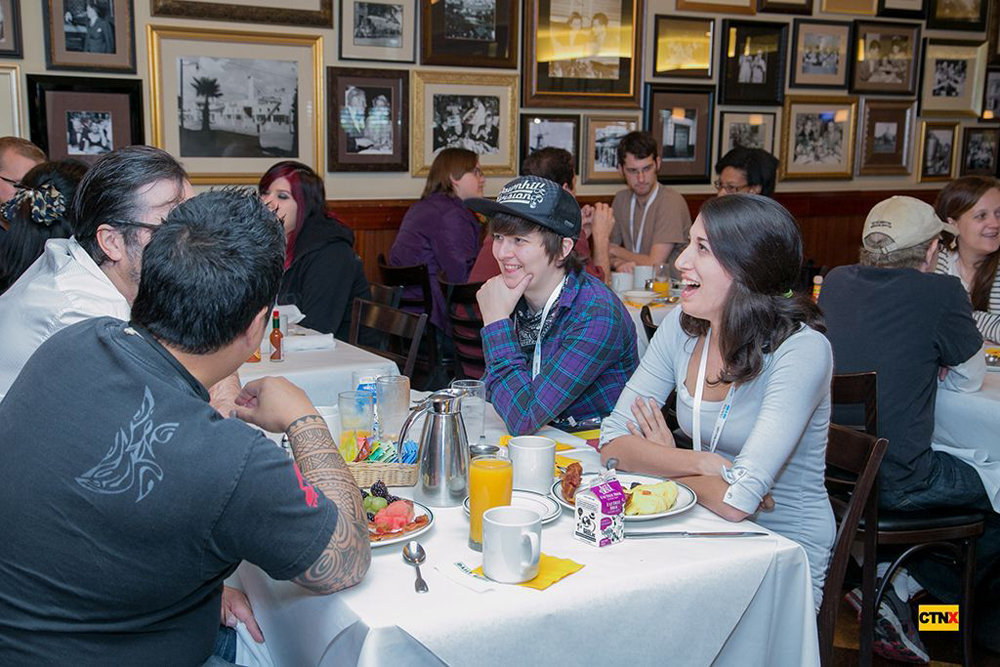