DreamWorks Animation’s eagerly anticipated feature Rise of the Guardians has been generating huge buzz and emerged as one of the major frontrunners of this year’s very competitive award season. You’ll have a unique opportunity to learn about the making of this beautiful animated pic and meet the director Peter Ramsey and producers Christina Steinberg and Nancy Bernstein on Monday, October 29 at 10 a.m. at our Animated Feature and VFX Summit in Marina del Rey, Calif.

The talented DreamWorks team will reveal some of the behind-the-scenes secrets of this meticulously crafted feature and offer insights into the DreamWorks methodology and teamwork that allows for creativity and risk-taking projects to thrive at the studio.

There are lots and lots of more reasons to attend this fantastic summit, which will also feature a terrific panel on Sony Animation’s blockbuster hit Hotel Transylvania, with the amazing director Genndy Tartakovsky, producer Michelle Murdocca, Sony’s president of worldwide distribution Rory Bruer and Sony Animation’s president of production Michelle Raimo Kouyate. This highly informative panel is slated for Tuesday, October 30 at 11 a.m.

That’s just the tip of the iceberg, though. There are lots and lots of helpful panels and knowledgeable speakers planned for this cool gathering. Digital Domain co-founder Scott Ross, Oscar-winning producer Max Howard, animation veteran Eric Rollman, Emmy-winning Toon Boom president Joan Vogelsang. Baboon Animation director Mike de Seve, entertainment attorney Fred Fierst and the Gotham Group’s Eric Robinson are only a few of the top industry professionals who are slated to appear at this summit.

Make sure you register soon before the event is all booked up, since seating is limited at the venue (Marine del Rey’s Yacht Club).

If you would like to volunteer at this event, please email nancyannbates@gmail.com as soon as possible. 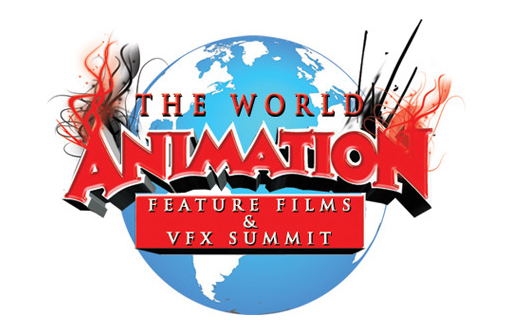