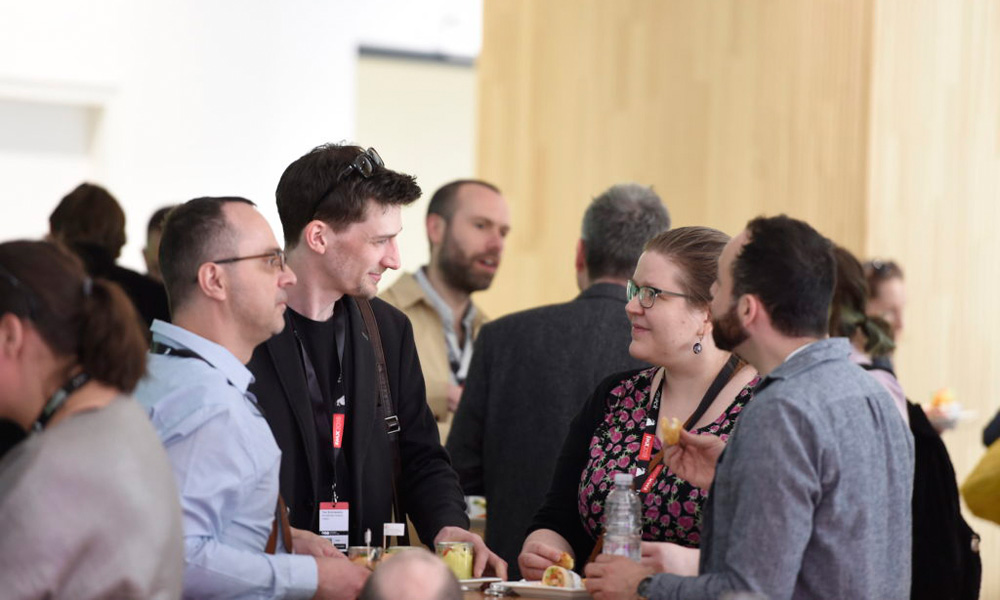 The 13th edition of Animation Production Days drew to a close in Stuttgart Friday night. During the course of the two-day event, about 800 one-on-one meetings between producers and potential production and financing partners for new animation projects were held in Stuttgart’s L-Bank. APD is the most important business platform for animation projects in Germany and takes place every year as part of the Stuttgart International Festival of Animated Film (ITFS) and FMX – Conference on Animation, Effects, Games and Immersive Media.

“A spirit of optimism is prevailing in the industry, something we also noticed in the high number and consistently excellent quality of the submitted projects. There is a huge programming demand from the buyers. For this reason, we are confident that many of these projects will find a successful path to production,” said Marlene Wagener, Head of APD.

“We are particularly delighted that up-and-coming talents presented such original and highly promising projects at this year’s APD,” noted Prof. Andreas Hykade, Conference Chair FMX and Co-Organiser of APD. “Young filmmakers are using their short films as springboards for ambitious series with international appeal. Hopefully, these talents will find the partners to help them finance and produce their projects.”

This year, the jury selected 50 projects with a combined production value of around 180 million euros to be presented at APD. Alongside classic children’s series and family films, cross-media concepts, games, VR projects and online formats were also represented, including numerous projects for teenage and adult audiences. Subject matters ranged from edutainment, comedy, adventure stories and fantasy for kids, to historical and political material, animated documentaries, satire and science fiction. The 165 participants from 23 countries discussed financing strategies and collaborations for these projects in around 800 one-on-one meetings and at various APD networking events.

“The animation industry is undergoing a disruptive transformation too, but this is also providing a great chance for new formats and content,” said Prof. Ulrich Wegenast, Managing Director – Programme, ITFS and Co-Organiser of APD. “I’m delighted that APD is reacting to this potential via the opportunities given to and the integration of new players like streaming platforms. Thus, linking the two ITFS events, the Trickstar Professional Awards and the mini-conference on VR, AI and Blockchain – New Business Models for Animation to APD makes a lot of sense.”

“We also sense the aforementioned spirit of optimism from the international animation industry in the ITFS which we want to support with additional industry events. With these and FMX we are a beacon of the German animation scene shining far beyond Europe,” added Dieter Krauß, Managing Director – Organisation and Finance, ITFS and Co-Organiser of APD.

“For us it’s a very useful event,” commented Zia Bales of Turner Broadcasting (U.K.) “We can meet new partners here that we cannot meet at other markets. And it’s a very focused atmosphere, you really have time to talk.”

Over 300 visitors attended this year’s APD Conference which took place on Thursday afternoon in the rotunda of Stuttgart’s L-Bank, and which was also open to industry guests from FMX and ITFS.