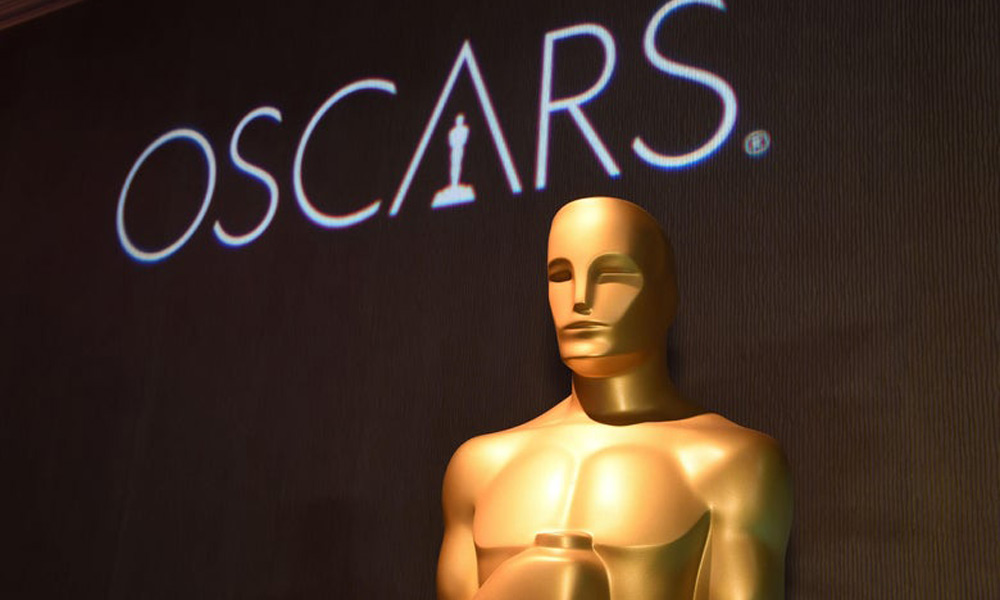 The nominees for the 92nd Academy Awards were announced Monday morning, revealing the five contenders each in our can’t-miss categories: Animated Feature, Animated Short Film, Visual Effects and Original Song. The talented movie magic makers behind these projects have been reaching out to share their excitement:

“Great news for the Dragon cast and crew! The Academy has been very kind to us over the past decade, honoring us with nominations for each installment of our trilogy. It’s been a labor of love and we greatly appreciate the acknowledgment.”

— Dean DeBlois, writer/director, How to Train Your Dragon: The Hidden World

“We are immensely proud and honored to receive this nomination from The Academy. The story of Hiccup and Toothless has been a story of a life-changing friendship and a world that so many artists have brought their heart and immense talents to. We congratulate our fellow nominees and all who have given so much in the making of Dragon.”

— Bonnie Arnold, producer, How to Train Your Dragon: The Hidden World

“I’m excited, honored, and so thankful to the Academy to be nominated and so proud and happy for our amazing crew that put every ounce of their energy into this film, and a cast that brought such memorable performances to life.”

–– Brad Lewis, producer, How to Train Your Dragon: The Hidden World

“What a dream come true for myself and the whole crew! Who would have thought that an adult animated film, a bit weird and melancholic, about a severed hand and titled I Lost My Body could one day be Oscar nominated? It’s proof that a film made with limited funds and not playing by the usual rules can still achieve the highest artistic recognition. What an honor! Thank you to Guillaume Laurant, who wrote the book this film is based on. Thank you to my producer, Marc du Pontavice who never ceased to believe in me. Thank you to my voice cast, my composer Dan Levy and the whole crew at Xilam Studio.”

“I feel extremely proud and grateful for this nomination. Proud because this is celebrating an immense effort to cross the boundaries that are usually assigned to animation, to claim the right to draw adult stories that are complex and demanding. And grateful to the academy for demonstrating its love for diversity. It’s never been so urgent that the heart of the world entertainment industry encourages different voices, different art of storytelling. My admiration and thanks goes to the brilliant vision of film director Jeremy Clapin and to the talent and devotion of the artists at Xilam Animation Studio.”

“We are extremely honored to be nominated for an Oscar. Many thanks to the members of the Academy of Motion Pictures and Science. Klaus would not be here without our relentless crew of 260-plus talented artists and technicians representing 22 countries, and of course without ATRESMedia and Netflix, who believed in our vision to take traditional animation forward. We hope others will continue to innovate and diversify the animation medium.”

“Everyone at LAIKA is absolutely thrilled to be nominated for Best Animated Feature Film for Missing Link. Our film speaks to the human desire to belong, to find your place in life and to connect with others. For the hundreds of animators, craftspeople and technologists who create our films, that connection lies in the belief that movies matter and that creating beauty and emotionally rich film experiences is our best way to make a difference in the world. A most sincere thanks to the Academy for this acknowledgement.”

“Working on Toy Story 4 has been an incredible journey and a tremendous honor. We love these characters so much — they are like family to us. Our goal was to tell a story that explored the idea that our purpose is a moving target. It’s humbling how that message resonated with audiences around the world. We hope people have found it not only to be entertaining, but thoughtful as well.

Of course it’s also a film about toys, which hopefully helps imbue the experience with humor and fun as well as emotional depth. But for us, and our entire crew, when we receive an honor like today’s two nominations, it’s clear our purpose is to strive to tell great stories. Thank you Academy for this recognition — to infinity and beyond!”

“Our Daughter is a dream of every parent. She is well turned out, doing great and making her parents proud. And considering her modest background, she went into the big wide world early, with full self-confidence. Her spiritual mother is a great person and film artist, and that must be the dream of every film producer, too. Daria created an exceptional film. I am happy that I could be at its birth and I am already looking forward to the new film that Daria is beginning to prepare with us. Last but not least, besides the closest colleagues, the editor Alexander Kashcheev and Zuzana Roháčová from the Department of Production, I have to mention the systematic and steadfast support of the Czech Film Fund, which – led by Helena Bezděk Fraňková – explores ways how to return Czech filmmaking and Czech animation to its distinguished international position.“

“We are so very grateful to The Academy for this recognition. We set out on this journey to tell the story of a young black father whose love for his daughter takes him into uncharted territory – doing her hair for the first time. The story was incredibly personal to us because it allowed us to tackle the negative societal stereotypes around natural hair and black fathers, and to normalize the depiction of a loving black family that we know so well and yet have seen so little of in media. We are grateful for the overwhelming reception. It’s a testament to how much representation matters and how it can empower all of us to see ourselves in a more positive light. We humbly thank Sony Pictures Animation and everyone who played a part in getting Hair Love out to the world.”

“We are truly honored and humbled to receive this nomination and be celebrated alongside such an inspiring collection of shorts — it means the world to us and the entire Kitbull crew. Our biggest hope with Kitbull was for the audience to come away with a deeper appreciation and understanding of animals and their needs, and to give a voice to the voiceless… so to be recognized at this level, could not be more meaningful. A sincere thank you to the Academy. Now we are off to celebrate by watching more cat videos!”

“Sister is a very special and personal film for me. When I started to make this film, I simply wanted to make a film to reflect on my childhood and tell the story of our generation that nobody has ever told before, never really thinking about how the film would eventually be received. It has been a fantastic journey to create Sister and to see her being embraced by audiences around the world. And today I’m extremely grateful to see Sister being nominated for an Oscar among this group of amazing films! I want to share the joy with my CalArts mentors and student volunteers who helped on the production, I could not have created this film without their guidance and support. And thank you to the Academy for this nomination, it means the world to us! When I left China six years ago to pursue my dream as a filmmaker, my parents told me: ‘Go explore the world.’ They probably didn’t see this coming.”

“For us, ‘Into the Unknown’ is more than a song — it’s a culmination of a decade-long collaboration with the incredible artists at Walt Disney Animation Studios, led by our partners and friends Jennifer Lee and Chris Buck. We have been so lucky to work hand-in-hand almost daily for five years helping to craft the story and songs for Frozen II. To be honored by the Academy once more means the world to us.” — Songwriters Kristen Anderson-Lopez and Robert Lopez, Frozen II “Into the Unknown”