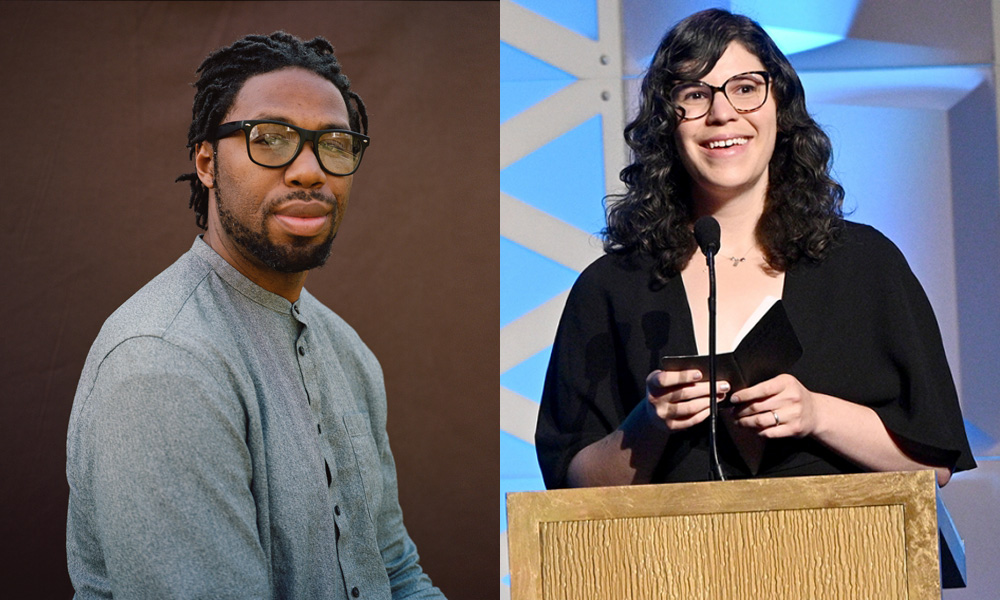 Matthew A. Cherry and Rebecca Sugar

The Ottawa International Animation Festival (OIAF) announced the line-up for the highly-anticipated Animation Exposé on Saturday, September 28. The sessions will give audiences a personal look at the best new and innovative animation out there, with a day full of high-profile talks at the National Arts Centre.

“This year’s Exposé line-up will definitely leave audiences inspired,” says OIAF Director of Industry Programming, Azarin Sohrabkhani. “We are excited to showcase fresh voices who are changing the face of the animation industry.”

Headlining this year’s event is Rebecca Sugar, creator of the upcoming musical-filled adventure Steven Universe The Movie, premiering Monday, Sept. 2 (6 p.m. ET/PM) on Cartoon Network. In his first television movie scheduled for this fall, Steven thinks his time defending the Earth is over, but when a new threat comes to Beach City, Steven faces his biggest challenge yet.

The critically acclaimed TV series Steven Universe won its first Peabody and GLAAD award earlier this year. Sugar will be a key speaker at Animation Exposé and will introduce a special screening of the TV movie the day before.

Filmmaker Matthew A. Cherry will be speaking about his passion project Hair Love, a short film about an African-American father attempting to do his daughter’s hair for the first time. Cherry, who was an executive producer for BlacKkKlansman, raised funds for the film with a record-breaking Kickstarter campaign, before collaborating with Sony Pictures Animation on the release of the short. Cherry is joined by fellow director Bruce Smith (creator, The Proud Family; animator, The Princess and the Frog) to discuss the making of the heartfelt short.

Canadian TV talent shares the spotlight, with True and the Rainbow Kingdom from Guru Studio, a Netflix original which was executive produced by Pharrell Williams. Brandon James Scott (creative Director) and the team of art directors and designers at Guru Studio will present an in-depth exploration of how they brought the aesthetic and spirit of art collective FriendsWithYou’s colourful and immersive artwork to the screen.

Warner Bros. Animation presents the next chapter in the iconic story of the Looney Tunes with Looney Tunes Cartoons – a series of new short form cartoons starring Bugs Bunny, Daffy Duck, Porky Pig and the many other beloved Looney Tunes characters. Executive producer and director Pete Browngardt (creator, Uncle Grandpa) presents a behind-the-scenes look inside the production process of one of the studio’s most ambitious Looney Tunes projects to date.

Both True and the Rainbow Kingdom and Looney Tunes Cartoons can be caught on the big screen as part of the OIAF Official Competition.

The day kicks off with an all-star recruiter panel and features key Career Tidbits by the team at Walt Disney Animation Studios at the beginning of each talk. Participants can also channel their inspiration into getting their dream jobs at the Exposé Fair, where over 20 companies and schools will be looking for new talent and eagerly waiting to connect.