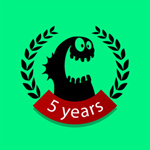 Animation Dingle and JAM Media are preparing to welcome high-profile international media companies to the Irish coastal town for the fifth edition of the industry event. Offering conference sessions, screenings and awards presentation, Animation Dingle will take place March 24-25 at The Skelligs Hotel.

Another highlight of the event will be an Animation Alley at the hotel, including recruitment stands with three of Ireland’s biggest toon players: JAM Media, Brown Bag Films and Bould Media. Screenings will include three gems of French animated features at the Phoenix Cinema — The Red Turtle, My Life as a Courgette and The Girl without Hands — as well as British movie Ethel and Ernest, and an extensive short film program.

To encourage Ireland’s young talent, Animation Dingle will present the second Irish Student Animation Awards, which will be judged by local professionals from Brown Bag, Boulder Media, Cartoon Saloon, JAM Media and Sixteen South. Winners will receive high-end Toon Boom software — licenses for Final Draft have been provided for the writing category, and all award winners will receive a custom leather-bound sketchbook from Holden Leather Goods.

Finally, the event will close with the second Irish Animation Awards ceremony, celebrating the exceptional talent in the nation’s animation, VFX and gaming industries. The awards are sponsored by RTÉjr, the Irish Film Board and Philip Lee, and feature 14 categories, including the prestigious Jimmy Murakami Award for lifetime achievement in animation.

Animation Dingle is held each March, running for two days in concert with the Dingle International Film Festival.