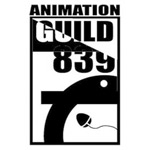 Contract talks between Hollywood union animators and producers have broken down after three days, Variety reports. The current deal expires on July 31.

The Animation Guild, which reps about 2,000 animators through Local 839 of the Intl. Alliance of Theatrical Stage Employees, did not disclose when the negotiations for a new three-year deal will resume.

Steven Hulett, business representative for the local, wrote in his blog post, “This morning we broke off the negotiations, as we are far apart with the producers and there didn’t appear to be any simple way to bridge the yawning chasm.”

IATSE and the AMPTP agreed last week to a new three-year master contract that will, if ratified, cover more than 20,000 members of 15 other West Coast locals.

IATSE president Matthew Loeb noted that the new West Coast deal resolves the problem of an anticipated funding shortfall of over $400 million in the union’s pension and health plans via a $1 per hour increase to the health plan contribution by employers, up 20% over the current rate of $5 per hour. IATSE agreed to the first-ever premiums for health plan coverage, which will be $25 per month for participants with one dependent and $50 for those with two or more dependents.

Meanwhile, over at Sony Pictures ImageWorks, visual effects artists are meeting up with reps from the Animation Guild (Steve Kaplan) and IATSE (Vanessa Holtgrew and Peter Marley) on Friday from noon to 3 PM to discuss working conditions, 401 K plans, portable healthcare and vacation and sick days. The Sony campus in Culver City, center of the company’s visual effects division, has 38 Animation Guild unionized artists in the Sony Pictures Animation Unit.

The Animation Guild’s Kaplan told Deadline.com that Friday’s meeting has been opened up not just to visual effects artists at Imageworks but others in the industry as well.