Hollywood’s most prestigious awards finally took place Sunday night, as the 88th Annual Academy Awards welcomed the glitterati back once more to celebrate outstanding achievement in filmcraft over the past year. And the animation industry watched with bated breath to see who would take home the statuettes in the Best Animated Feature and Best Animated Short Film categories, which were both very interesting, diverse contests.

Disney-Pixar’s Inside Out won the Feature prize, and in a year plagued yet again by controversy over lack of diversity in the Oscars, the filmmakers touched a bit on this issue in their backstage interview when asked about Filipino co-director Ronnie Del Carmen’s contributions — though he was not present at the time.

“…You look at all the nominees tonight in animation, a lot of talk about diversity, you see in this category films from around the world, from Japan and from Latin America and from good old California, and we are proud to be among that group. I think animation leans that way,” said director Pete Docter.” Ronnie is a great artist that represents that. We create stories, stories come from everywhere, and so someone like Ronnie really brings that to Pixar. We are proud of him, and he is definitely sharing this with us.”

Producer Jonas Rivera also spoke briefly about his Mexican-American heritage — as well as the long writing process behind the film (“It is a torturous path [referring to the question] in that it was a big hunk of life, and obviously the writer, you could speak to that, but we love our process and our team so much that in a weird way this is sort of a heartbreaker because it’s over,”) and his favorite reaction to the film:

“I’m a huge fan of NWA and Ice Cube, and we were lucky enough, this is so name droppy, but here we are, we were lucky enough to sit next to them, the Straight Outta Compton table at one of these things and I got to meet Ice Cube, and I introduced myself as a producer of Inside Out not knowing what I’d get, and he said, Oh, man, that movie’s dope. And I got to be honest with you, that was a pretty good moment for me.”

— the win marked an important milestone as the first Oscar for a film from Chile (“It’s the first Oscar for our country, so we just want to say #OscarSoChilean,” Osorio quipped). The filmmakers talked about the importance of greater audience access to international productions like through the Shorts HD theatrical program.

“It’s really an amazing opportunity to get this message through, this message about the importance of family, about the importance of the family must be together and cannot be separated for any reason, for political reasons or whatever other reason,” said Escala. “So for us it’s really great. It’s certainly an incredible opportunity.” He added that they hope that their film helps communicate this message to the next generation to prevent future suffering due to political turmoil. “That’s really our hopes as animators, as communicators and as filmmakers.” 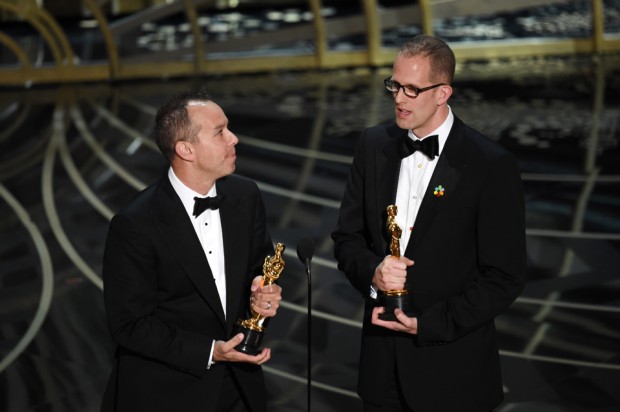 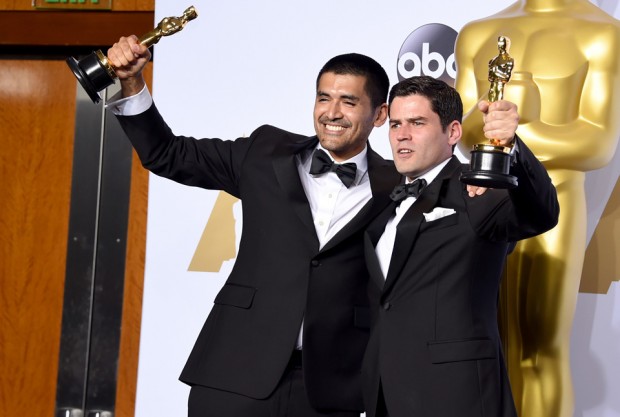