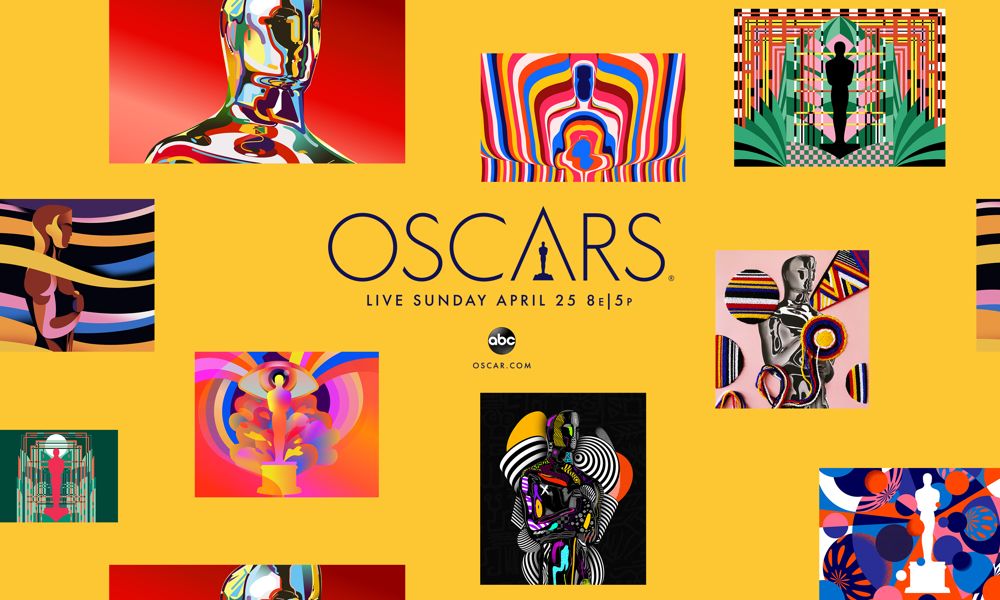 “Thank you to the Academy for honoring our film. We share this nomination with the entire cast and the crew at Pixar who were essential in bringing the magic and wonder of Ian and Barley’s journey to life. Onward was a very personal story, exploring the idea of what one would do if they had more time with a loved one they’d lost. It’s incredibly meaningful to see how this has resonated with audiences, and we couldn’t be more thankful to the Academy for their recognition.” — Dan Scanlon, Director, and Kori Rae, Producer. 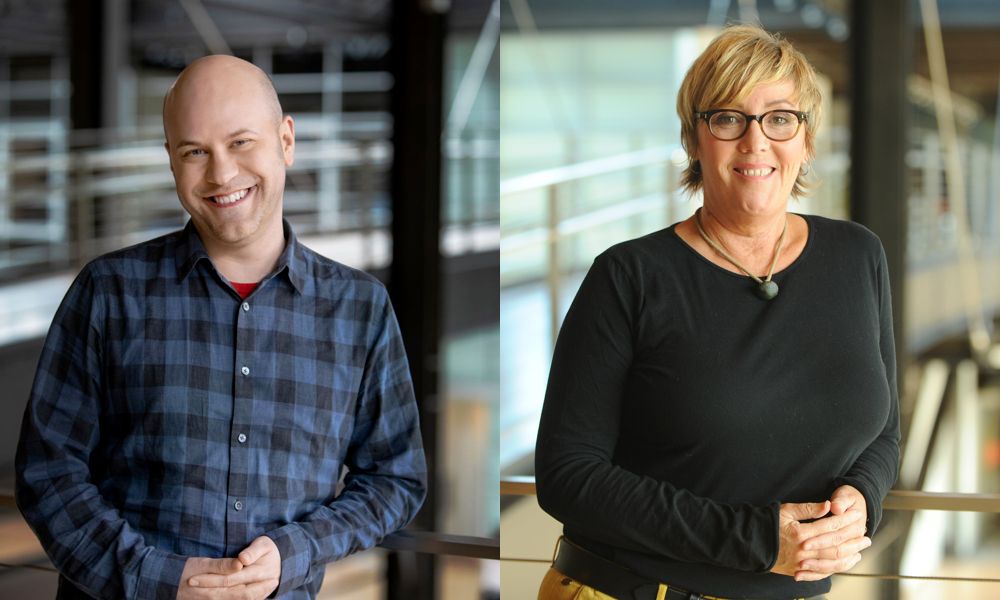 Over the Moon (Best Animated Feature)

“What a dream come true for Over the Moon to be recognized by the Academy today! We share this incredible honor with our entire cast and crew, who came together during this highly unusual time, to create something truly beautiful. We are so grateful to have had the opportunity to share Fei Fei’s extraordinary journey of love, loss and healing with the world. We are also forever indebted to our screenwriter and friend, the late Audrey Wells, for entrusting us with this most precious love letter to her daughter. We hope our film moves and inspires those who may be trying to find their own way, and helps to make our world feel a little smaller and more connected. On behalf of the entire Over the Moon family, a huge thank you to the Academy of Motion Picture Arts and Sciences for this recognition!” — Glen Keane, Director; Peilin Chou and Gennie Rim, Producers. 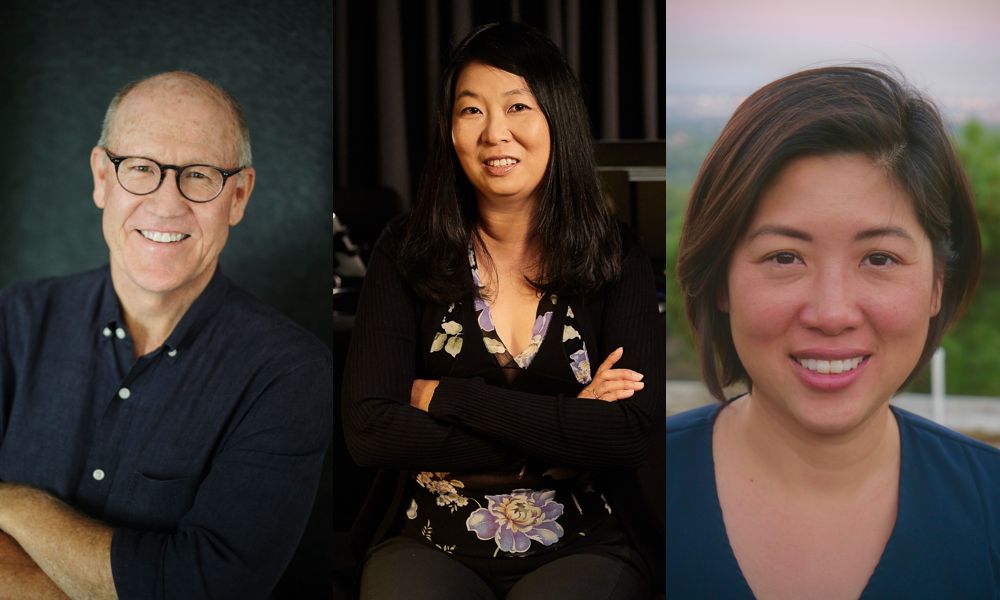 “Shaun the Sheep nominated for an Oscar!? A collection of inaudible sounds followed by silence… And that’s just our reaction to the news!

We’re absolutely thrilled to receive an Oscar nomination! This is an incredible experience and a reflection of the amazing hard work and talent of everyone who worked on the film. The message of making new friends, learning from each other and always remaining positive in spite of difficult circumstances is something that we think a lot of people have connected to. On behalf of our silent movie star, Shaun the Sheep, and all of us at Aardman, we’d like to extend our heartfelt thanks to the Academy.” — Will Becher and Richard Phelan, Directors. 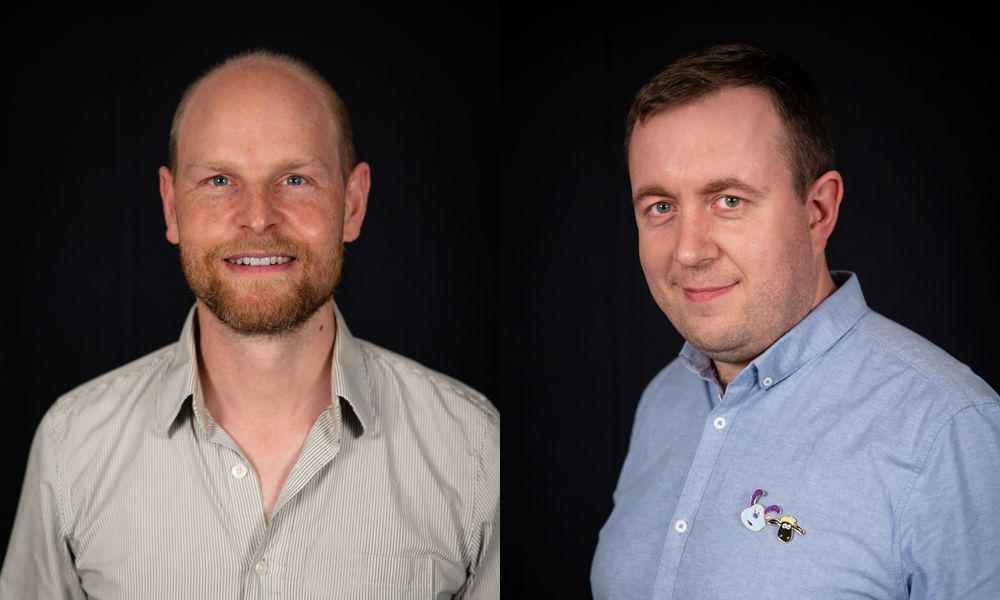 Will Becher and Richard Phelan

“Thank you to the Academy for this incredible honor, we are truly humbled. Soul represents several years of research, intense work, self-doubt and also a good deal of fun. Our journey on the film was similar to that of Joe Gardner’s — well, except the part where he falls down a manhole. As we struggled with story clarity and tried out who-knows-how-many different endings, we began to realize how important it was to savor what may have felt like minor moments along the way: the satisfaction of jotting down a preliminary sketch on a scrap of paper; hearing the first chords from the earliest music demos; laughing with the crew. Though we might not have known it at the time, moments like these helped inspire us and fed back into the film in innumerable ways. Though we are living through challenging times, being recognized by the Academy gives us hope that the joy we found and put into our film was shared by audiences, and nothing could be more meaningful than that.” — Pete Docter and Kemp Powers, Directors; Dana Murray, Producer.

“We are astounded and incredibly grateful to be considered for the Academy Award for Best Original Score on behalf of Soul. This was a profoundly rewarding creative collaboration filled with so much love, light and lineage. The warm reception of the film continues to humble us. We will be celebrating this tremendous honor in anticipation of the ceremony to come.” –Trent Reznor, Atticus Ross and Jon Batiste. 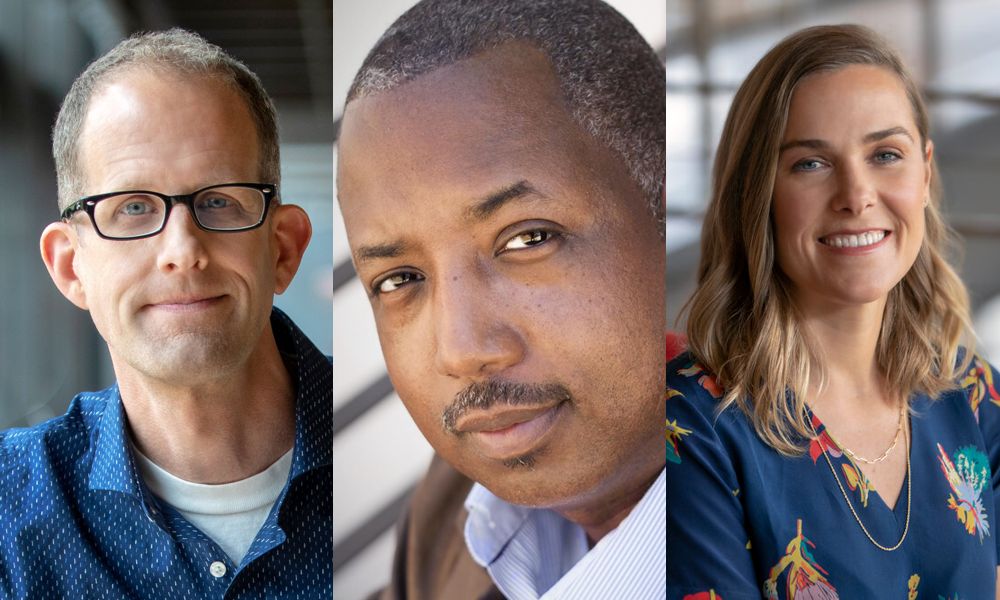 “On behalf of our whole amazing talented wolfpack in Kilkenny, Paris, Luxembourg and beyond, we are hugely grateful and happy to be nominated for this year’s Oscars. What an honor for us all and a huge thanks to our friends in Apple, GKids, and all our financing and distribution partners worldwide who allowed us to make this film and bring it to the world. Our film is a love letter to hand drawn animation and its timeless potential, to nature and our shared biosphere and to our home here in Ireland, its history and culture, its folklore and its people.” — Tomm Moore and Ross Stewart, Directors. 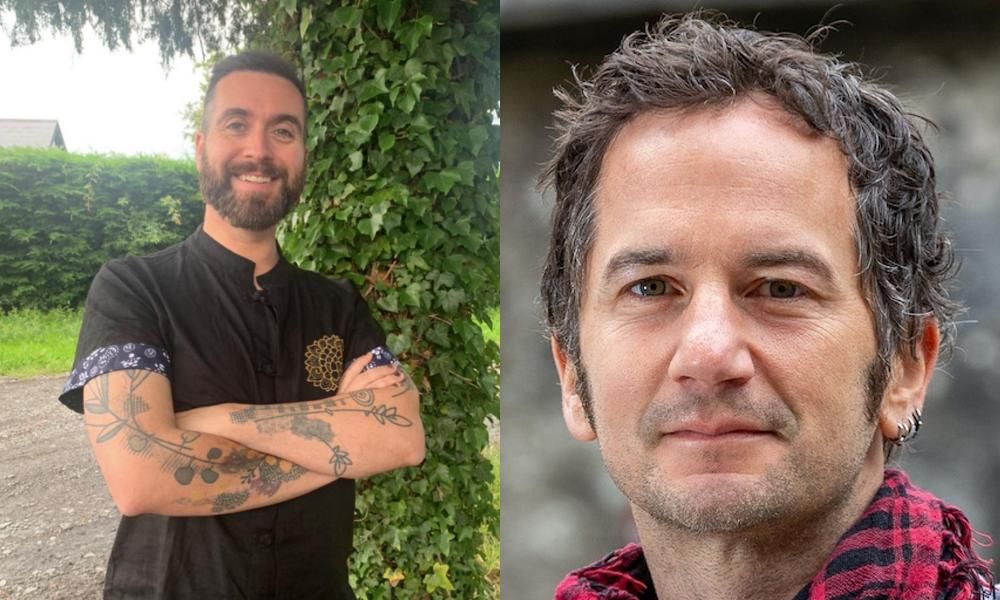 “Wow! We are incredibly honored to receive this nomination and be celebrated alongside such an inspiring collection of shorts – it means the world to us and the entire Burrow crew. Burrow is a short that encourages people not be afraid to open themselves up to others — and to be recognized in a year when maybe a lot of people have been feeling isolated, really means the world to us. A sincere thank you to the Academy for this recognition.” — Madeline Sharafian, Director, and Michael Capbarat, Producer. 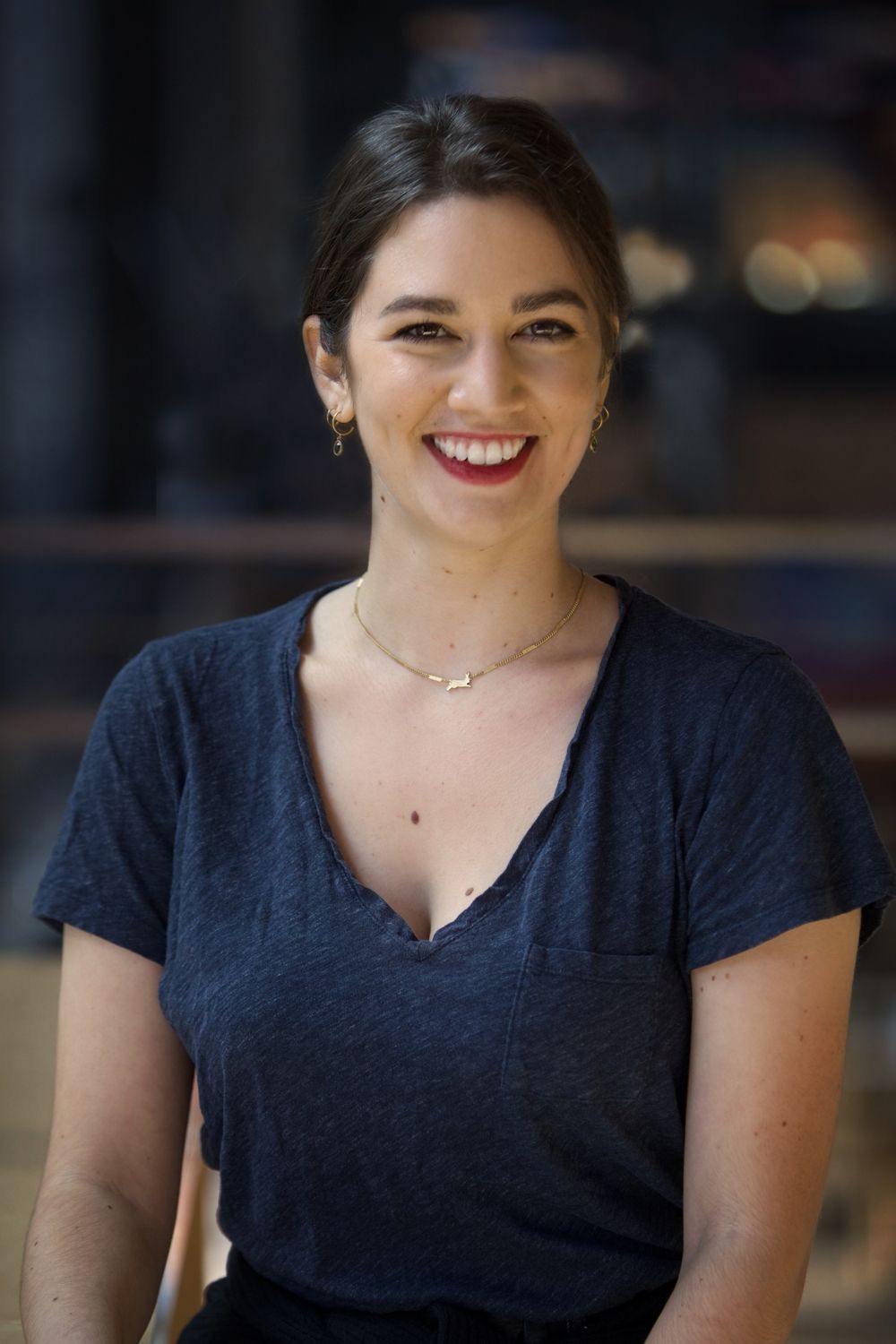 “Amazing! Feeling so grateful to the Academy! I wanted to make an experimental film about chaos, and so it was as fascinating as it was challenging to make, using different styles and aesthetics thanks to the freedom given by drawn animation. It meant a lot to me, but I never thought it would fit prestigious festival selections such as the Oscars. I feel so proud and feeling so grateful for our amazing team of filmmakers, animators and friends who lend their talent and dedication to the film, for producer Amaury Ovise who was there for the film at every step, and for my brother and my parents who composed and recorded the music. It was such an incredible journey, and I’m delighted to celebrate it today. I hope there’s a way to attend the Oscars in person this year depending on the COVID situation, but in the meantime I can’t wait to gather everyone in my team and celebrate what we’ve done together.” — Adrien Merigeau, Director.

If Anything Happens I Love You (Best Animated Short)

“We are truly honored to be nominated alongside this group of inspiring shorts. Our film was made around a kitchen table with a small group of amazing artists and we never imagined that we would be here. This film was a passion project and a deep meditation on grief. We see ourselves in the loss, we see ourselves in the grief and we see ourselves in the way forward. We are humbled that so many people opened their hearts to the film. A heartfelt thank you to the Academy. If Anything Happens I Love You was created for the ones lost, and the ones left behind.” — Will McCormack and Michael Govier, Writer/Directors; Maryann Garger, Producer. 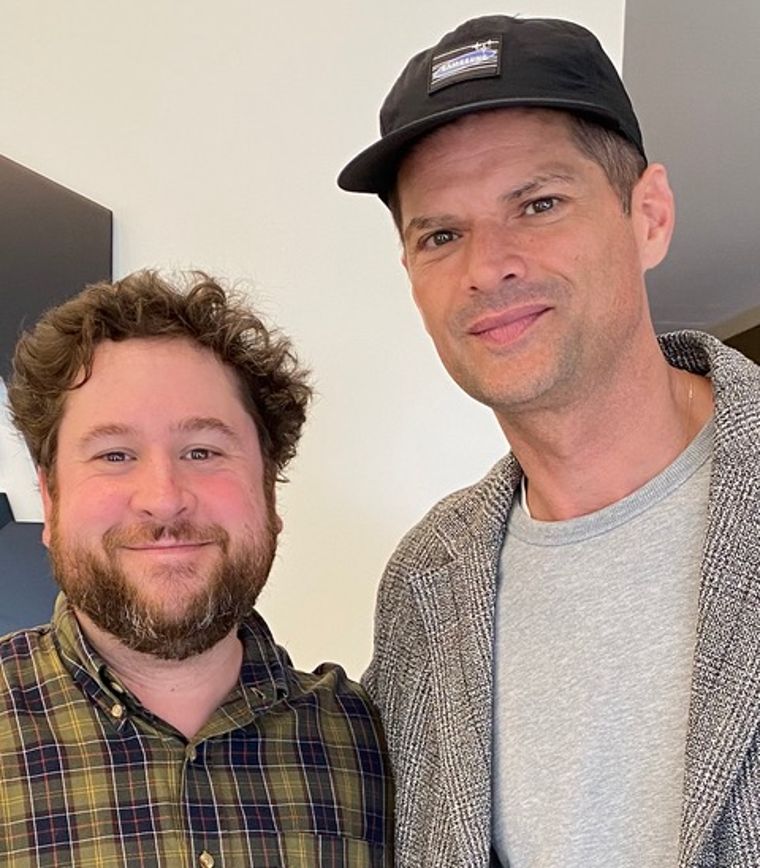 Will McCormack and Michael Govier

“It is such an incredible honor to have Opera nominated for an Oscar! I hope this recognition will bring a very positive impact on all the creators and audiences out there because Opera presents a different way to view and enjoy the medium of animation. I’m deeply grateful that the Academy believed in my vision for this film, and a huge thank you to every artist and friend who were a part of this project. Animation is a team effort and none of this would have been possible without your talent, love and support. To me, Opera carries an important message about our society and history. I hope this nomination helps Opera reach a broader audience so we can start the conversation to make our lives and ourselves better.” — Erick Oh, Director. 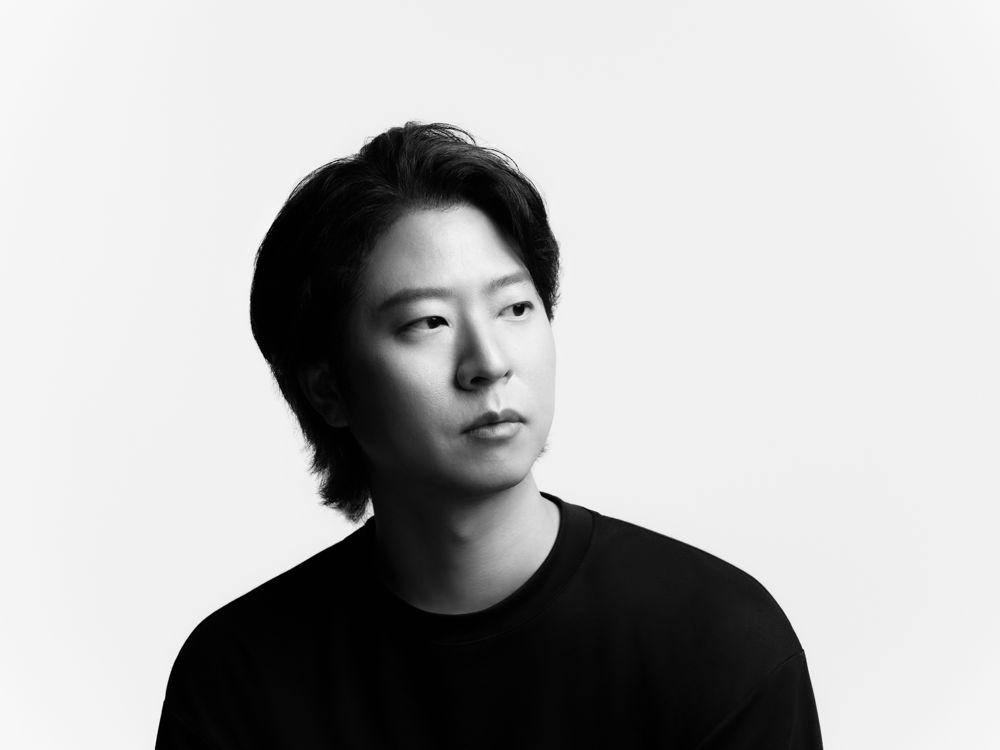