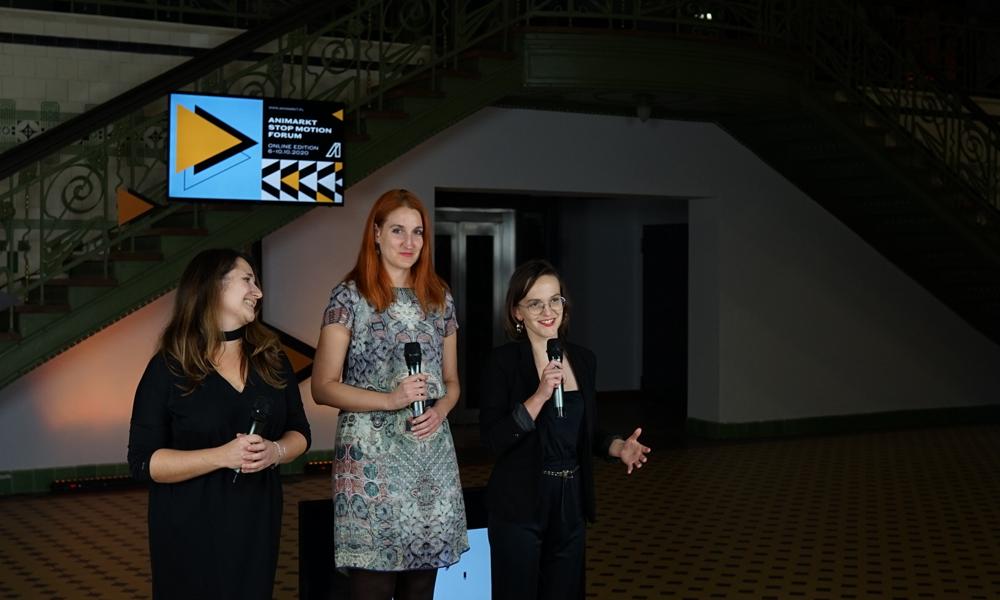 The 2020 online edition of Poland’s ANIMARKT Stop Motion Forum drew to a close Saturday, with the announcement of this year’s ANIMARKT Pitching winners. The novel virtual event gathered over half a thousand participants from 34 countries and facilitated more than 260 meetings for potential partners. Fifteen projects in the first stages of scripting and visual concept took part in the Pitching competition.

“I was very impressed with the variety of themes and the dynamic poetics of the final projects,” says jury member Markéta Šantrochová, who also emphasized that the online event was organized not only professionally, but also with a great understanding of the participants’ needs. 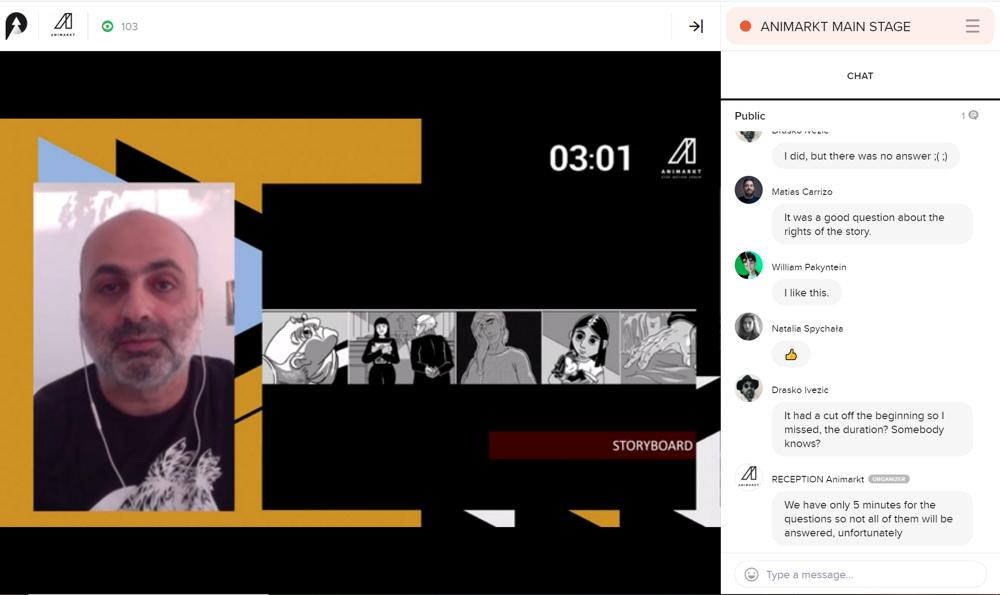 Out of these impressive presentations, eight films received awards. The Day Vladimir Died was the biggest winner with four awards: a voucher worth PLN 40,000 to be used at CeTA Studio in Wrocław, purchase of a license by Ale kino +, RADIATOR IP SALES distribution award and expert consultation with Marcin Zalewski. This project, directed by Fadi Syriani, tells the story of an inhabitant of Beirut, a regular at funerals looking for his own obituary. 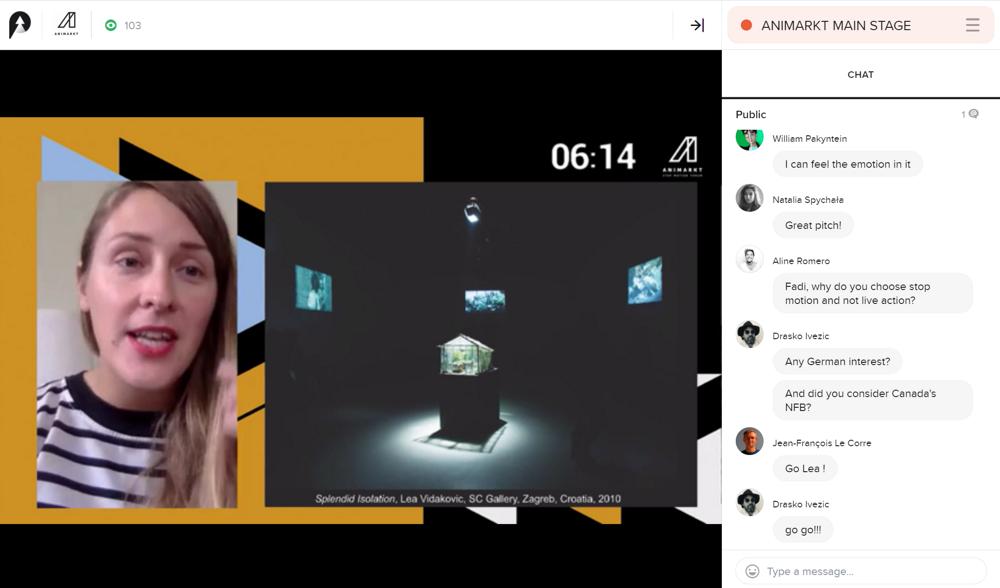 The jury also appreciated the minimalist but perfectly elegant aesthetics and the captivating rhythm of The Family Portrait, directed by Lea Vidakovic. The project was awarded a CeTA Studio voucher worth PLN 60,000. A two-week residency at the Quirino Cristiani Animation Center in Cordoba, Argentina, an award funded by APALAB, was received by the project Skin, directed by Gabriel Nunes do Carmo.

The prize sponsored by Dragonframe was given to the project Carcassonne-Acapulco directed by Marjorie Caup and Olivier Heraud, and industry accreditation for the MIFA 2021 fair in Annecy, went to the project Fia directed by Luciana Martinez and Iván Stur. The CEE Animation Forum accreditation was awarded to the creators of Labra Cadabra, Klaipeda Jazz. The second Ale Kino + award in the form of a license purchase went to the creator of Sweater, Kinga Górak. 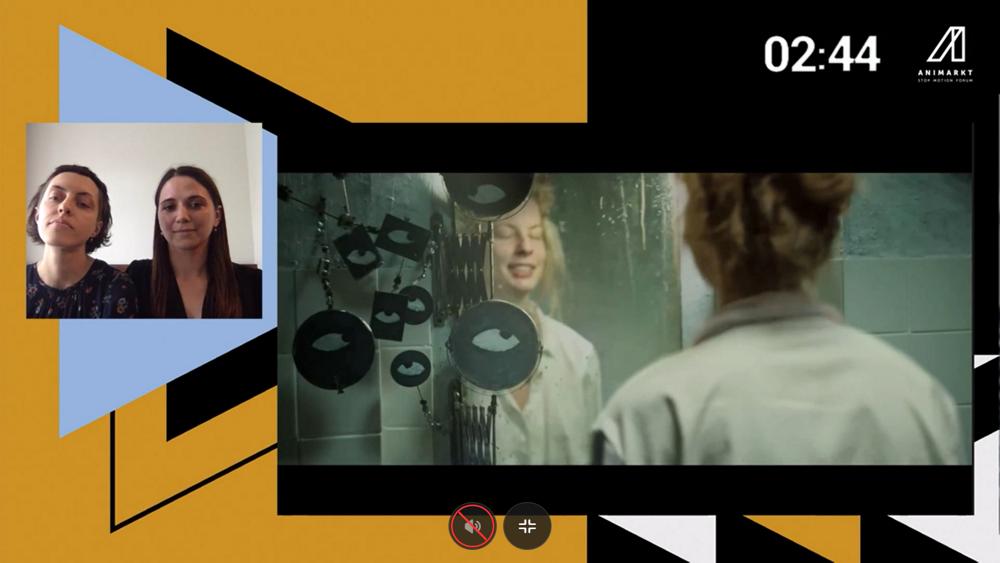 A Special Distinction in the form of accreditation for next year’s ANIMARKT in recognition of the touching and thrilling story and outstanding artistic quality was granted to the project Electra. A Poem by Daria Kashcheeva — a new concept from the creator of Oscar-nominated short Daughter.

The awards gala ended this year’s fifth jubilee edition of ANIMARKT Stop Motion Forum. It included nearly 40 events that were broadcasted on a virtual platform all over the world. The online formula of the event made it possible to gather in one place representatives of the stop motion industry from Europe, Latin America, the United States to India.

“It would definitely not be possible to meet in such a large group with participants from such distant countries, especially in the conditions of a pandemic,” asserts Agnieszka Kowalewska-Skowron from MOMAKIN, the event organizer. She notes that the biggest challenge of the online edition was the organization of workshops, which was complex for reasons such as the participation of people from different time zones, among others.

“Nevertheless, the online formula was also proved to be successful,” says Paulina Zacharek. “Our greatest concerns about whether the forum will retain its character and continue to be a place where the entire stop motion industry gathers and exchanges opinions were groundless. It turned out that this community actually functions online, truly experiences this event, actively participates and comment. You could feel this energy exchange during chats and conversations.”

MOMAKIN connects the world of animated film makers with the international production, distribution and promotion market. It specializes in stop-motion projects, supporting animations at each stage of their creation: from planning and financing all the way to distribution. It runs a talent agency and initiates and carries out film projects in Poland and abroad.