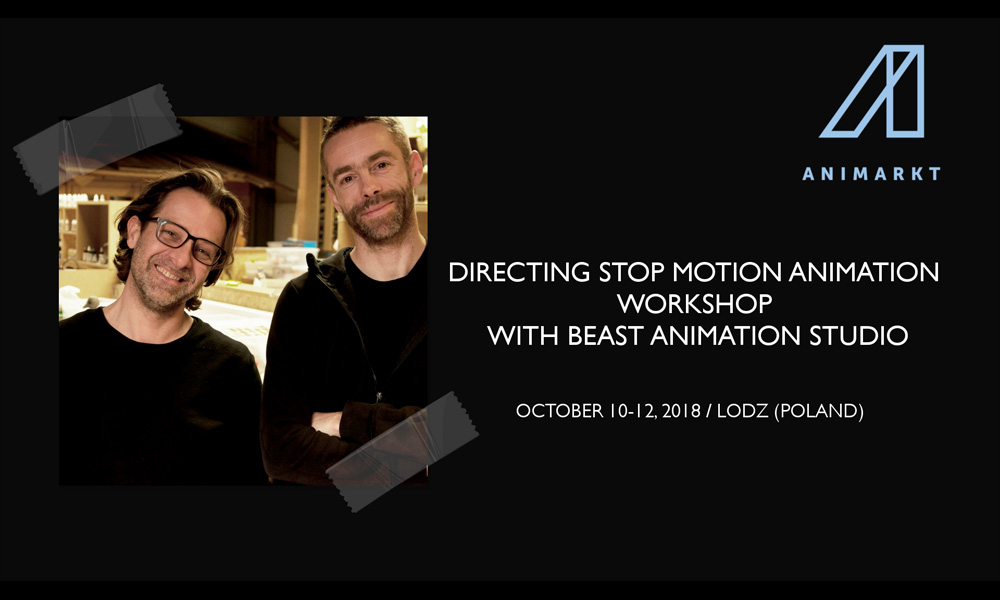 The 2018 ANIMARKT Stop Motion Forum — taking place in Lodz, Poland from October 8-13 — have announced the slate of experienced masters of the medium who will be holding free workshops as part of the ANIMARKT Masters program: Belgian studio Beast Animation, writer and story editor Carlos Bleycher, and animator Tim Allen.

Directing Stop-Motion Animation with Beast Animation (Oct. 10-12):
The Beast Animation team will take participants on an exciting journey through all aspects of the directing process. Ben Tesseur and Steven De Beul will give an insight into how they work, and on the basis of an assignment the participants will learn what they should pay attention to in every part of a “realistic” production process.

Ben and Steven graduated from the same film school and worked as directors of animation, animators and 1st AD on several international productions before establishing Beast Animation where, since 2004, they’ve been directing, animating and producing short and long animated films, series and commercials for cinema, TV and web.

Character Development and Storytelling with Carlos Bleycher (Oct. 8-10):
Many creators ask themselves such questions like: Are my characters strong enough? Why am I having trouble fleshing out their personalities? Are my characters driving the story or is the story itself doing it? Participants of this workshop will try to find answers to those questions. They will see, with theoretical and practical examples, how they can develop characters that fit organically into their stories and give the key points to structure their episodes, from the springboard to the actual script.

Carlos is a scriptwriter, content consultant and story editor specialized in animation and children’s content. His credits include head of story & script on Paper Port (52×11’, broadcasted in over 9 countries), Horatio & The Plasticines (52×7’, Netflix) and The Papernauts (3×5’, Discovery Kids). He has also written original content for animated series broadcasted by major networks such as Disney XD, Cartoon Network LatAm and Discovery Kids, and is creator of 2013 MIFA Pitch winning series Cagemates.

His teaching experience includes “Narrative for Children & Youngsters” and “Writing for TV” at Universidad UNIACC in Santiago de Chile (2010 to 2013), “Animation Scriptwriting Workshop” at ICAIC in La Habana, Cuba (2015) in collaboration with Gabriel Osorio (director, Bear Story), “Character Development for Animated Series” at Claves Alharaca 2018 in Bogota, Colombia; and Content Consultant for Bridging the Gap Animation Lab ’18 in Tenerife, Spain.

Character Animation with Tim Allen (Oct. 8-10):
The three-day workshop will be at least 21 hours of hard work supervised by the stop-motion animation master, who will select an individual series of exercises on puppet animation for every participant according to his/her skills and needs. There will be only six participants selected for the workshop, recruited based on submitted films of their puppet animations.

Tim is a stop-motion animator with over 18 years of experience. He has worked on the sets of such film as Corpse Bride by Tim Burton, Fantastic Mr. Fox by Wes Anderson, Peter and the Wolf by Suzie Templeton (which won the Academy Award in 2008), and the latest Wes Anderson feature Isle of Dogs. Apply here.

ANIMARKT, the first CEE event dedicated to stop-motion/puppet animation, aims to create a platform of sharing experience and good practice between international professionals, with Talks (case study presentations), Masters (workshops), meeting opportunities and the Pitching event (for projects in development). The event is organized by MOMAKIN (www.momakin.pl) as part of its efforts to promote animation and support creators in Poland and abroad. 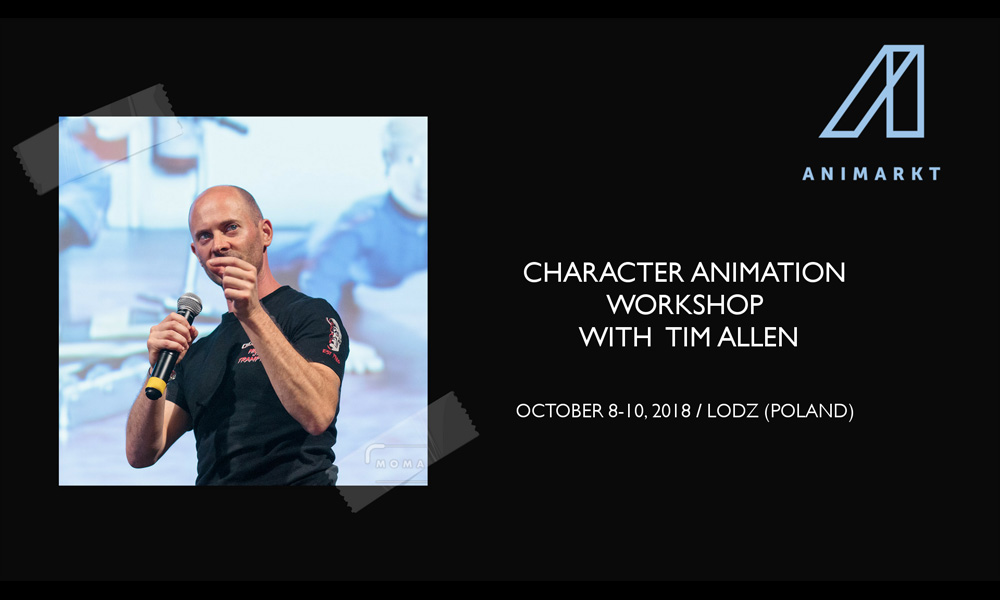 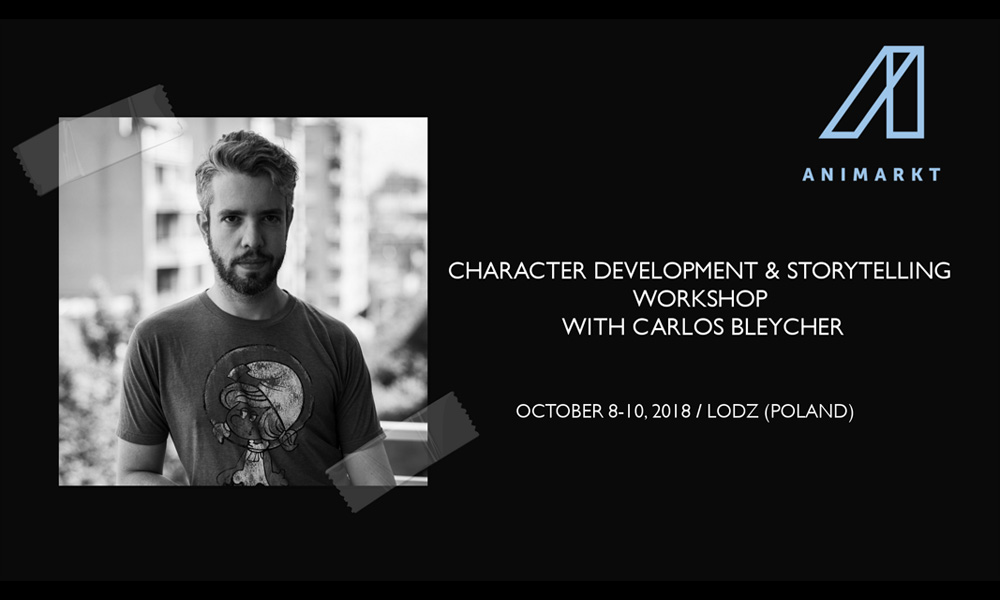 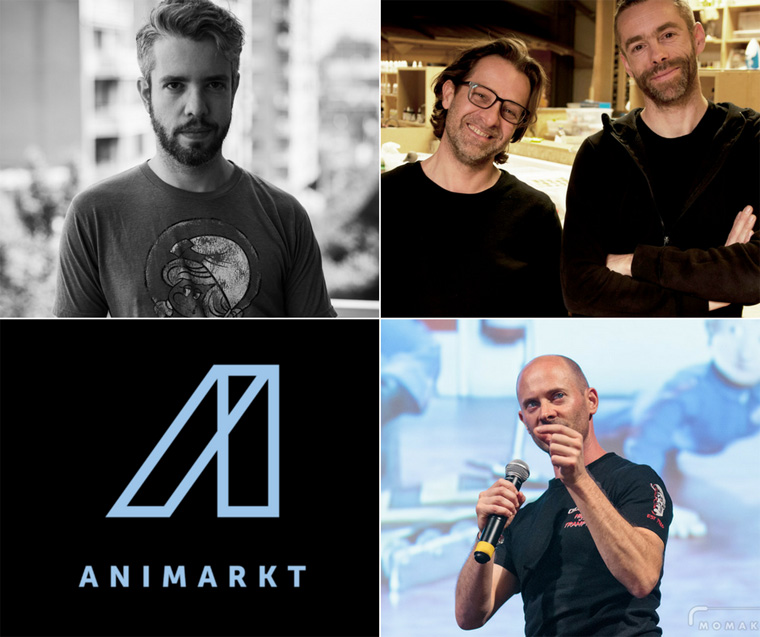