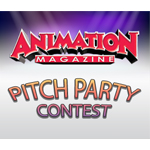 Although behavioral scientists believe that it only takes a few seconds for someone to determine whether they like a concept, an image or even a person, we hope it takes animation executives a little longer to figure out whether a pitch is going to work or not. Nevertheless, they all agree that the right image, paired with a clever, original idea presented to the right person can be the beginning of a great new animated show.

Animag’s annual Pitch Party contest works as an extremely targeted ad campaign designed to help indie and up-and-coming artists hone their talents to present their pitches to an expert panel of industry execs and agents. The contestants who purchased a 1/6th page in this issue (which has a bonus distribution at San Diego’s Comic-Con event) also have the chance to showcase their ideas to the animation community at large.

We are very pleased to announce that this year’s First Place winner is Nath Milburn, who received the highest score from our panel with his pitch for a show called Sheriff Banks’ Ghost Town. As part of his prize package, Nath will be reimbursed his entry fee and get to pitch to his favorite judge directly.

We also had record turnout for our online voting! The winner of this part of the Pitch Party was Fat Girl Mystery Club by Cory Osterberg. Second place goes to The Taffetas by Yesenia Carrero and Tracy MacLauchlan, and third to The Chronicles of Anna and Lo by George Moss.

We would like to thank every one of our amazing 2011 Pitch Party contestants. Many of our previous editions’ contestants have had success with their toon ideas (you can visit www.animationmagazine.net to read up on some of their inspiring stories). As one of our industry experts noted on their response form, “It’s all about polishing your ideas and presenting it to the right network or entertainment outlet. Never underestimate a good idea that can capture the imagination and make people laugh.” 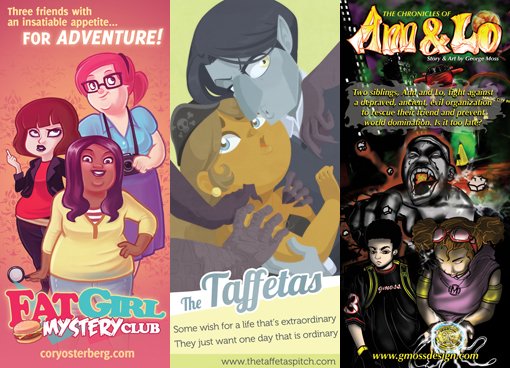 Congratulations to all our winners and to everyone who entered the 10th annual Pitch Party contest! We’ll see you again next year!

McManus to Run Canada’s NFB Animation Studio
Trailer for Miyazaki’s ‘Kokuriko-Zaka’ Is Up!