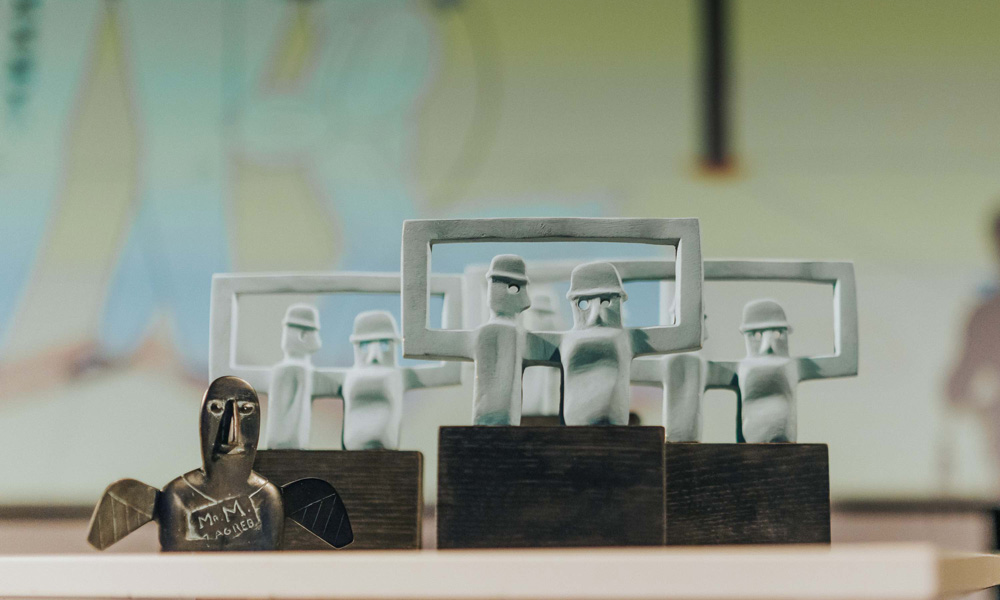 The 31st World Festival of Animated Film – Animafest Zagreb 2021 concluded Sunday night with the awards ceremony at the SC Cinema, after more than 350 films screened and numerous accompanying events over the six-day festival.

The jury of the Grand Competition Short Film, consisting of Nadja Andrasev, Michael Frei, Shoko Hara, Draško Ivezić and Sasha Svirsky, awarded the Grand Prix to the Taiwanese film Night Bus, directed by Joe Hsieh. The jury described the film as a miraculous journey that captures all the protagonists and the audience, stating: “Some of the jury members would die for this film. So that everyone remains unharmed, we award it the Grand Prix.” 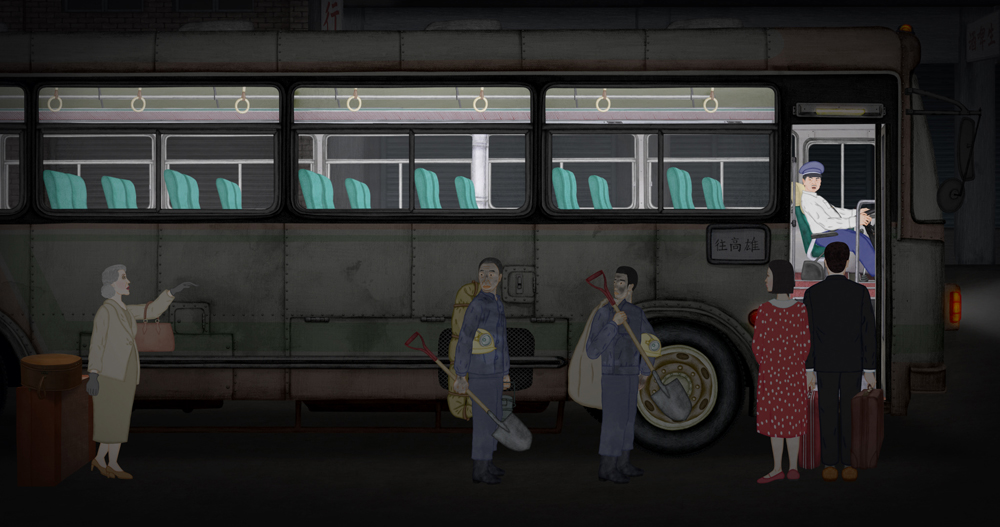 The same jury presented the Golden Zagreb Award for Creativity and Innovative Artistic Achievement to Ismaël Joffroy Chandoutis for Maalbeek (France; Films Grand Huit), “a journey through particles reconstructed with archaeological precision, which does not give comfort to the stratified identity of the main character affected by fear.”

The Zlatko Grgić Award for the best first film made outside an educational institution went to Mahboobeh Kalaee’s The Fourth Wall, an Iranian film produced by the Documentary and Experimental Film Center, for its “experimental animation technique that takes us to the mind of the protagonist who interprets family dynamics and social rules like a bird trapped in a windowless room,” according to the jury.

Jury members also decided to give individual special mentions: Frei recognized Nicolas Keppens’s Belgian-French-Dutch film Easter Eggs (produced by Animal Tank, Miyu and Ka-Ching Cartoons) for a carefully framed story of two boys who experience their worlds differently. “It is graphically seductive, accompanied by the most wonderful sounds, but with a milky taste that makes my stomach uncomfortable,” said Frei.

Andrasev was particularly impressed by Monachopsis by Liesbet van Loon (Belgium), produced by Fabrique Fantastique, for its portrayal of the fragile dynamics of emotional connection and the feeling of isolation of a seductive, restless visual style that puts the audience in a state of imbalance.

Hara presented her special award to Daniel Gray’s Hungarian-French-Canadian film Hide (La Cellule Productions, Cub Animation, The National Film Board of Canada). “The feeling of separation, longing, impossibility of action is told in a metaphorically dark world by strong surreal visual language. It is a sentimental personal journey to the end of innocence,” she explained.

Ivezić chose the Spanish film In My Chest of Fire There Is Still Place to Temple Your Dagger, by Pablo Nicolás Martínez Ballarín. “This bittersweet story of jealousy is a unique homage to the gag genre, created by a simple but memorable visual style and an economical mise-en-scène with bold timing,” Ivezić pointed out.

Finally, Svirsky gave his special recognition to the Danish-British film Orgiastic Hyper-plastic by Paul Bush (Late Love Production, Ancient Mariner Productions) for depicting love that doesn’t last forever, and when it disappears, it leaves a deep mark on the face of the Earth. 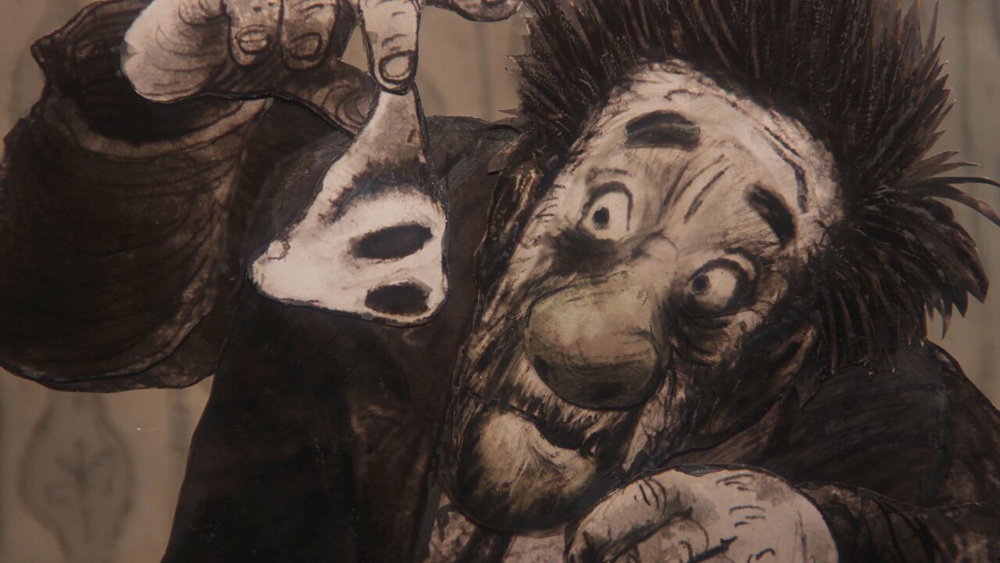 The Feature Film Competition jury consisting of Otto Alder, Hrvoje Štefotić and Karin Vandenrydt awarded the Grand Prix to the Russian film The Nose or the Conspiracy of Mavericks by Andrei Khrzhanovsky, produced by Studio SHAR – “a lavish and daring film with a political dimension, which managed to portray the extreme duality of Russian culture. With recognizable Russian motifs and a widely known absurdist narrative style, this film won us over. It is always important to remember the cruelty of the past and prevent its recurrence. With a strong message and excellent images and sound, this film is a rounded animated masterpiece.”

The same jury awarded its special mention to the Polish film Kill It and Leave This Town by Mariusz Wilczyński (produced by Bombonierka), “a touching film that evoked a melancholy world that immediately attracted us. The story is both very personal and general and shows us extremely creatively and inventively what sadness is, complemented by an incredibly poetic style of animation.”

The joint jury of the Student Film Competition and the Croatian Film Competition consisting of Denis Alenti, Paula Bristot and Petrit Gora, decided to award the Dušan Vukotić Award for the best student film to the Polish film I’m Here by Julia Orlik, made at the Polish School of Film, Television and Theatre in Łódź, which highlights the painful feeling of losing a loved one. The financial prize in the amount of 1,000 euros is awarded by Zagrebačka banka.

Special mentions of this jury went to the films Ant Hill by Marek Náprstek (Czech Republic; FAMU) for artistic 2D style and amazing character design and animation and Room with a Sea View by Leonid Shmelkov (Estonia; Estonian Academy of Arts) for a wonderfully unusual and witty depiction of unrequited love.

The Croatian Film Competition winner is Can You See Them? by Bruno Razum, produced by Zagreb Film, for its excellent character and set design, as well as the performance of stop-motion animation. He is also entitled to a financial award in the amount of 1000 euros awarded by the Croatian Film Directors Guild, while a special mention went to Lucija Mrzljak and Morten Tšinakov for The Stork, produced by Eesti Joonisfilm for its humor and rhythm of storytelling. 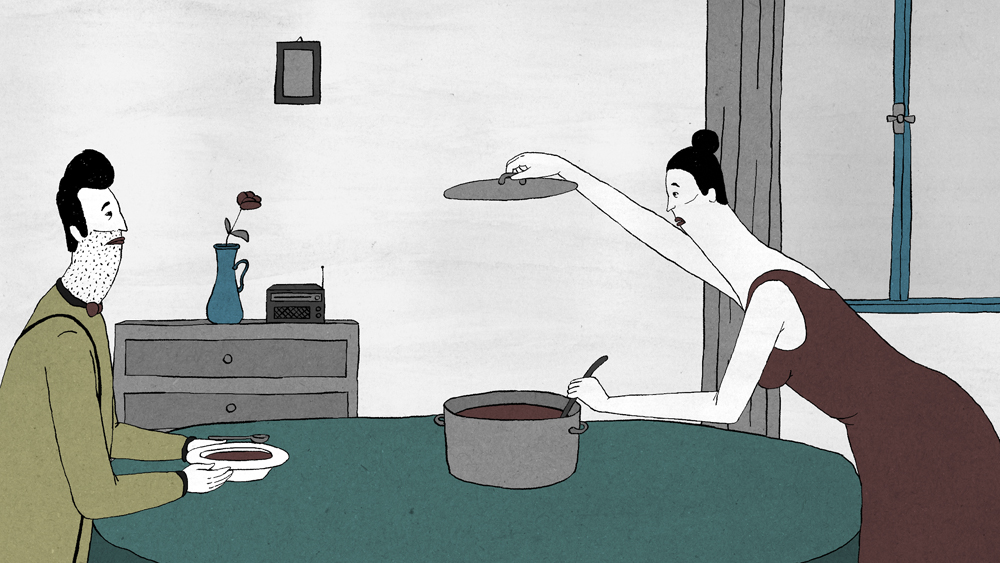 The winner of the VR Animation Competition was chosen by a jury consisting of Agnė Adomėnė, Mario Kalogjera and Stefan Stratil. The award was given to the Japanese work Otawamure by Yoriko Mizushiri (produced by Kodansha VR Lab, Ltd.) because “it was fun to socialize in this psychedelic world that captivates with clear aesthetics as well as subtle and extremely entertaining parts. The soft and dreamy style of animation is inspired by Japanese pop culture and a beautiful soundtrack. Otawamure is a film of subtle humor that relaxes the mind.”

The VR jury presented a special award to the Japanese-German-Indonesian project Replacements by Jonathan Hagard (Kampung Ayu, Ossa Film, Suwe Ora Jamu). The main characters in this film are the family home and the passage of time. “As your eyes fly over the details of clear works of art and notice all the interesting elements that make up the private lives of three generations, the uninterrupted urban and demographic change of their neighborhood brings the story of cultural and political change. This is a unique exploration of 360 technology as a democratic film device that allows the viewer to freely choose the focus and their own perspective on the topic,” the jury wrote.

The winners of the Children’s Film Competition were chosen by a jury consisting of Flora Bokić, Tara Gladović, Ana Gladović, Luka Križanac and Tia Županić. The jury awarded the main prize to the Spanish film Reflection by Juan Carlos Mostaza (The Cathedral Media Productions S.L.), “a film with a very important message, a theme that is very often present in the growing up of children and young people and to which we need to pay more attention. The consequences that the distorted reflection in the mirror leaves affect our inner world which is the most valuable thing we have. Dear audience, love yourself, your appearance and be proud of yourself and what you have,” said the jury.

Special jury recognition in the Children’s Film Competition went to the Danish film BusLine35A (produced by The Animation Workshop), “a film on difficult topics of harassment and insecurity of young people in everyday public space, society’s perspective on this problem and how involved or not involved we engage in resolving such situations. Maybe we should more often.” 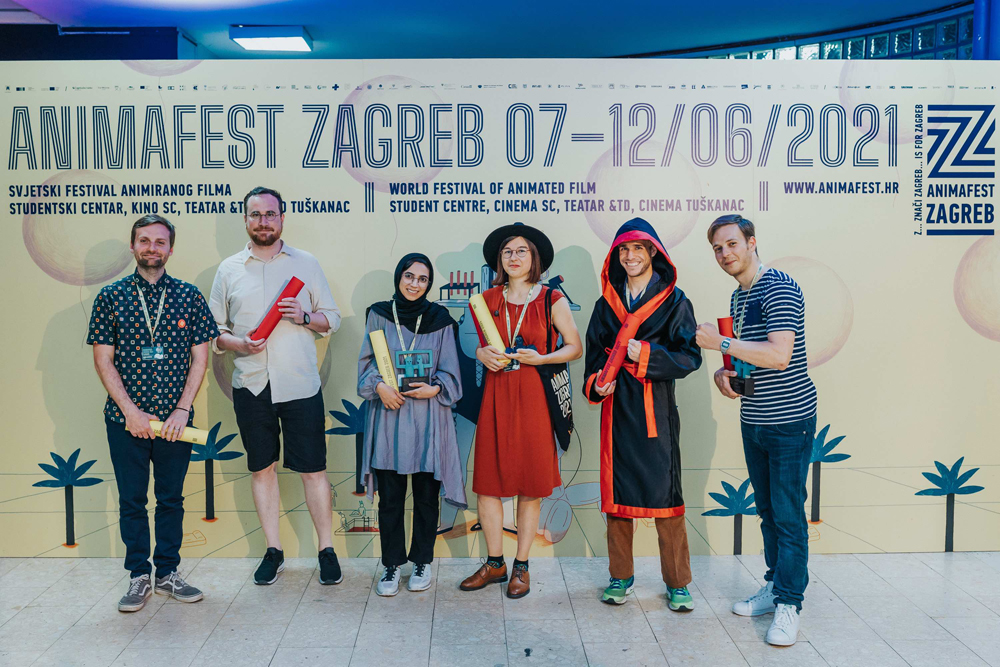