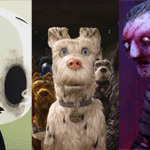 The World Festival of Animated Film, taking place in Zagreb June 4-9, has revealed highlights of its Animafest PRO program. This important section covers film production and distribution, the creation of new high-quality works, networking, as well animation history, theory and criticism. It is aimed at film industry professionals, both international and Croatian, but open to the interested public as well.

Robert Morgan (The Cat with Hands, The Separation, Bobby Yeah) is a British artist and claymation master inspired by Jan Svankmajer, Francis Bacon, David Lynch, the brothers Quay, and E.A. Poe. His remarkably gruesome body of work, which occupies a special place in contemporary animation, will be the subject of his lecture On Making Films and More (Friday, 8 June, 11:30) – an extension of the Animafest theme program. It will be an excellent complement to the Morgan’s Organs exhibition of sketches, drawings, and puppet parts from his works (5 June, ULUPUH Gallery).

Kim Keukeleire is a Belgian animator specialized in stop-motion animation, who has worked on such films as Wes Anderson’s Fantastic Mr. Fox and Isle of Dogs – a smash-hit featured in this year’s Grand Competition for Feature Film – as well as Tim Burton’s Frankenweenie, screening as part of Animafest 2018 Family Program, and Claude Baras’ beloved My Life as a Zucchini. At Animafest PRO, she will discuss animating characters in Isle of Dogs (Saturday, 9 June, 11:30).

The screenwriter and director of short and feature films about a character named Birdboy, created with Alberto Vázquez. As an author of truly unique worlds, Rivero will talk about specifics of screenwriting and storytelling in animated film (Saturday, 9 June, 14:00). He will also be available for individual consultation – those interested may apply by e-mail: info @ animafest.hr.

Vimeo Staff Pick, established in 2008, is a highly valuable award for young filmmakers from one of the most important online video channels. Vimeo curator Meghan Oretsky will offer an insider’s perspective on the process of curating the daily showcase and reveal the necessary ingredients for the film to stand out to the curating team (Saturday, 9 June, 13:00).

CEE Animation is an initiative for connecting animation professionals and developing animation projects from Eastern Europe, comprising an animation forum (pitching competition), workshops, and program for promotion and distribution of works by new talents. The initiative will be presented by producer Matija Šturm (Friday, 8 June, 13:00). As part of the same lecture, there will be a presentation of two CEE Animation projects – Crystal Raiders by Arsen Anton Ostojić and Unwanted by Kolja Saksida.

Bros. crafted from different materials (wood, clay, metals, textile) and puppets, relying on self-reflective humor with a nod to the classics of the genre, such as Space Quest.

Vokabulantis is an episodic game that merges puppet film with puzzle PC platformers, while tackling the theme of linguistic communication. This single player experience, in which the player must use two characters to solve puzzles, was inspired by point and click games by Amanita Design, as well as platform games in the vein of Little Big Planet and The Cave.

Nicolas Grivel, literary agent for comics and graphic novels, lecturer and animation scout focused on demanding graphic stories, will hold a practical lecture on building an online portfolio, visibility in animation industry, and managing a career in animation (Friday, 8 June, 10:30). Grivel will also be available for individual consultation – those interested may apply by e-mail: info @ animafest.hr.

Animafest Scanner V international symposium will take place on 5 and 6 June, with the aim of creating a synergy of theoretical and practical discourses, enabling the exchange of ideas among animation filmmakers and scholars. This year’s keynote speaker is the recipient of the Animafest 2018 Award for Outstanding Contribution

to Animation Studies, Paul Wells – one of the leading experts in the field of contemporary animation.

In his overviews, manuals and innovative analyses of the most intriguing phenomena, Wells has exhibited a wide-ranging and inspirational taste for good animation, a deep insight into the inner workings of the medium, a nuanced understanding of the art of animation, and a true talent for transferring knowledge. His numerous books, like Understanding Animation, Animation and America, The Animated Bestiary: Animals, Cartoons and Culture, Animation – Genre and Authorship and Scriptwriting, are widely admired by scholars, students, critics, and animation lovers alike.

Admission to all Animafest PRO events is free. 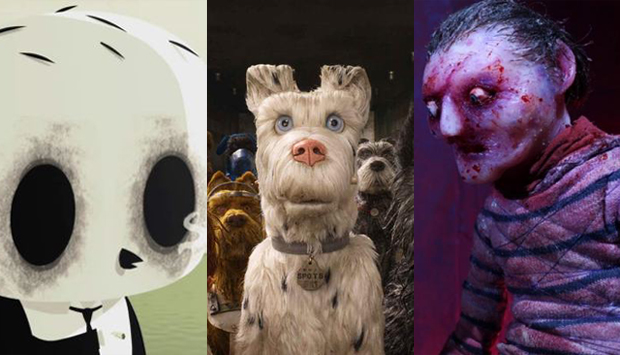 Birdboy, Isle of Dogs, and The ABCs of Death