The World Festival of Animated Film – Animafest Zagreb, Croatia’s Academy Awards-qualifying event, will kick off its 26th edition June 6-11, running over 300 films in the Europa and Tuskanac cinemas, Zagreb Dance Centre and in the open air at Ribnjak. This year’s essential theme is “tradition and/or revolution,” describing its two major programs: “The Oscars” and “Animanarchy – Animation in the Raw.”

Attendees will be able to take in series of Oscar-winning films and Croatian Oscar nominees. On the other side of the proverbial tracks will be examples of animation’s mid-century “punk” movement, introducing deliberate anti-excellence. This section will include Bob Godfrey’s DIY Cartoon Kit, Robert Breer’s A Man and His Dog out for Air and Terry Gilliam’s Story Time.

The festival opens Monday with eight short Grand Competition films and an official ceremony which will include the presentation of the 2016 Lifetime Achievement Award to Belgian animator Raoul Servais, one of the most important innovators and representatives of existentialist animation. Europa cinema will host a retrospective of Servais’ films followed by a Q&A on Tuesday.

Side events include an exhibition of student works from the Academy of Media Arts Cologne and a 10-hour animation performance, Pentagram, taking place June 10 in the Europa’s lobby, where five animators will create stop-motion animation live. 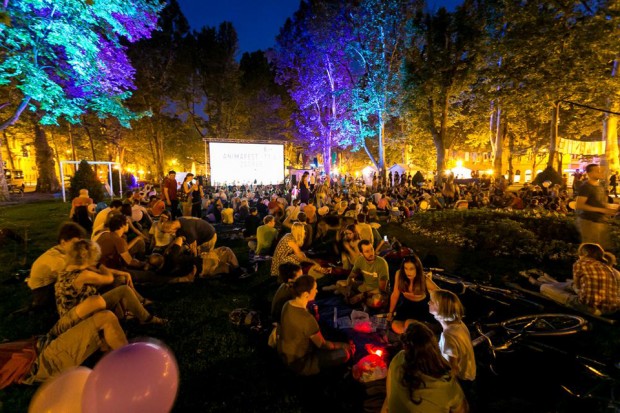