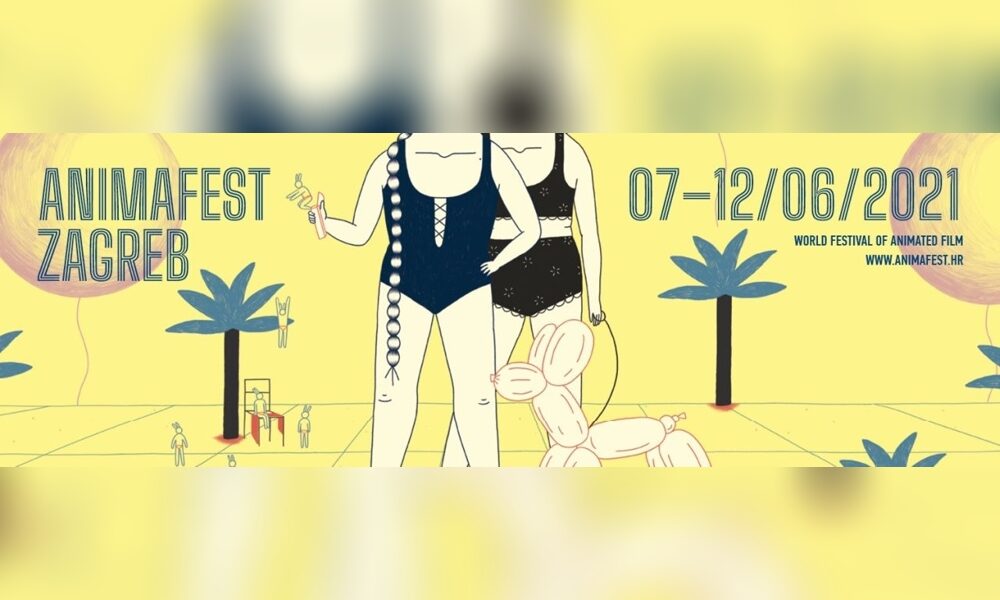 The 29th World Festival of Animated Film – Animafest Zagreb kicks off this week, running June 3-8 at the Tuškanac, Kinoteka and Kaptol Boutique Cinema theaters, as well as many other venues across the city. Presenting more than 400 titles from 45 countries, the 2019 festival will also spotlight a central theme program focusing on the connection between animation and visual arts, a celebration of the 50th anniversary of man’s landing on the Moon, retrospectives and panoramas dedicated to international and Croatian classics (Suzan Pitt, Nedeljko Dragić and other big names of the Zagreb School), Portuguese cinema, open-air screenings and Animacycle, virtual reality, exhibitions and workshops and an event for animation professionals (Animafest PRO), as well as a comprehensive program for children and adolescents.

The pre-launch press release was held at the Hungarian Balassi Institute in Zagreb on Friday, where jury members and guests of honor, Croatian films in international and national competitions and details of the open-air and cinema programs were presented by festival artistic director Daniel Šuljić, producers Matea Milić and Paola Orlić, Nikola Stojadinović, Advisor for Film at the City of Zagreb Department of Culture, and filmmakers selected for the Croatian and Student Competitions: Noemi Ribić, Stella Hartman, Martina Meštrović and Tanja Vujasinović. An early press event was held in April.

The Grand Competition – Feature Film jury are American producer and Emmy-winning animator Frank Gladstone (Disney, Warner Bros., DreamWorks), the executive producer of ASIFA-Hollywood and the Annie Awards; leading Russian critic and writer specializing in animation Dina Goder; and Dalibor Barić, one of the most successful and globally acclaimed Croatian directors working along the line between animated and experimental film.

The Student and Croatian Film Competition juries are united and comprise two younger animation explorers, Nikita Diakur and Vasco S (Agouro), opposite Bruno Razum from Croatia. Razum made a name for himself with stop-motion, and Diakur with the use of dynamic computer simulation in Ugly and Fest. Sá, teaming up with David Doutel, captivates with a more classical approach in his last year’s film Augur. Doutel will be a jury member of Animafest’s new VR competition, together with world-renowned producer Marc Bertrand and the founder of the first Croatian VR studio, Legame, Milan Gostimir. Diakur is also holding a masterclass, Bertrand and Uri Kranot are speaking about new media in animation, and Sá and Doutel are presenting, with another celebrity, Regina Pessoa, contemporary Portuguese animation in this year’s national focus.

Paola Orlić detailed Animafest’s rich line-up of events outside cinemas. Sunday’s Animacycle program is complemented with a play based on Hedgehog’s Home performed by Tvornica lutaka and a screening of Eva Cvijanović’s film at Gradec, as well as the films Together and On Youth directed by students of presenting partner Banja Luka Art Academy, and animated music videos from Animafest’s Cinema for the Ear section. Saturday’s open-air screenings include last year’s winners: This Magnificent Cake! by Emma De Swaef and Marc James Roels, Boris Labbé’s La Chute and Between the Shadows by Alice Guimarães and Mónica Santos. On Monday, Gradec screens the impressive feature The Painting by Jean-François Laguionie, packed with fine art references, followed every day by different programs, like the best new films made by students from Central and Eastern Europe and the section Landscapes and Architecture from this theme program Animation and Fine Arts.

Perhaps the most attractive open-air event will take place on the last day of the festival, Saturday, June 8, when Tuškanac Open Air Cinema screens this year’s special program Take Me to the Moon, dedicated to the 50th anniversary of man’s landing on the Moon. The titles include the revived original color version of Méliès’s A Trip to the Moon, Vukotić’s Cow on the Moon, Wallace & Gromit and the fascinating recent title Solar Walk for all lovers of contemplative science fiction.

Affirming Animafest as a hotspot for audience encounters with artistic virtual reality and making space for the large number of outstanding projects, Animafest 2019 introduced a new competition with seven installations screened daily at the Grič Tunnel, from 10 a.m. to 8 p.m. The Grič Tunnel and Šira Gallery are also hosting the exhibition #fuckreality by students and teachers of the Academy of Applied Arts in Vienna, focusing on immersive, virtual and expanded reality. Finally, every day at 1:30 p.m., the Tunnel is hosting the performance Swarming Tunnel. The Faculty of Electrical Engineering and Computing is hosting a workshop on story development for video games, mentored by Emmanuel Corn, the developer of Event [0] and Endless Legend.

“The City of Zagreb finds it extremely important to make Animafest better every year and maintain the level of a world festival, the most important in Croatia. Kaptol Boutique Cinema has proven to be an excellent replacement for Europa Cinema, since it also hosts other festivals. I particularly welcome Zagrebačka banka as a sponsor, and hope this will launch a surge of investments in culture on the part of the banking sector.”

“Zagreb has had one of the finest such festivals for almost 50 years, something which should congratulate everyone in the organisational chain on and wish them an even better image year after year. Zagrebačka banka fosters a culture of social responsibility and strives to stimulate as much cultural activities, events and exhibitions as possible. Currently underway is the sixth edition of the program Moj Zaba Start, which in one of the categories supports projects of culture and science. Zaba welcomes all such projects to collaborate with us via our online application. As this year’s Animafest sponsor, we were really creative and will grab all the opportunities, especially the open air events, to make the audience comfortable with popcorn, blankets, cushions and our activities. We are particularly proud to sponsor the Student Film Competition and present the main award in this category.”

Kids Short ‘Kazumi’ Premieres for a Cause in Philadelphia July 13
‘Magic: The Gathering’ Kids’ Epic from Russo Bros. Coming to Netflix