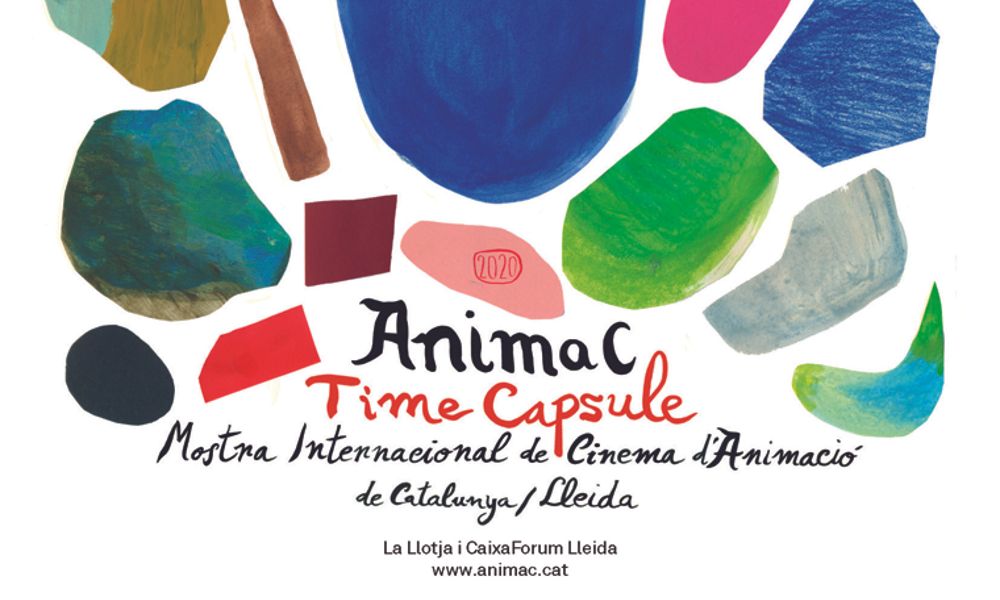 Animac, the International Animation Film Festival of Catalonia, will hold its 24th edition from February 27 to March 1 in Lleida, Spain. As well as the best animation from national and international filmmakers, the event will gather creative luminaries from around the world to share their work as well as offering workshops and networking opportunities.

The theme for 2020 is Time Capsule. As festival director Carolina López points out, animation is “a powerful medium to recover the past, collect and convey memories, the time lived and history, which enables us to talk about what is very difficult to explore using live action.” This will be reflected in a program which explores the issue of memory from diverse perspectives.

The festival will open Thursday night at the Teatre de la Llotja with a selection of shorts addressing the issue of memory from different viewpoints. These are Mémorable directed by Bruno Collet, Dcera (Daughter) directed by Daria Kashcheeva — both nominated for the best animated short Oscars — Barcelona de Foc and The Physics of Sorrow, both directed by special festival guest Theodore Ushev. The Bulgarian filmmaker will lecture on “Animation as a time capsule” on Friday.

Barcelona de Foc, which makes its premiere in Animac’s opening night screening, follows the mobilizations in Catalonia after the controversial court decision surrounding the events of October 1, 2017. Ushev visits Barcelona and reflects, with an experimental film, his impressions and feelings about the street demonstrations. This debut animated testimony once again uses the encaustic painting technique, first used in The Physics of Sorrow.

The 24th Animac will bestow the Honorary Award on William Kentridge (Johannesburg, South Africa; 1955), for being a global artist, an original and committed filmmaker, and an essential benchmark in animated memory and artistry, whose drawings go beyond the walls of the dark room to enliven the best museums of the world. Animac will offer a complete retrospective of Kentridge’s works.

An artist, performer and filmmaker, Kentrige’s “From the Stone Age” charcoals and large format drawings put him on the international art map from the 1990s. He studied Political Sciences and Fine Arts in South Africa, later joining in the world of theater in Paris. As an opera and theater director, he has worked on the characters of Woyzeck, Ubu, Lulu, Ulysses or Faust, re-contextualising them to explore current meanness, tyranny, authoritarianism and corruption. He has directed visually striking productions for the New York Metropolitan Opera and has exhibited his work at the Documenta in Kassel, the Tate Modern in London, the MoMA in New York, the Museo Reina Sofía in Madrid and the Venice Biennale. Some of his works can be seen at the Fundació Sorigué in Lleida. In 2017 Kentridge received the Princess of Asturias Award for the Arts.

Florence Miailhe, the grande dame of French animation, will receive the Animation Master Award for her prolific career. As a director, she has made nine shorts, primarily by painting under the camera lens, for which she has won 80 major awards. These include the 2002 César for the Best Short with Au premier dimanche d’août and Jury Special Mention Award at the Cannes Film Festival 2006 for Conte de quartier. In 2015 she received the Honorary Cristal at Annecy. Miailhe will also hold a masterclass on Saturday.

Miailhe’s impressionist films reflect, from a unique viewpoint, the detail of daily life with a great command of color and line. Mythology is another key influence. Notable among her works is the 23-minute sand animation short Méandres, based on Ovid’s epic poem “Metamorphosis” and made in collaboration with Elodie Bouedec and Mathilde Philippon. In the last 10 years, Miailhe has been working on her first feature film, The Crossing, exploring migration, which she is about to complete.

At the closing ceremony on March 1, the Trajectory Prize will be presented

to Jordi Artigas, for his valuable contribution to the study and dissemination of independent animation films in Catalonia and for its connection with the beginning of Animac, because in 1996 Artigas was the first director of Cinemagic, the precursor sample of what Animac is today.

The closing ceremony will feature the films Mind My Mind, directed by Floor Adams, and The One-Minute Memoir, directed by Joan C. Gratz, who will be present at Animac 2020.

This year’s festival competition received 943 projects from 61 countries. The 187 selected films together with the retrospectives and the official sections, amount to over 250 films (including shorts, feature films and series) over the four day fest at La Llotja and the CaixaForum. In total, there will be seven world premieres, five international premieres and around 40 national premieres. Notable among the shorts to be screened are Esfinge humana by Maria Lorenzo and Crazy by Inari Sirola, which will have their world premiere at Animac, as well as Carne by Kamila Kater and Purpleboy by Alexandre Siqueira.

Animac 2020 will present seven feature films, including the animated documentary Zero Impunity, part of a global transmedia project that brings together activism and investigative journalism; Marona’s Fantastic Tale by Romanian director Anca Damian, a moving story of canine innocence with playful, expressive and ground-breaking animation; and The Swallows of Kabul, a story set in Kabul in summer 1998, with a city in ruins occupied by the Taliban. There will also be three medium-length films, the premieres of The Snail and the Whale and Zog, and Strike (with director Trevor Hardy in attendance) in the youth and family section Little Animac.

Animac 2020 will welcome the Portuguese duo of director Regina Pessoa and director/producer Abi Feijó to screen their latest film, Uncle Thomas: Accounting for the Days, which won the 2020 Annie Award for best animation short and the Special Jury Award at Annecy 2019. Pessoa’s award-winning short features the music of Canadian composer Normand Roger, Animac 2018 Honorary Award. Moreover, Pessoa and Feijó will lead the animation workshop for animation students of the Leandre Cristòfol Municipal Art School in Lleida, in the framework of the 24th Animac.

established professionals. This year 39 projects at gestation stage have been received to participate in the Incubator, 22 Portfolios to be reviewed by experienced mentors, and 10 companies will take part in the Market Pitch to offer and showcase their services. This year stands out for the extraordinary quality of the national and international projects received for the Incubator, notably the one presented by the Goya best animation short 2019 winner Manuel Sirgo, or this year’s nominee, the Galicia-born David Fidalgo. This section will even spotlight the new feature film project by Little Animac special guest Trevor Hardy.

As in previous years, the educational and leisure side of Animac has its epicentre in Animacrea, where the professional stands will be combined with more playful and experimental activities for families and visitors. There will be animation workshops organized in collaboration with the best animation schools in Catalonia so that audiences of all ages can try their hand at animation using all techniques, manual and digital. Moreover, there is also the Open Screen and Kids Space for the youngest guests. In the educational framework of Animac 2020, workshops for young people of the city and for teachers will be held, along with those of Animacrea.

And, as ever, Animac brings animated cinema to children and young people through the School Sessions, to be held from February 24 to February 28, with a total of 10,500 students registered. 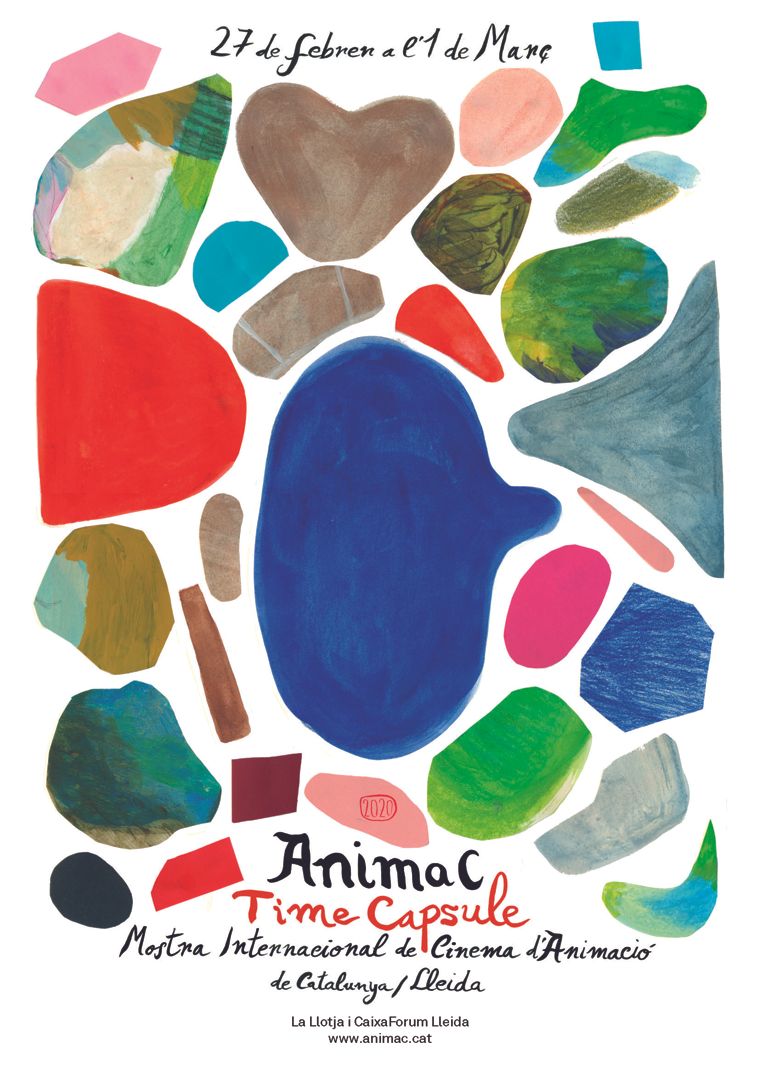